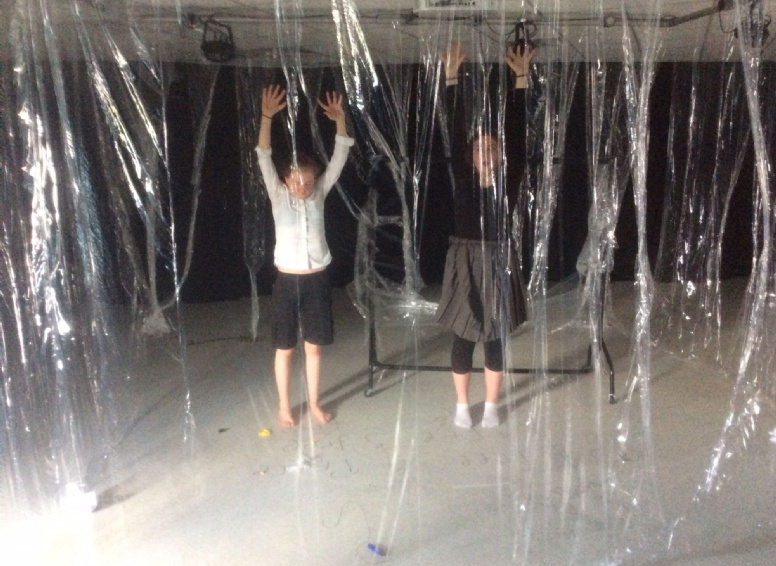 Us/Them is a relatively new play which was released at the Edinburgh fringe in 2016 which due to its enormous success, toured to the National Theatre. We initially noticed the play as something that had become incredibly popular in the theatre world but also as a play that really captured modern issues in a way which theatre hadn’t done so before. The piece is about two children who explain the events of the Beslan School siege in Russia 2004, as two of the 1200 children held hostage in the school gymnasium.

The piece is incredibly current. Its artistic flair for portraying such a tragic event which happened over 10 years ago in such a fresh and contemporary way was something that really appealed to us; the idea that these monstrosities happened so long ago and are still occurring in modern life. From the performance element, the piece initially was very difficult. Not only were we performing from the mindset and a body of 7 year olds, the situation that they were in was so different to anything that either of us could relate to ourselves. As performers, a lot of research went into our characters. Researching the attacks themselves was rather horrific to read about/watch and we wanted our audience to have the same effect and somewhat even more so because the events were being relayed to them by us as children.

The two characters were very interesting to play. Being only a two person year12 drama class, we were initially drawn to the relationship between the two characters. Sofia played the girl and Alice played the boy, and we decided that the two characters didn’t know each other before the event. Despite being very young, the two characters began to care for each other very quickly and developed a very close bond.  They way in which the two characters as children retold the events of what had happened was something that we really drove in the piece. As young adults, we often respond to these horrific attacks in a mature and respectful way, where we mourn those lost. However, these children responded in a very childlike way, which cut out all the emotional attachment and was purely based on fact. There were no screams, no tears, no cuteness. The ‘boy’ is obsessed with statistics and the way the numbers of each female and male terrorist could divide by those held hostage. The ‘girl’ was slightly more emotional about her situation, yet still found the way to relate the situation as a game you’d play with barbies. Overall, I think that this is what made the overall piece quite sad and far more harrowing; the fact we can respond to it as being horrified and devastated, but to children, all that emotion is bypassed and the point of the piece is told in a much bolder way. Theatre nowadays tends to miss that out and political plays like Us/Them are told in a far more mature way which strips out the real emotion of how the people themselves experienced it. Many playwrights would retell the story of the Beslan Attacks in an incredibly cathartic way, however in Wij’s script, it explains the events with the earnest concentration of children recalling the rules of a particularly absorbing game; a way of storytelling which is incredibly fresh to see in theatre.

We also used an incredibly challenging set. In the current production by the Belgian theatre company Bronks, they used strings of wire completely covering the stage to emphasise the hostage situation. Although it looks very effective, we both decided to go for something different. Both of us are incredibly wacky with our ideas; it started off as sand on the floor, then potentially soil and then even a floor made of blackboard and a roof full of ping pong balls which fell during the performance. However, we ended up designing a box made of what was essentially cling film in which we attached to the lighting rig. Us two performers performed in the box as the audience sat around it, symbolic of the hostage situation we were in. The box was incomprehensibly warm. We certainly built up a sweat working in such small conditions with high energy movement sequences, however it really effectively showed the uncomfortable environment which the children were in.

After working on the piece for about a month, we gave a small performance of the piece at lunchtime on 6th April 2017. It was great to see so many girls engaging with theatre, especially in a lunchtime and it’ll be great to do more performances in the future during lunch. Thank you to everyone who came. We continue to remembrer the 334 children that died in the Beslan school siege of September 2004. 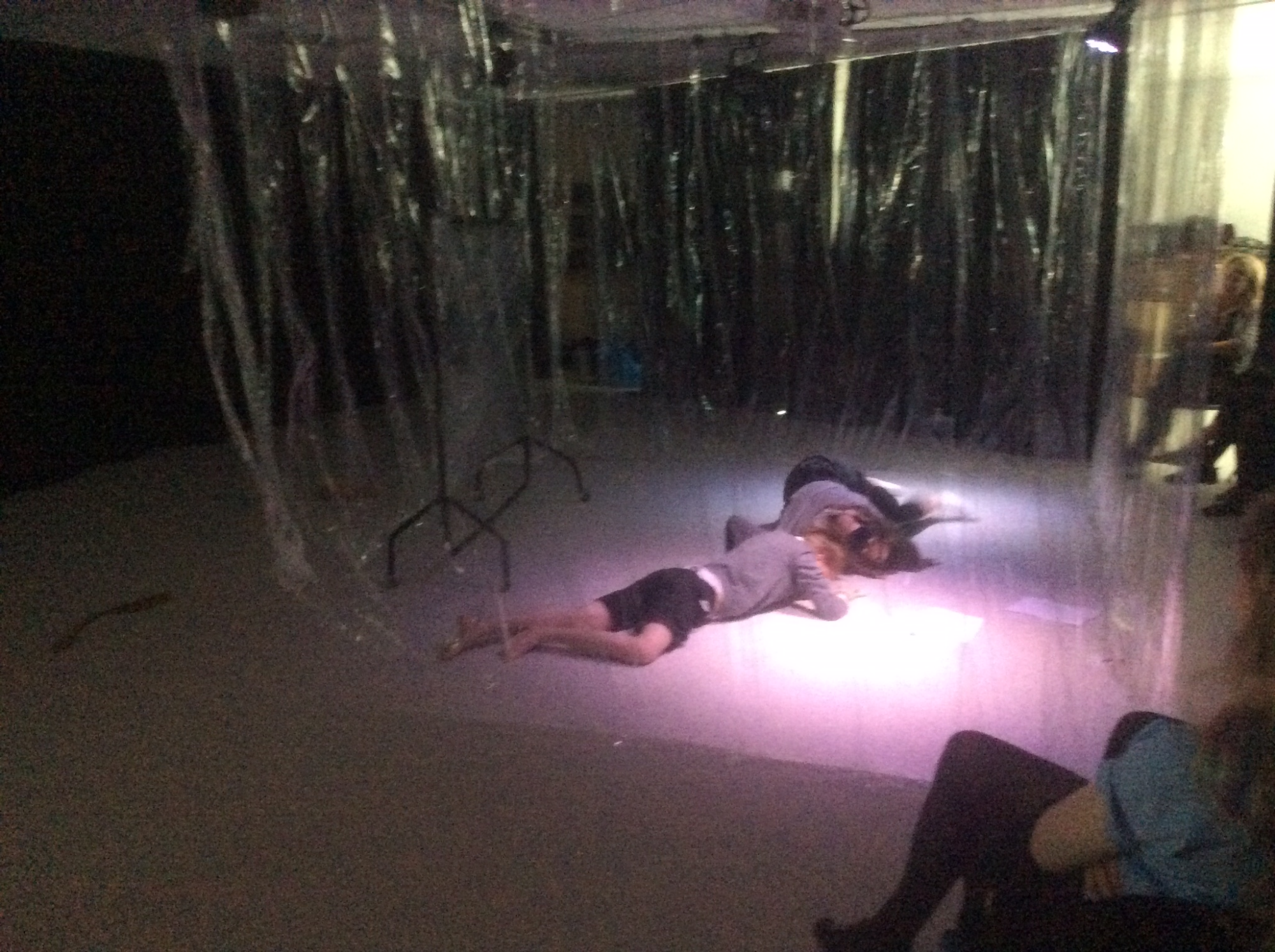