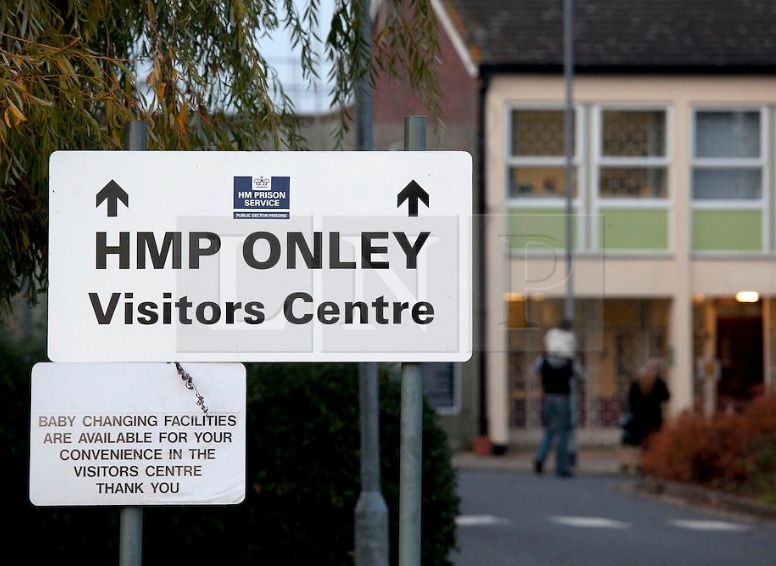 On Wednesday 3rd May, seven Year 13 Psychology and Sociology students had the opportunity to visit HMP Onley, Rugby.  Here is their review of the day.

After an early start we arrived at 9am and initially needed to pass the strict security with all our ID’s checked and checked again!  We met our guides for the day, Supervising Officer Wale and Prison Officer Sutton who took us first to the Visitor’s Centre where the prisoners have visits from their family and friends.  The layout of the room was the first real indication that we were in a prison: the chairs were all arranged so as to have the prisoner on one side and the family on the other.  This is because prisoners are not allowed to move close to their visitors and there always has to be table in between them to avoid passing restricted objects.

From here we were taken to the reception area where all prisoners are processed upon entry and departure. Our guides showed us their uniforms with the baton and hand cuffs  We learnt about the various types of handcuffs used to escort prisoners to and from the prison, for example if they have a doctor’s appointment and also learnt that on occasion guards will take 13 hour shifts if say the prisoner has to spend any length of time in hospital.

We then were given a tour of most of the main areas around the prison, including different wings, the gym and the many work spaces the prisoners go to for training and to earn money.

We were shown a variety of different cells and learnt that if the prisoners are well behaved during their sentence they are allowed certain privileges – on L wing, cells have “en-suites” of a fashion. The gym was a lot larger than any of us had expected, with all prisoners taking part in physical activity for at least two hours a week.

The work spaces are for the various courses a prisoner can enrol on and these include Halfords Academy, a waste management unit and concrete building.  All of these focus on rehabilitation, providing the prisoners with qualifications, skills and activities whilst in prison as well as an income of about £10 a week, which for many is their lifeline.

At midday, we were taken to the Intervention Management Unit, where we met the staff who run the programmes to help the prisoners. We learnt about 3 programmes that HMP Onley provides; TSP (Thinking Skills programme), Revolve and ARV (Alcohol Related Violence). We took part in an activity similar to one the prisoners might complete about perceptual thinking;  discussing the idea of whether prisoners should be allowed to vote.  We asked the staff many questions about whether they believed prisoners could be rehabilitated to which they responded positively.

Before lunch, we went to the C and R Unit (Control and Restraint) where we were shown all the protective clothing worn by prison officers during particularly challenging situations.  This included the helmet, shields and batons. We then watched a simulated training exercise in a mock prison cell with the trainer acting as the prisoner. The ‘prisoner’ in the situation was non-compliant with a weapon. The guards soon detained him against the wall of the cell and retrieved his weapon. It was a very aggressive yet prompt response, highlighting just how physically demanding being a prison guard can be. We were all quite shocked at witnessing such force against one individual, but understood that in certain circumstances it might necessary to prevent injury to the prisoner or others.

After lunch we met with the Deputy Governor of the prison. He told us about his role as Governor and we then had the opportunity to ask any questions.  These included his opinion on whether should prisoners get the right to vote, how much interaction he has with prisoners, if he thought the prison could use renewable energy sources in the future and if the corruption shown in the media was realistic or exaggerated. He was very happy to discuss these issues with us, and also told us about attempted smuggling of contraband which they had captured before it reached the prisoners.  We learnt about the problems the prison is facing due to Spice (a synthetic drug which causes the user to become ‘possessed’ and violent)  He also told us about what the prison system is doing to tackle the issues and rehabilitate and care for the prisoners as best they can.

It was a very enlightening visit and we all left with a clearer image of the prison community and its role within our society.  It was a fantastic day, giving us the opportunity to further enhance our studies but perhaps more importantly broaden our horizons.

Built as a Borstal in 1968 Onley held Young Offenders until 1998 when Juvenile prisons joined the YO population. The Juvenile population was replaced by sentenced adults in March 2004.  Re-roling to a full Adult Cat C Training Establishment in March 2010.  From 2013 HMP Onley was designated as a Resettlement Prison for Greater London.

The role of the establishment is to house a proportion of London prisoners approaching the end of their sentence with a view to accessing Community Rehabilitation Companies (CPA Area 20) to prepare them for release into their home area.
Onley is a Category C Resettlement Establishment, accepting prisoners from the London area with a sentence of 1 to 4 years and longer term prisoners who are approaching the end of their sentence.