To mark Holocaust Memorial Day this year, Mrs Beetson challenged her Year 12 Art group with an unexpected brief; create an installation piece in the style of Christian Boltanski.  Equipped with only a few examples of the French artist’s work, and wearing more confused faces than normal, we promptly took to the task.  As we desperately researched the artist, trying to figure out just how we would approach this new project, we discovered where Mrs Beetson’s determination to build this installation came from.

Boltanski’s lone portraits of dark haired children, lit by a single, wired light bulb or piles of children’s clothes reaching over three-foot-high, generates a profound atmosphere.  Commenting on the tragic loss of six million lives, purposefully presenting a lack of context in his work, the artist does not acknowledge this connection, but only suggests it.  The viewer decides the purpose of the piece by their own influence, and as a group, we decided that it was clear what motivated the installation artist.

The atmosphere of the sixth form art studio then turned from perplexed to inspired very quickly.  All, driven by one goal, we started to brainstorm ideas.  The difference in approach to the project was something pleasantly refreshing. Alice Pearson frantically gathered materials to build her tribute to the Orvits Family, even donating her own shoes to her piece.  Others took this opportunity to convey some words of wisdom.  Molly Barber created an eight by four-foot quote on black paper which she then painted with her feet.

As we all busied ourselves with this project, the studio filled with objects; teddy bears, flowers, shoes, jumpers, dresses, books, poetry, suitcases even miniature LED lights.  By Thursday morning we were drowned in lost property clothes, searching for material that was “just right”.  Artistic opinions were flying, and the final elements of our pieces were being gathered.  As eleven o’clock drew nearer, some of us began migrating over to the Sports Hall.

Weighted by an unhelpful box of clothes I swung open the studio door only to be blown back by an uninviting gust of wind.  On noticing my frown, Lucy Harwood remarked, “Boltanski always schedules his installations for dark, rainy days.”  Taking in this ominous comment and feeling like the atmosphere was set for the better, we made our way to the Sports Hall, lugging boxes of clothes, broken suitcases and a whole manner of strange assortments.

Once inside the hall, and out of our small studio spaces, we began to see just how much space there was to fill.  It was terrifying!  We were in desperate need of some organisation and in that moment, Mrs Beetson walked in followed by twenty, eager looking Year 9 girls.  Immediately we put them to work, helping us to set up our pieces, fetch materials and contribute some much needed, objective opinions.  With our motivation positively restored, we persisted. Pedantically arranging teddy bears and clothes to perfection, observing our work from all angles and finally stepping back and admitting we were done.

Viewing the final twelve pieces all together was astounding.  The impact of every piece generated an atmosphere so powerful, that the room became awash with emotion. Knowing we had done all we could, we opened the doors.  Viewers were invited to view the pieces only by torchlight (or the light from their mobile phones!).  The first viewers tiptoed in, seemingly unsure of what to expect.  Guided only by the white light of their phone torches, they found the first piece and soon became absorbed in the objects in front of them.  Admiring the work from all angles, they knelt to read sombre, handmade labels and walked backwards observing the taller elements holistically.  As they viewed our work we awaited their verdicts, nervously clinging to elements of passing conversation.

Fortunately for us, we were provided with many more opinions.  From the point of the doors opening, people kept pouring in. From Year Y upwards to teachers, the turnout was incredible.  All making their way through the methodically laid out pieces, observing the intricacies of our work that we’d obsessed over for the past two weeks.

The response was unbelievable.

Each viewer I spoke to was genuinely moved.  The relatability of clothes, household objects and children’s toys seemed to resonate with many as a raw portrayal of humanity.  The comments from several teachers and students about the profoundness of the installation was truly astonishing.  Our installation had provoked such a strong emotional response; admittedly, stronger than we had expected.  I think we’d all agree that our goal was achieved.

Marking such a profound event with this installation revealed the Holocaust in a whole new light for us.  We were given the privilege of telling the stories of the six million, innocent victims.  We stressed the importance of remembrance throughout the school about an event that clearly provokes just as much emotion today as it always has, and lest we forget, forever will. 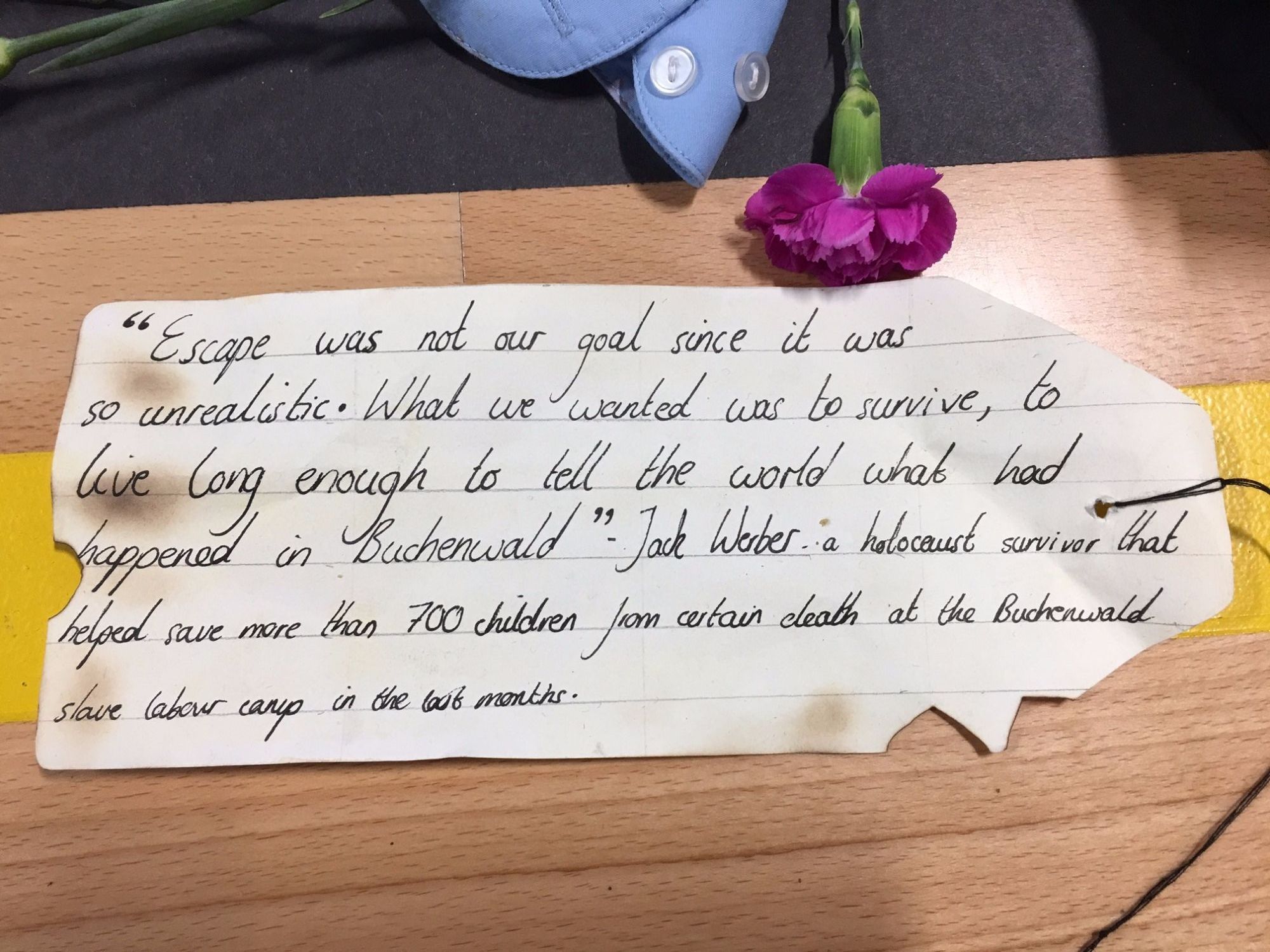 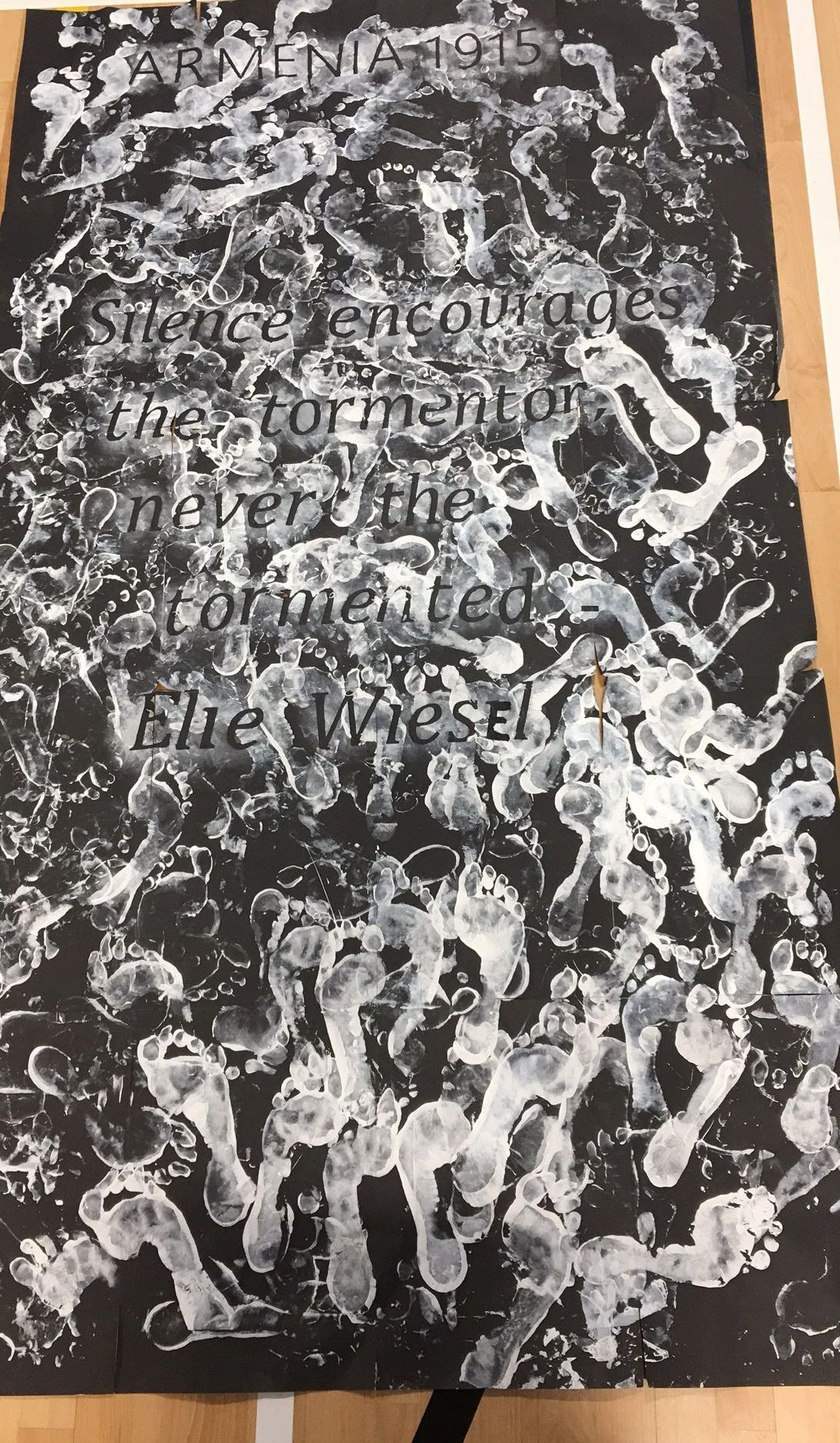 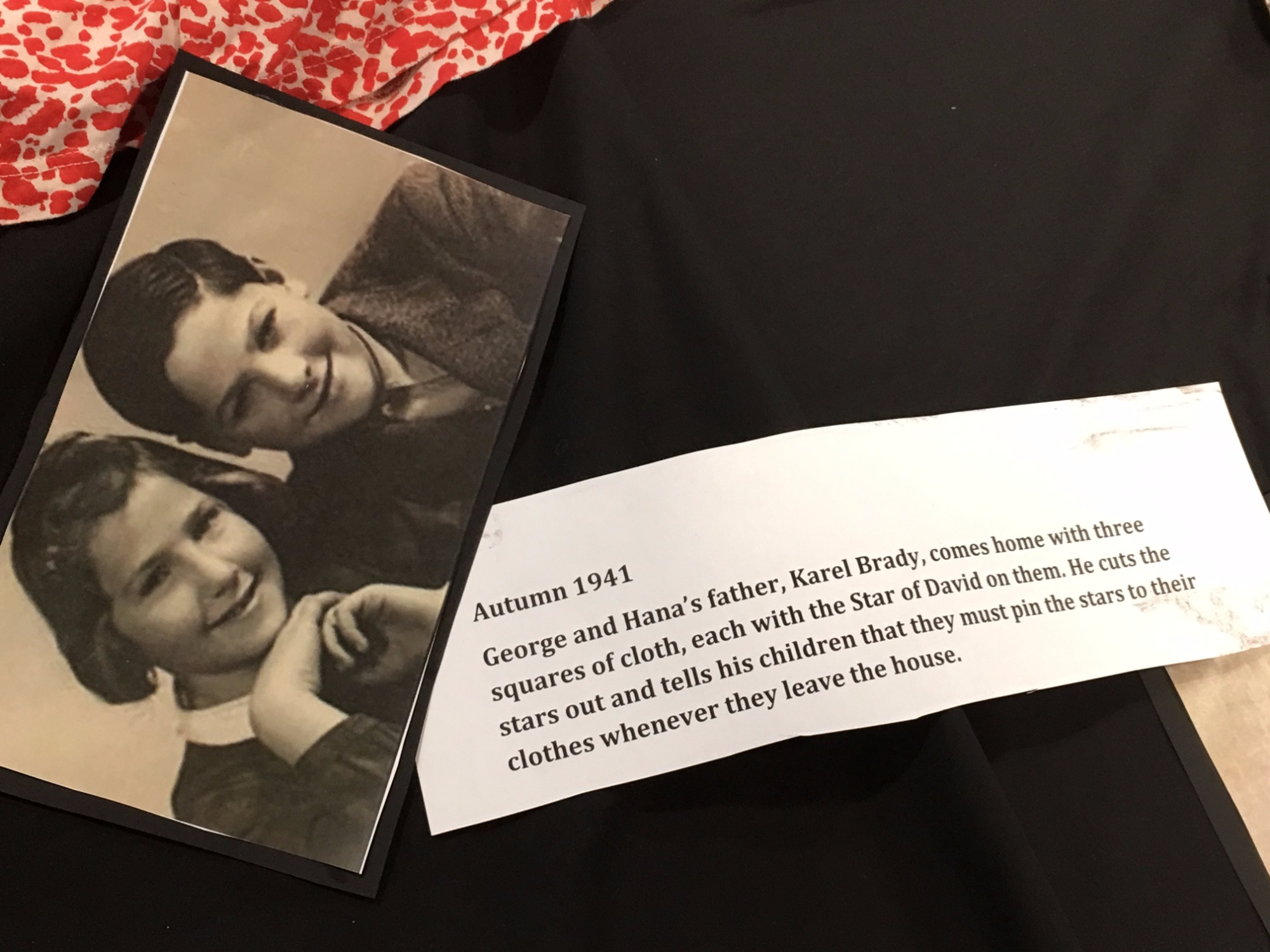 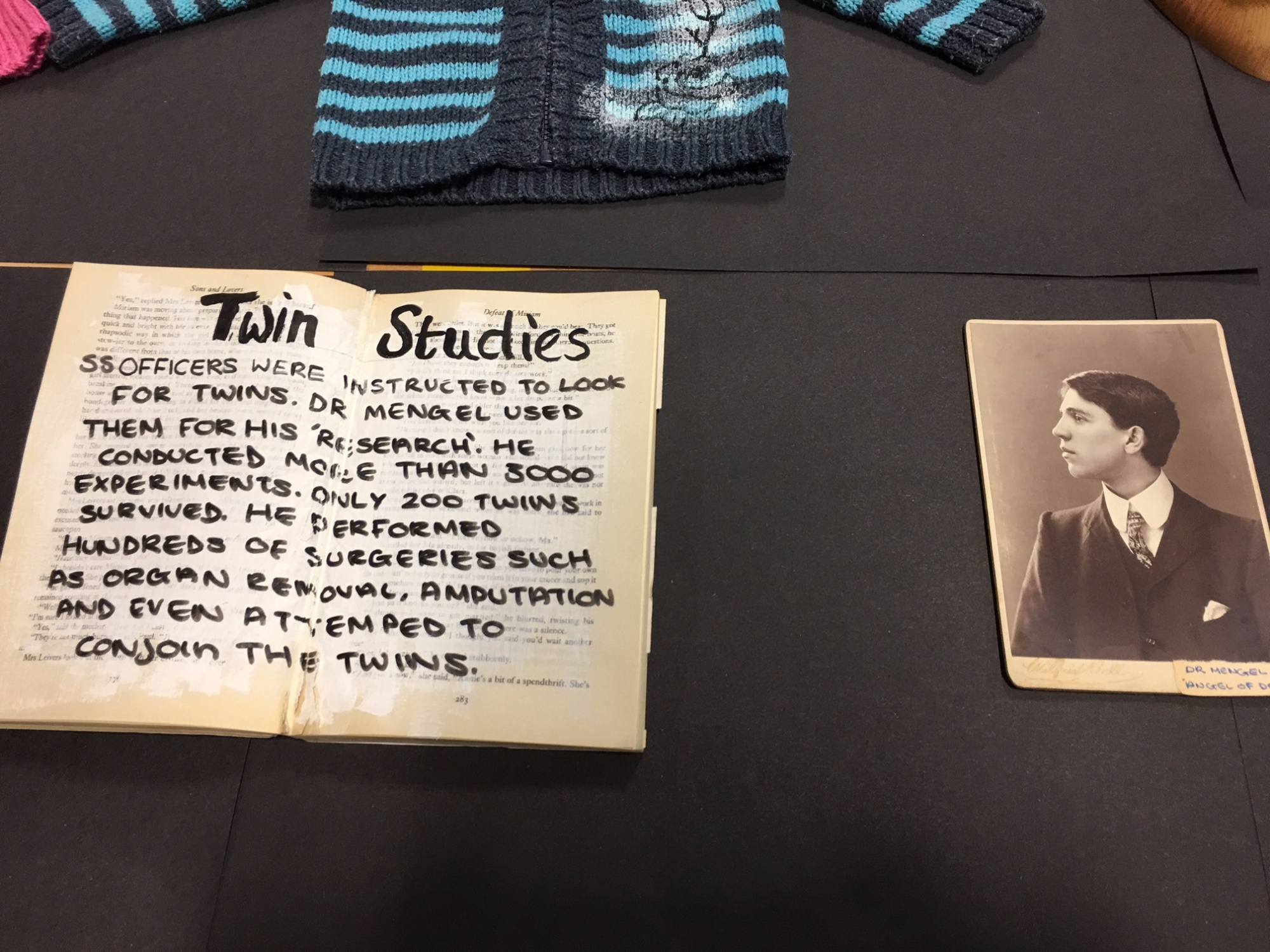 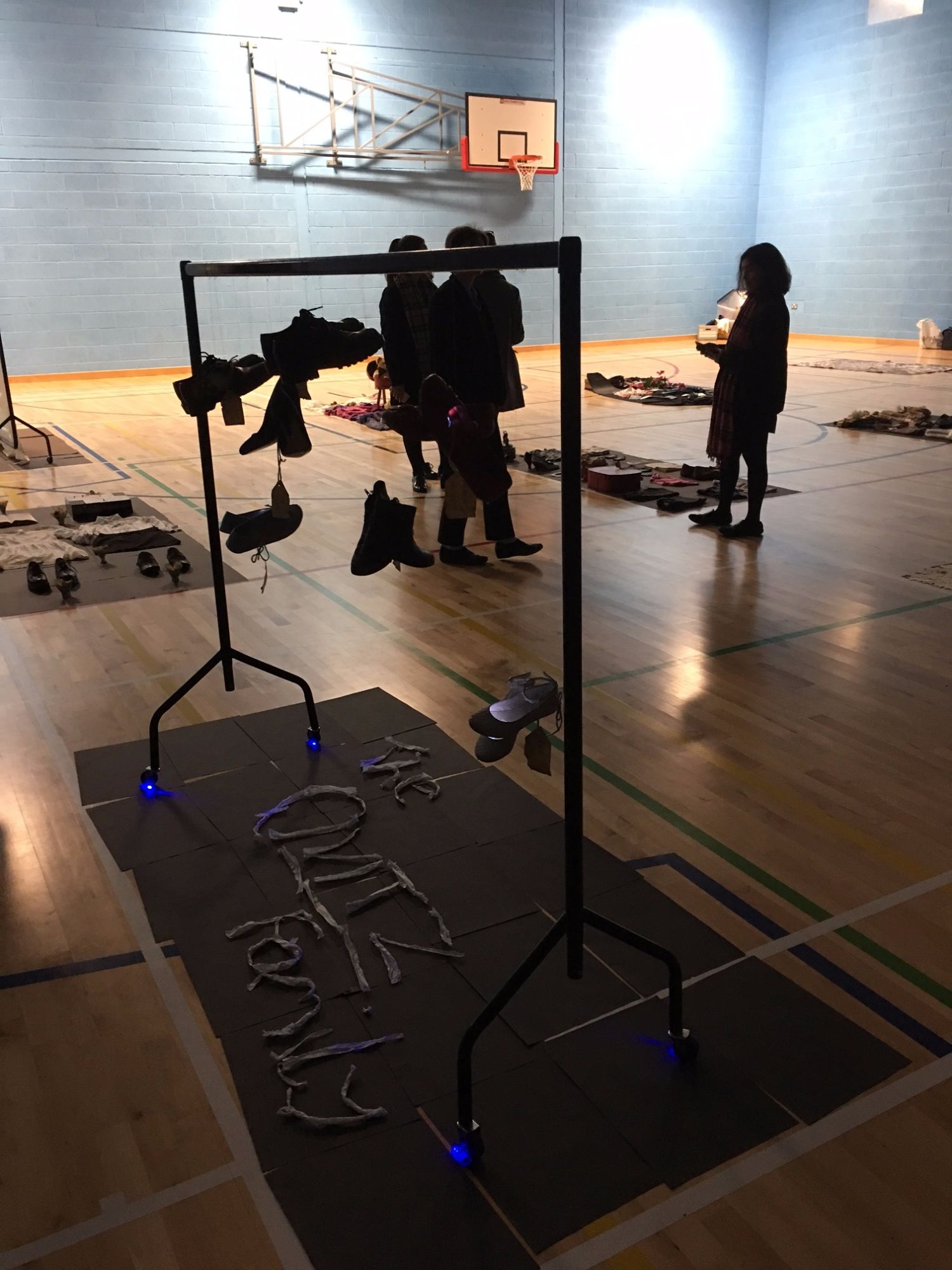 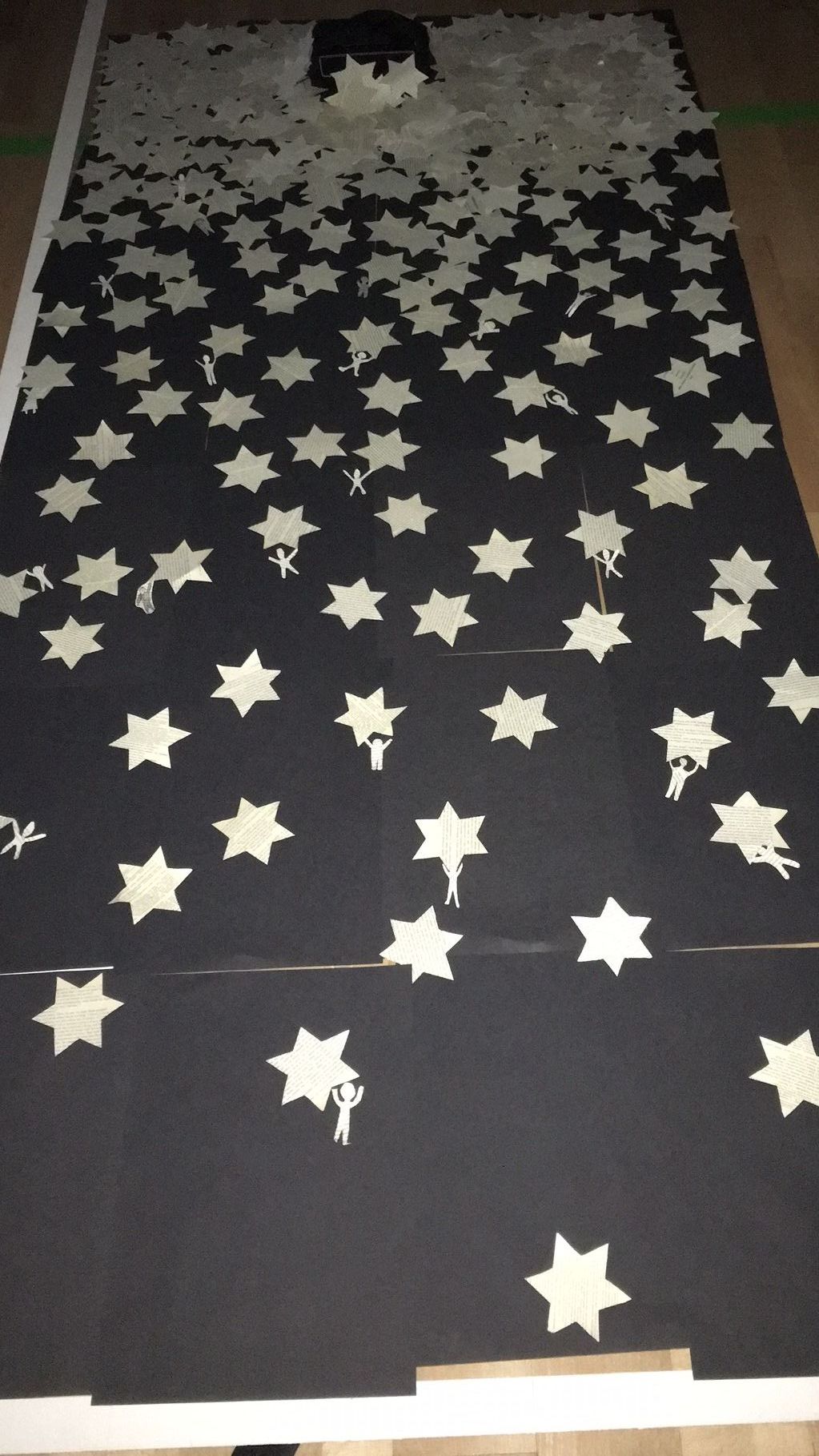 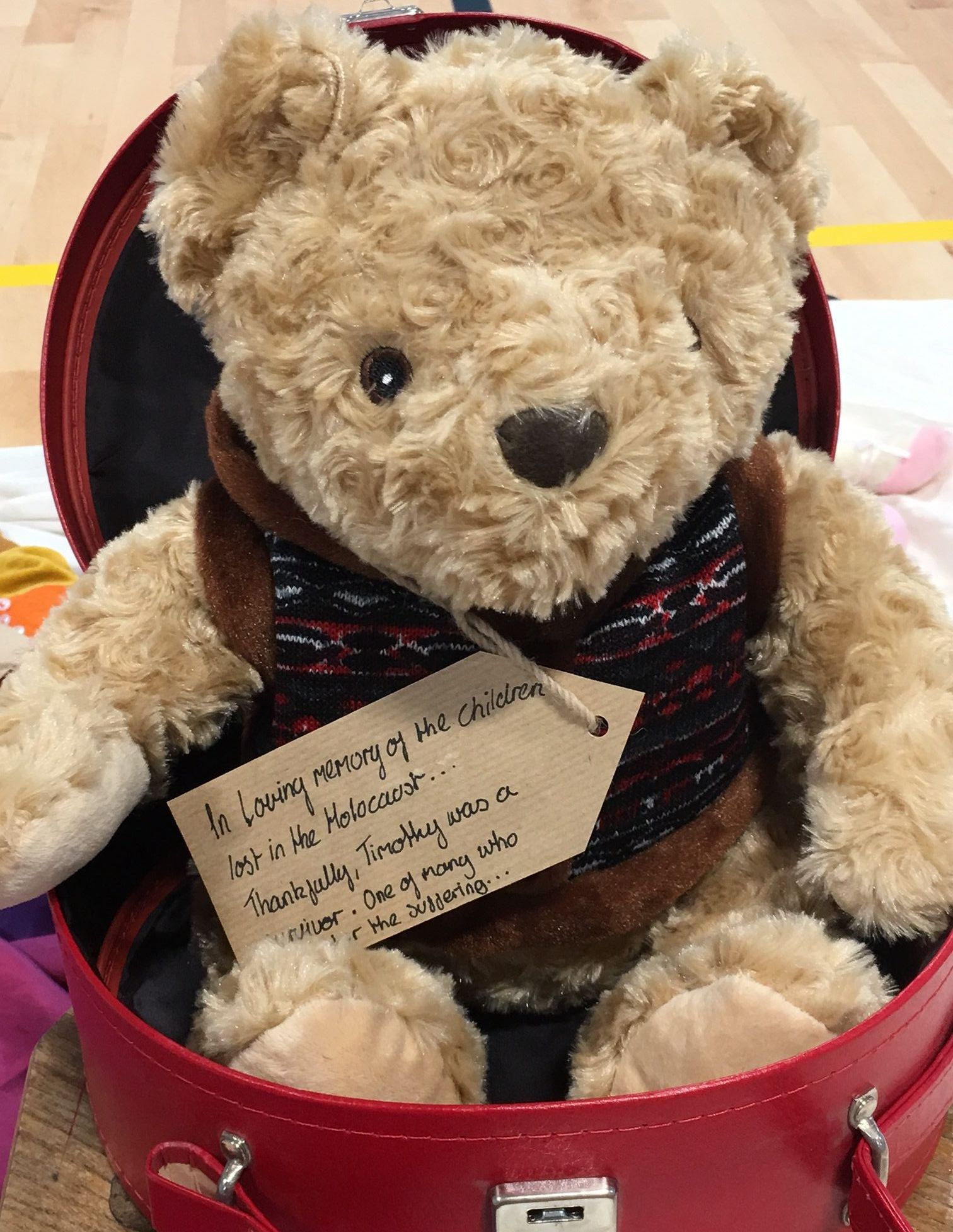 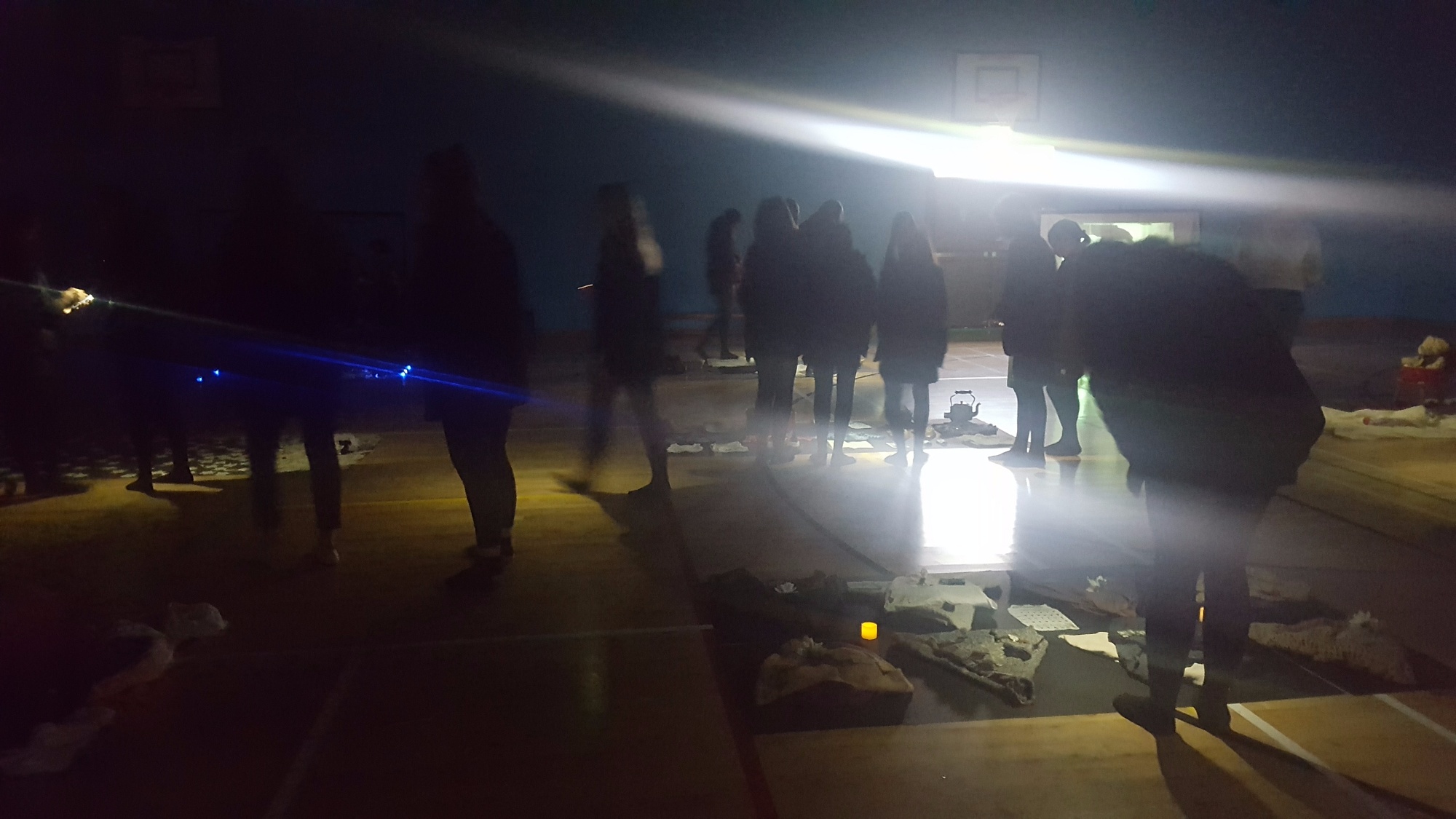 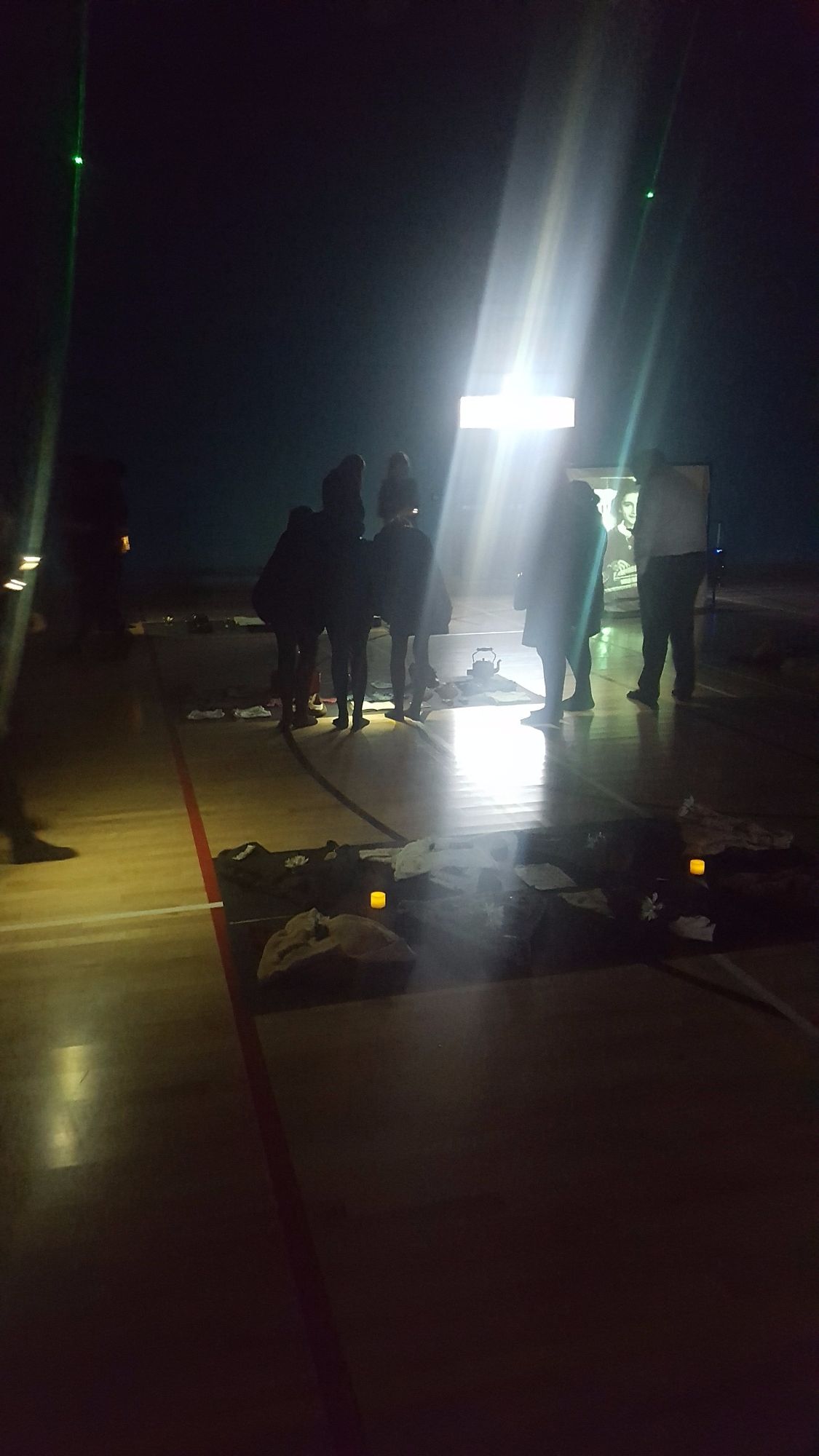