On Wednesday 18th October 39 students and 4 staff embarked on a hockey tour to Rotterdam. The early start did not deter the girls who sang the majority of the way to Rotterdam. Our home for the next few days was a rather striking building made up of yellow cubes by the harbour in Rotterdam. After a good nights sleep - by the staff! - we headed to our host club, Rotterdam HC. One of the top clubs in the Netherlands it was such a great opportunity to be coached by some of their 1st team players. The girls had two training sessions on Thursday, and they learnt so much from them. It was then time to put their skills into action against Rotterdam's junior teams, both our U13 and U14 teams played some excellent hockey against very strong opposition. This, for some, was only their second ever 11 aside game! Both teams lost their matches but gained a great deal from playing against a more experienced side.

Friday morning brought another fantastic training session.  Upon arrival at Rotterdam HC we noticed a familiar orange kit and realised that some of the men's national team were training.  The girls watched in awe at the skills shown by these men.

The afternoon was spent shopping in a local shopping centre - the highlight finding a cafe selling the most delicious cinnamon buns!!  Our evening was spent at another hockey club where SGGS again showed steely determination against some excellent players. All of our girls stepped up their game, with some brave defending on show and a few goals scored too.

Our last day began with one more training session and was followed by our goodbyes to Rotterdam HC, before embarking on what ended up being a very long journey home, thanks to storm Brian hampering our ferry crossing. Every single one of our students was a credit to the school and an absolute pleasure to take on tour.

We set off on Wednesday 18th October at 5:30am. It was a long journey and the staff were great at keeping us entertained!

When we arrived in Rotterdam we were quick to find our hotel, the cube houses, and had dinner at the hotel. The next day we had a very quick breakfast before we hopped onto the coach to Rotterdam HC for our first training session. It was brilliant!  We then had lunch at the club, followed by another training session.  The coaches were fantastic and we all felt that our skills were improving.

Afterwards, it was a quick turnaround as we had a fixture against Rotterdam HC girls' team. Firstly, there was an 11-a-side match for the U14’s, followed by a 6-a-side match for U13 and U14 teams.  We gave it our best efforts, but were unsuccessful in winning.  It was an exhilerating experience and we learned a lot.

On Friday we had another training session in the morning and afterwards we went shopping in Rotterdam.  It was raining so we went to an indoor shopping centre, which was full of new shops and we had a great time there - there was lots to see!  In the evening we had a fixture against Capelle. U14’s used their newly improved skills but sadly for us this team was better and we lost. Our U13’s also played some brilliant hockey, unfortunately loosing 4-2 in the end.

The trip went so quickly and before we knew it, it was time to come back home.  We packed our belongings up and left early Saturday morning, via Rotterdam HC for one last training session. We were lucky enough to be going on after some of the Netherlands hockey team, who we watched for a while and then got a picture with.

After an amazing training session with the professionals we left for our journey back, stopping at a Belgium chocolate shop and with the kind permission of Mrs Scott, we were allowed to spend 5 Euros.   Our ferry was delayed and the journey itself was fairly rocky, but we made it back safely and the staff were brilliant.  Their game of 2 Truths & 1 Lie  was hilarious and really helped us to pass the time!

Overall, the trip was amazing, thanks to the staff, the hockey club and everyone else involved.  It was an incredible opportunity and definitely one we won't forget.  Thanks to everyone who made it possible.

Overall this trip was amazing due to the staff, the people at the hockey club and everyone involved, it is one to remember! 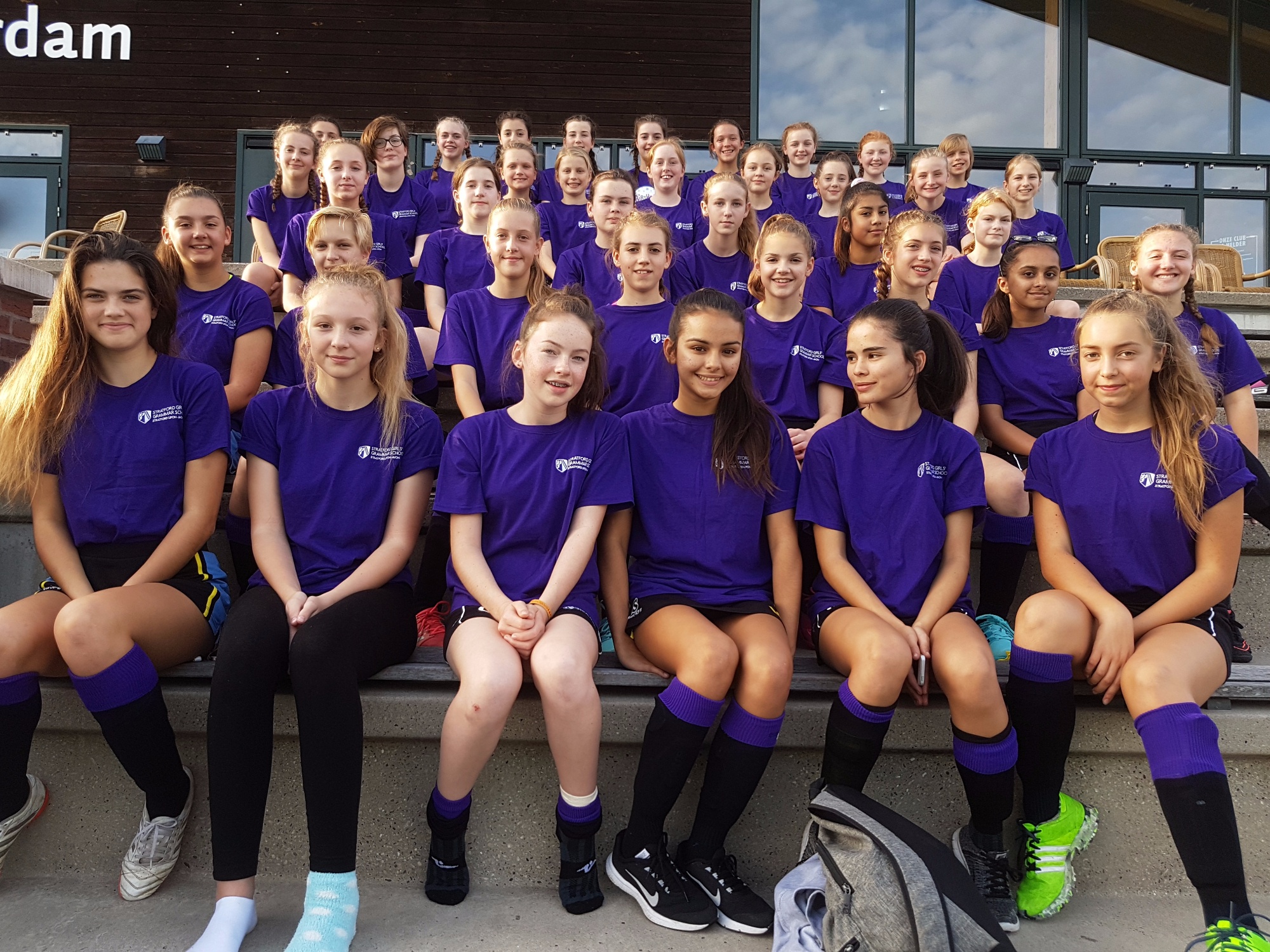 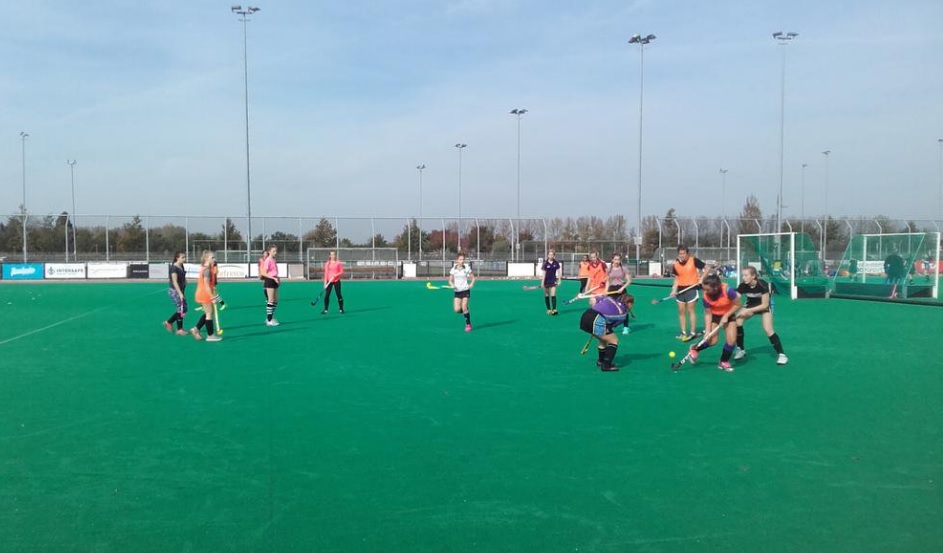 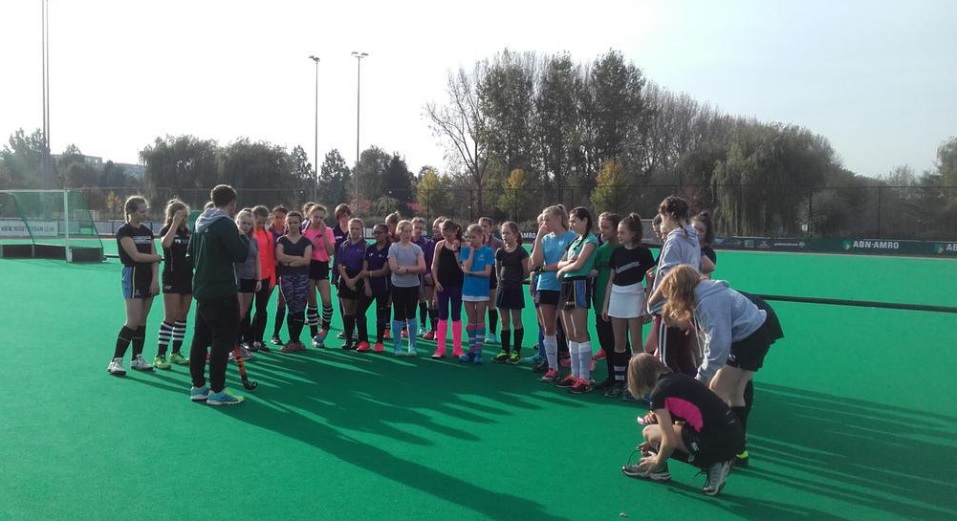