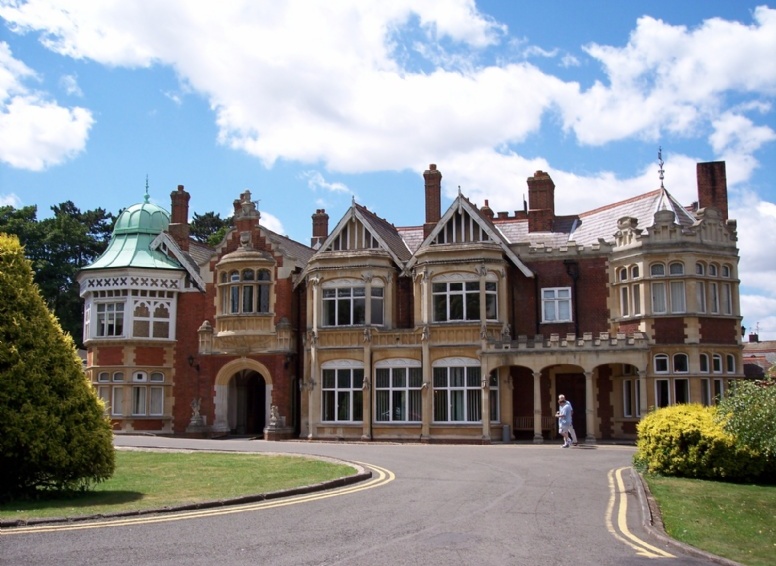 On Thursday the 24th September, the Year 11 GCSE Computing Class went on a field trip to Bletchley Park, as ciphers and codes are a major theme in this year’s GCSE programming project.  Bletchley was the site of most British code-breaking of encrypted German messages during WWII - there was even a film based around events at the site released last year (The Imitation Game, starring Benedict Cumberbatch).

Today Bletchley is a collection of museums and exhibitions, which our group toured in the morning.  These included a modern museum, featuring several WWII Enigma machines (worth £100,000 today) and other fascinating artefacts.  We then went to the Visitor Centre, which as well as a gift shop and café featured a brand new exhibition by MacAfee Security, involving lots of interactive games and tests in a fast-paced futuristic environment.  After that, we headed to Hut One, which was originally the home of the first Bombe (decoding machine) but is now an eating area, for lunch.

After lunch we went on a guided tour around the museum and looked at some of the huts that coders, such as Alan Turing, worked in.  The man who took us on a guided tour was extremely knowledgeable about Bletchley’s history and it was enormously interesting to listen to him recount events such as how they sent out crossword puzzles to recruit new code-breakers.  He then left us as we arrived at the different huts, Huts 6, 8 and 11.  Each hut was a replica of what it was like in the 1940s and it was interesting to see where Turing and Co would have worked.

We then took part in a classroom lesson on breaking ciphers.  We were lucky enough to have the opportunity to look at and touch a real enigma machine; the same one that was used in The Imitation Game.  The rest of the afternoon was spent deciphering various codes, such as Caesar Cipher and the Enigma code itself, in a race to see who could crack the code first!  Overall, the day was both fun and educational and a great experience for us all.