In July, we had our first Model United Nations day, along with a group of Year 9 and Year 10 girls, and a small group of sixth formers, who were charged with helping out, and in some parts, running the day.  Here, sixth former Kate tells us more about the day.

Model United Nations is defined as “an extra-curricular activity in which students role-play delegates from member countries of the United Nations,” and in essence, that is what we were asked to do.

The day was split up into five key parts.  We were divided up into groups of around two or three and each assigned a member country of the UN, ranging from Macedonia to China.  We were then notified of the topic of discussion for the day: our views on Children's Rights.

Our first task was to find out as much information about our country as possible, anything from political structure to economy.  This enabled us to be fully prepared for the next task of the day.  Shortly after they had settled into their roles, a delegate from each member country was asked to present their policy statement, which outlined their country’s views of the issue.  This was the first opportunity for the girls to really stand behind the views of their country.  To make it as realistic as possible they had to:

-  Address the Chair of the General Assembly

-  Start their speech with something along the lines of, 'Honourable Chair, distinguished delegates...'

-  Not saying 'I' or 'we', but rather 'Canada thinks' or 'Mozambique agrees', to reinforce the reality of the task.

Following this, we had a conference lunch during which we pursued identified allies, in order to influence and negotiate with other delegates, and to have something to eat - an understated, and cunning way to make the most of a free lunch!

In the penultimate part of the day, we were tasked with creating a resolution; a well-researched and well-written policy statement.  In this instance, the countries were able to partner up with their allies to write the statement.  It was clear that the greater the amount of time spent lobbying during lunch, the stronger the resolution.  Using the writing guidance given by the Chair, each group of countries argued on three or four bullet points which expressed their understanding of the issue.  They were tasked with agreeing on two or three bullet points and explaining what solution they would like to adopt; the Chair, (in this case, myself and Lamorna Jarvis) were there to help the groups to reach a consensus.  The girls were put under pressure to deliver the resolution to the Chair by 2.20PM which allowed their true colours to be shown; all in the name of Children's Rights!

For the final part of ‘Stratford Girls’ Grammar does MUN’, the Chair selected a Resolution for the debate and voted. Following the decision made by the Chair, the delegates were allowed to submit amendments to the Chair for debate, and we as the Chair, were tasked with choosing which amendments to present to continue the debate.

During the actual debate, delegates were not permitted to talk, which proved difficult for countries such as Saudi Arabia and China who felt particularly passionate about the subject at hand!  Once the debate had taken place, the Chair decided on whether to pass the resolution presented, and today at the General Assembly, the resolution was passed, proving that the day had been a success!

MUN was chosen as an activity because not only did it get us thinking a little bit outside the box, it also helped us to greatly improve our public speaking, negotiation skills and their overall communication;  all of which will be useful in any subject after the debate! 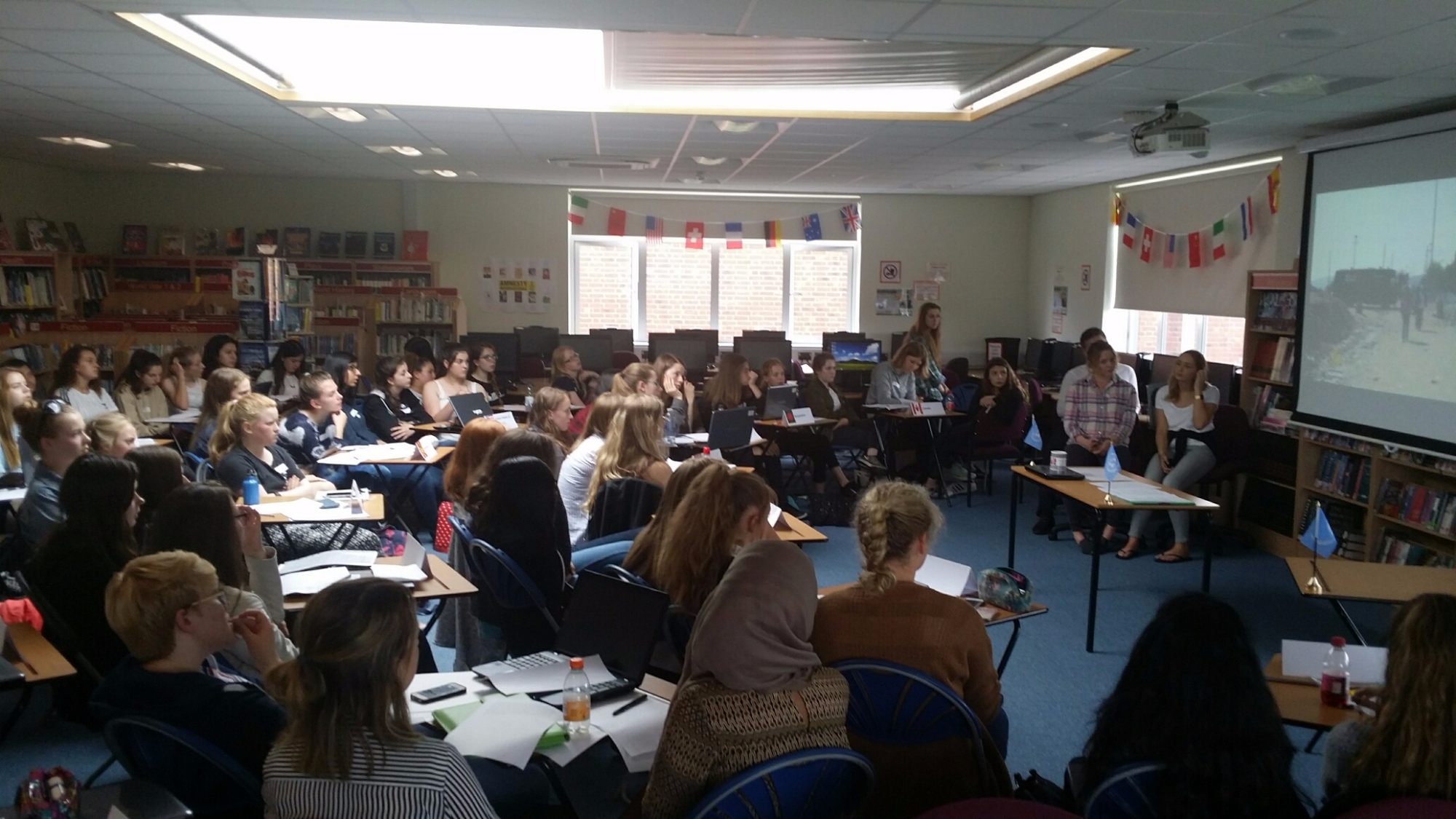 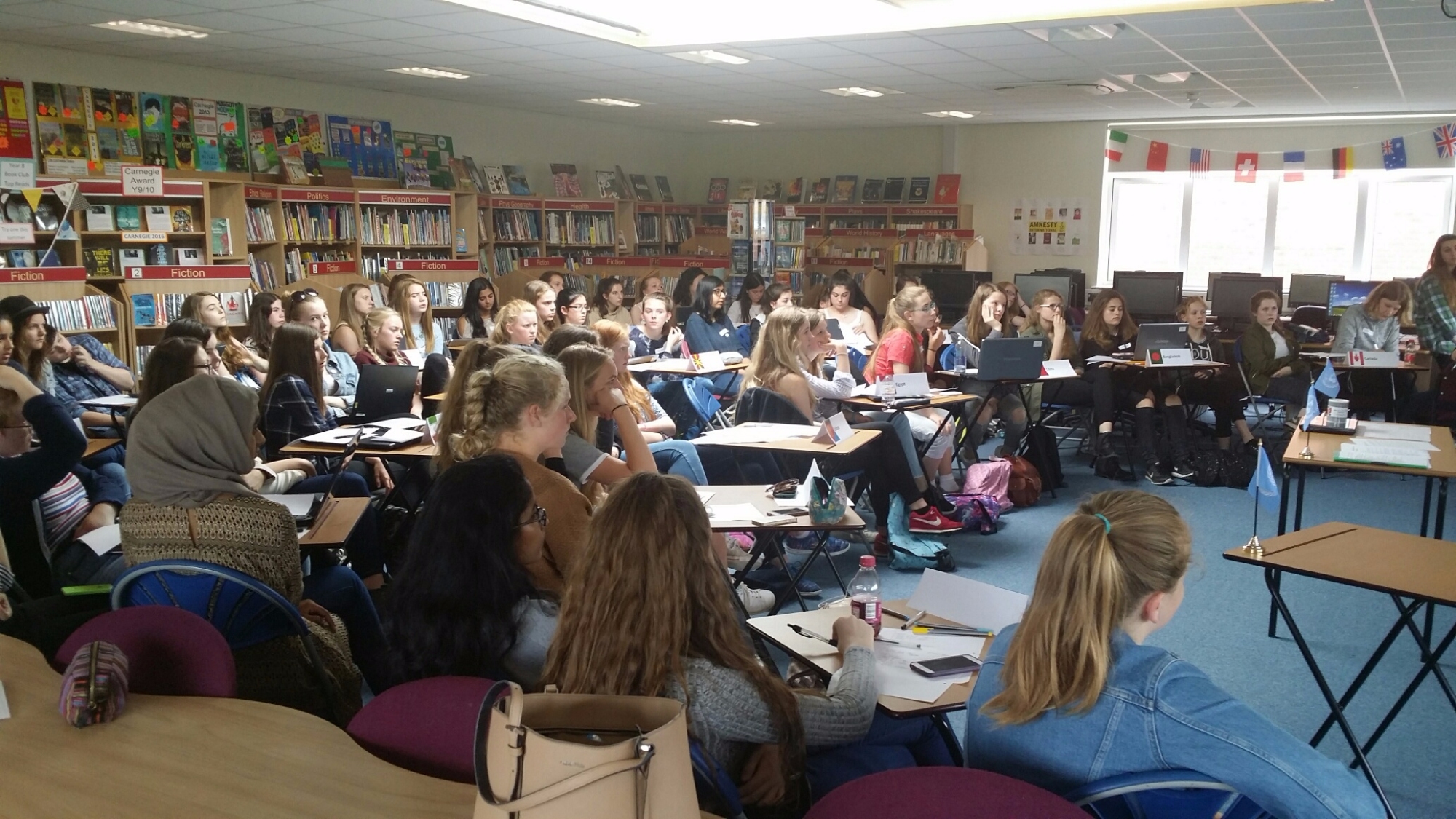 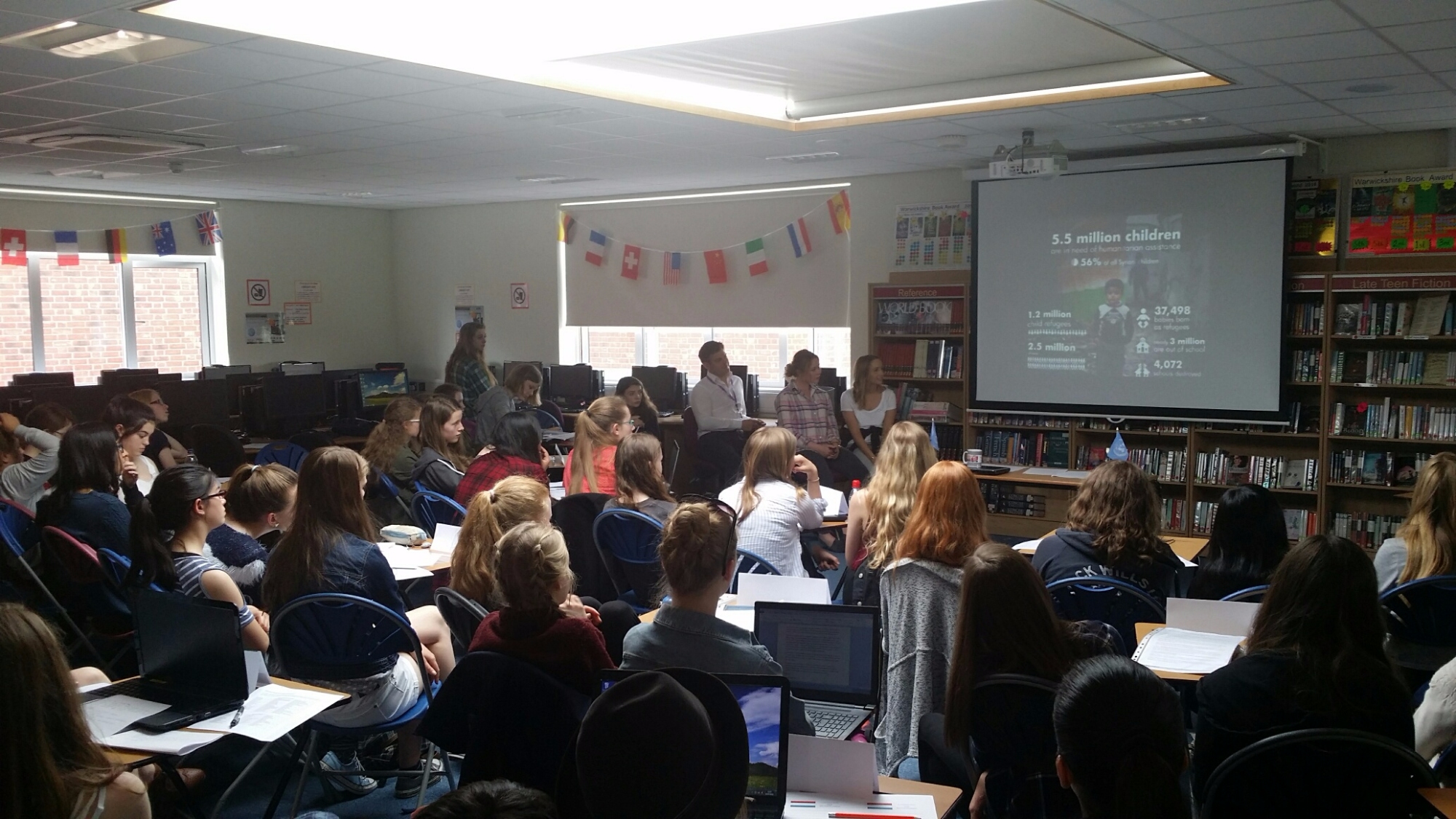 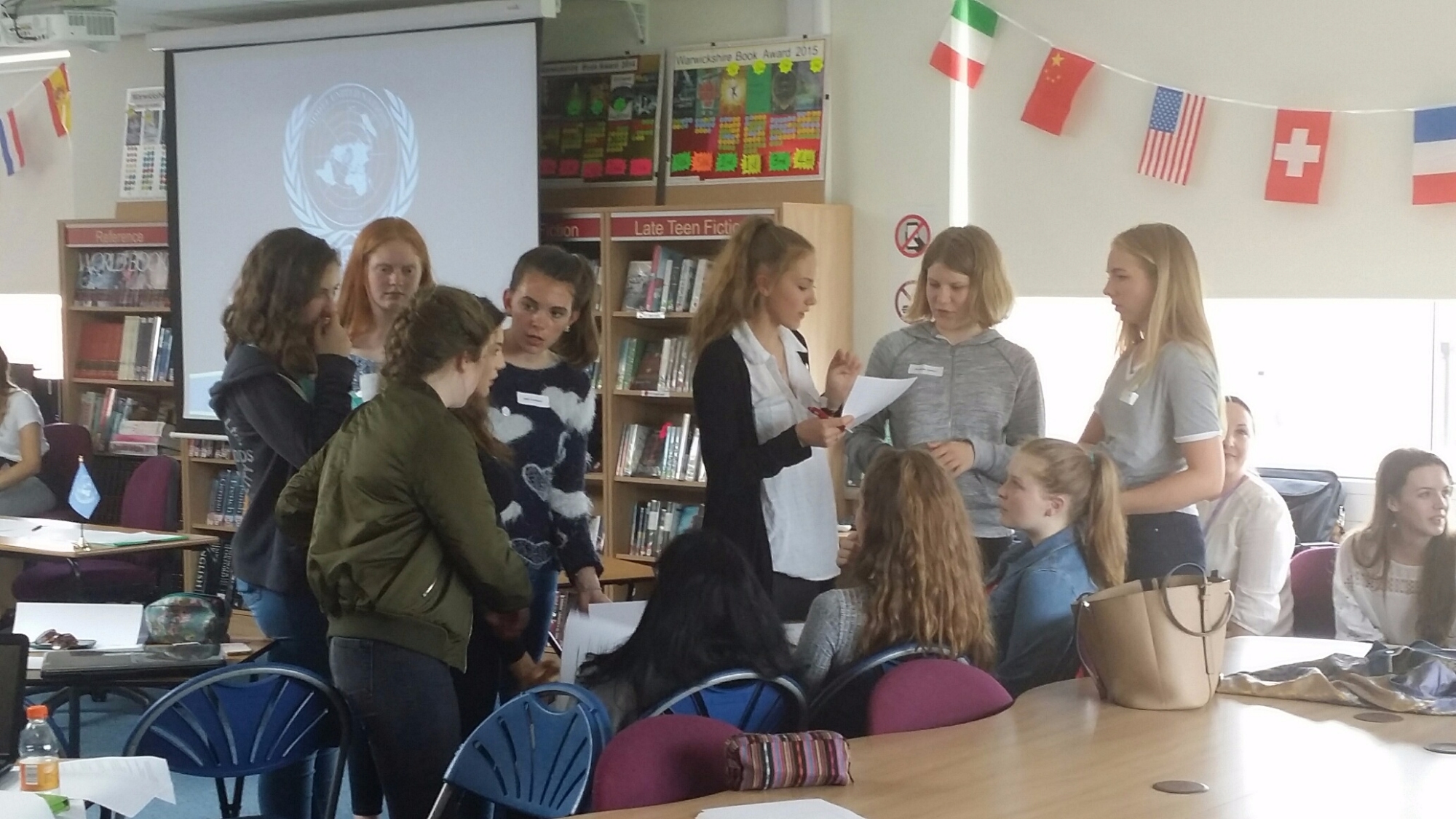 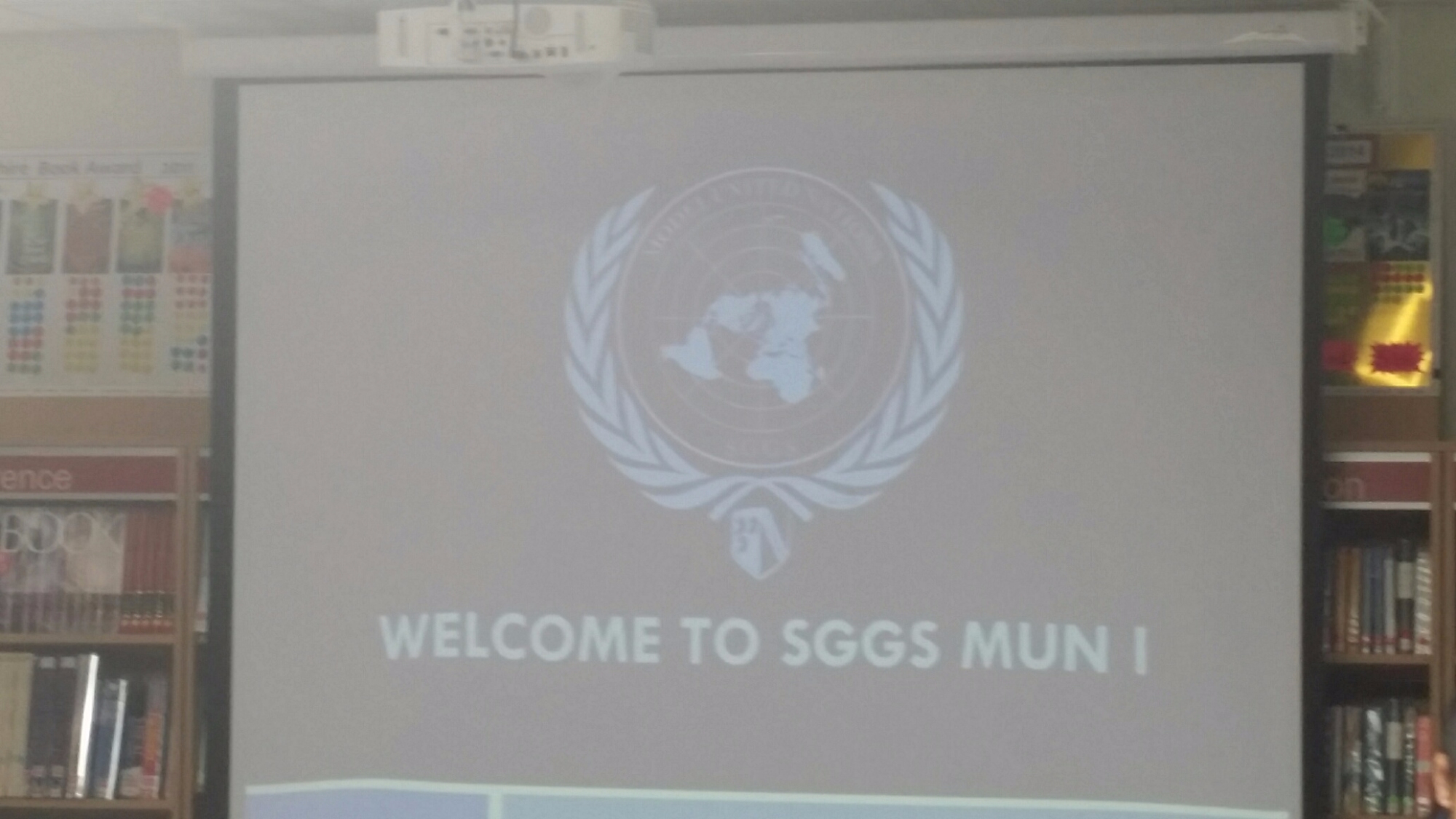