It would be safe to say that none of us knew what to expect when we signed up for a three day Model UN conference at Oxford University – it all sounded very posh and quite intimidating, but worth a shot (especially with our ever-looming personal statements in the back of our minds!). However, two days after a wild weekend of debating, mingling with a handful of millionaire teenagers and casually solving worldwide diplomatic issues, we have all realised that we all got much more than we bargained for - in a good way!

I was part of the International Court of Justice committee, a very small group of fifteen people in comparison to the other 100-strong committees, in the role of Judge Xue Hanqin, and also as an impromptu Advocate for the Russian Federation after some shuffling and compromising in roles during the first session.  Whilst the work involved quite difficult preparation, the skills I picked up while researching, compiling and presenting evidence during the conference are invaluable, as I had never had to do anything that required quite the same level of confidence in my own knowledge (as my usual approach to most things is “just wing it!”). And, while the promises of new lifelong friends during the opening ceremony seemed a little cheesy and far fetched, I can honestly say I have made multiple new connections with students from all over the world, from Kenya to Turkey to Holland, thanks to the incredibly close-knit and friendly atmosphere within my committee. I can’t wait for next year’s MUN – not only so I can practice the skills I picked up this year but also so I reconnect with the great people I have met.

“Shalom”. Or at least that is how I should have introduced myself when arriving at the Youth Hostel in Oxford to be greeted by a group of young people from Israel asking “Are you doing MUN?”

As one of thirty girls from SGGS, I arrived in Oxford on 16 November to take part in the Oxford Global Model United Nations Conference 2018.  In abstract, this had seemed very daunting, but from the moment we encountered those outgoing welcoming young people from Israel I knew I was going to spend three days with like-minded individuals.

The conference was a rollercoaster of emotions – listening fascinated and in awe, as  Sir Mark Lyall Grant described his life in the UN from working in the United Nations Security Council to being the advisor to the Prime Minister for the past two years.  This was followed by 750 teenagers walking like an army across central Oxford, energised and full of chatter.

The conference was run according to UN rules, and we were divided into a series of committees. Each delegate had produced a position papers on topics of importance representing countries from all over the world. I was a little overwhelmed by the committee structures to begin with, having no idea what phrases people were using, but I found myself supported by strangers from all over the world, who kindly explained what was going on at every stage. Comforted by finding out that many others had not taken part before either, I summoned the courage to speak on my allocated topic: modern slavery in Ecuador. Having been convinced that no one else in the committee would listen to what I had to say, I was overwhelmed to be sent notes from other delegates saying “that was fantastic!”

MUN gave me the opportunity to immerse myself in topics that are both complex and important and affect the world we live in. I was able to debate with others who felt passionate about the subjects, and hear other peoples opinions on world events based on their very different backgrounds and experiences.

We were spread out across all the committees at the conference, and each of us found our own opportunity to influence discussion in one area. With all 30 of us being new to the experience it was amazing to come away with four awards and everyone was very proud of the two awards for ‘Best Position Paper’ as well as two for ‘Outstanding Delegate’.

Overall, I found the MUN experience to be totally inspiring.  I can say that I have made friends who I will stay in touch with. Not only was the debating in our committees a new experience but it also allowed us to immerse with other cultures and meet people who I am sure will go on to do great things, representing their countries in the wider world.

I yield my time to the floor. 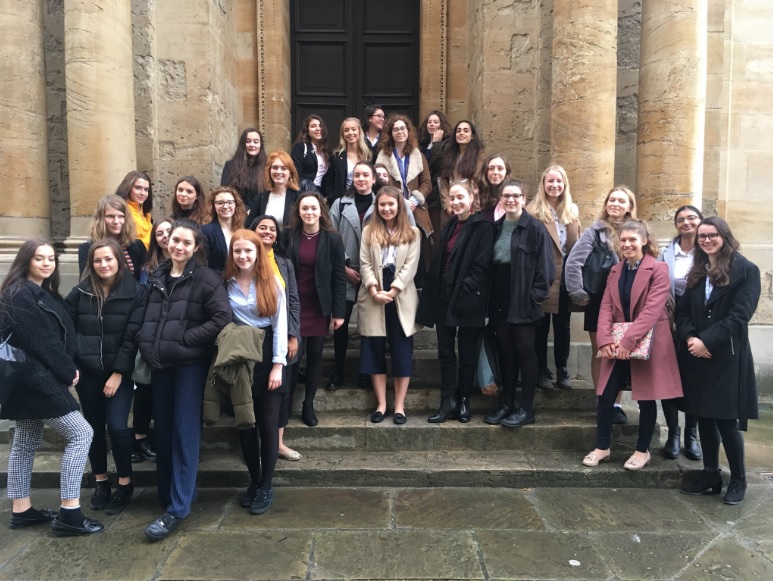 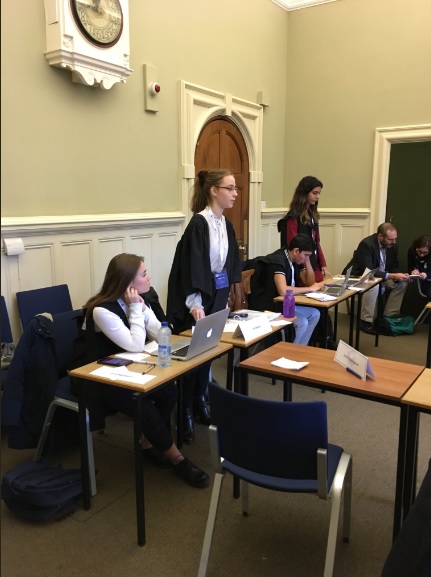 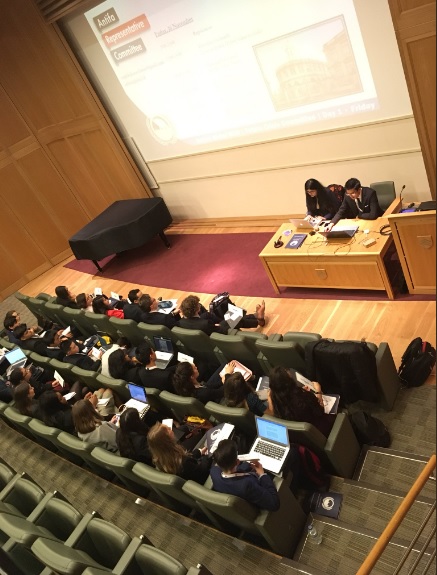 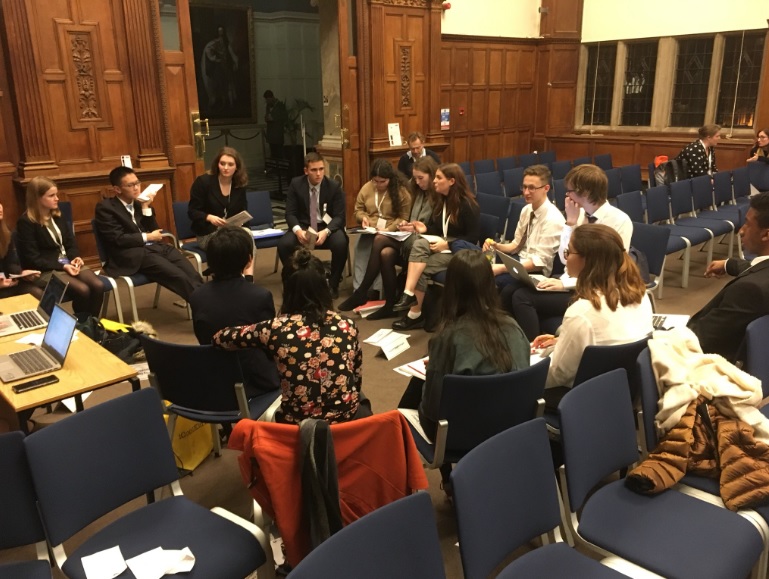 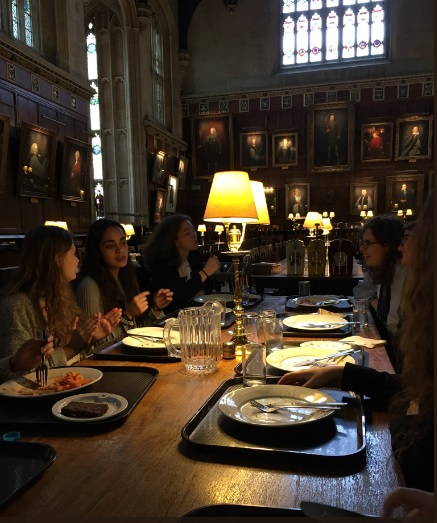 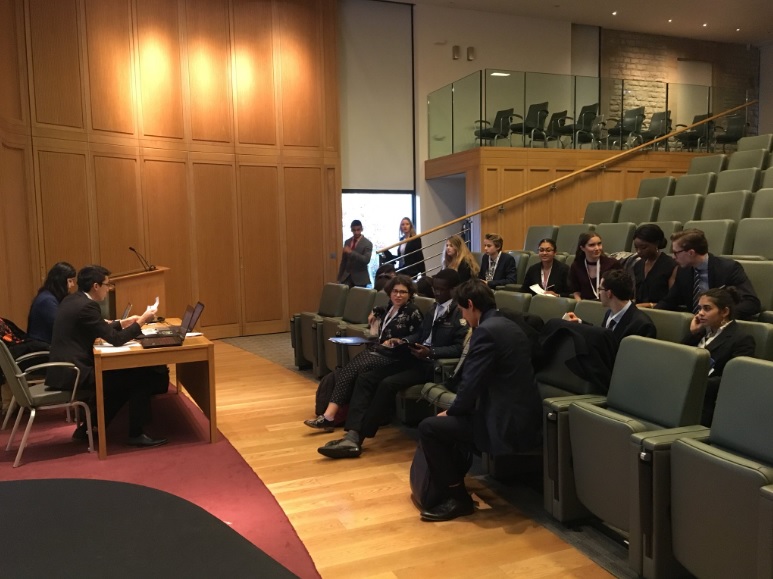