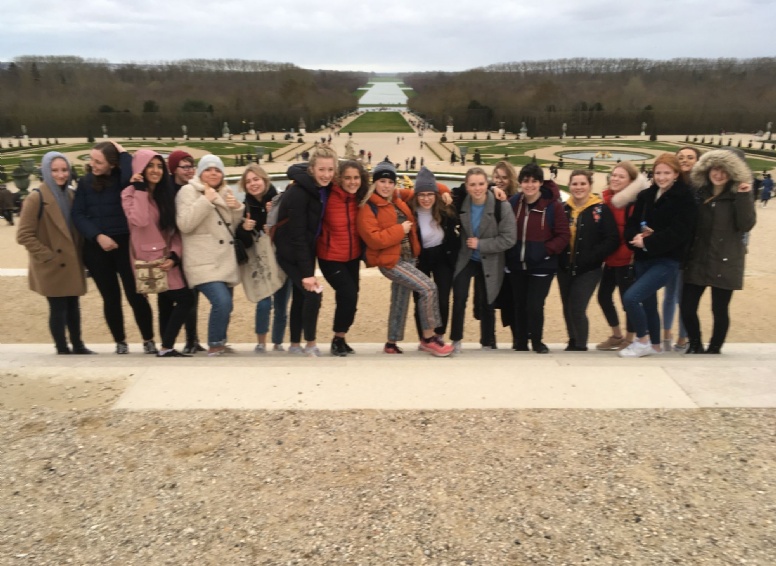 Our History French Revolution trip to Paris was packed full of culture, revolutionary history, architectural insights (and maybe a bit too much walking!). On the first day after a good few hours of travelling and checking into our hotel we went to the Louvre. Mr Giles was eager to let us know about the controversies surrounding the glass pyramids and we were all quick to look up and recognise the likes of Rousseau staring down at us, only in statue form fortunately. Once inside we were given the first (of many) question booklets by Mr McAnaney to look around the Louvre and complete. It was full of questions that guided us around key places and paintings such as Napoleon’s coronation, a replica of the death of Marat, who was killed by Charlotte Corday a disgruntled Girondin, and of course we had to go and visit the Mona Lisa. We had plenty of spare time after completing the French Revolution section to wander aimlessly down the maze of halls and up and down staircases looking at the wide array of art on offer. Once we were done we went to our first dinner of the trip, enjoying some chicken and chips (which is a recurring theme), and of course some vegetables and pasta for the veggies of the group!

The following day was full of interesting places to visit. We began at ‘Les Invalides’, which was a home for injured soldiers under Louis XVI and was a key building during the Storming of the Bastille. There were several paintings and many interesting artefacts including Napoleon’s horse, preserved using taxidermy, as well as useful videos outlining some of Napoleon’s most decisive battles, we once again had a question booklet, but this time it was 5 pages long, rather than the 3 pages we received at the Louvre! We then proceeded to visit Napoleon’s tomb, which was as grand as you might expect with marble floors, 12 statues representing each of his decisive battles, and a huge casket in the centre of the entire building. Once we had eaten lunch we headed off on a guided walking tour where our guide showed us the best and most interesting historical sites in Paris including where the Bastille originally was, the Pantheon, the Hotel de Ville and many more, whilst weaving in funny anecdotes and personal opinions on specific figures, can’t say Mr McAnaney agreed with her that Louis XVI was a ‘nice guy’!! After the walking tour, we walked to the Champs de Mars (told you we did a lot of walking!), which was the place of a massacre by the National Guard under Lafayette against people protesting against Louis’ flight to Varennes. There was a slight difference in the view from how it was then, with a large metal tower blocking the view.... (the Eiffel tower for those unfamiliar with French geography). We then had dinner and, for one night only, had pizza or pasta instead of chicken!

On the third day we visited the Arc de Triomphe, which was commissioned in 1806 by Napoleon after he won the Battle of Austerlitz. It was at this moment that storm Dennis decided to make an appearance and many of our photos in front of this incredible structure were mainly of our hair blowing around our faces. Once at the top, the wind only got worse and much of the time between looking at the stunning views over Paris and posing for photos was spent trying to hold on to our scarves and belongings! Once we descended the hundreds of stairs, many of us contributed to the Capitalist establishment that is McDonalds, Mr McAnaney and Giles were quick to outline this fact and their pleadings that we went to the cafe next door fell on deaf ears. Our afternoon was spent at the Palace of Versailles, which was the royal residence of the Kings of France. The sprawling palace is a wonder of architecture and the Hall of Mirrors has to have a special mention with chandeliers every 2 feet and mirrors lining all the walls. We then braved the gardens and were promptly reminded that storm Dennis was still going strong. It was at this point that whilst most of us stood still looking out along the gardens, Mr McAnaney decided to go on a little walk around a pond, with a large sculpture of some horses in the middle, on his own and we all laughed at him as the sculpture looked exactly the same the entire way round. After visiting a few more fountains we were kicked out by security guards in gold buggies with megaphones as we had stayed so long the Palace was now closed. We then went to dinner at a lovely, small, family run restaurant and had…. chicken and chips. Despite a small altercation between the owner’s daughter and a glass of orange juice, we had a pleasant evening and got home in time for us all to wash our hair after a very windy day.

Our last full day started with a trip to the Pantheon, which holds the tombs of many of the most famous philosophes who influenced the enlightenment ideas of the French Revolution. These included Rousseau, Voltaire and originally Mirabeau but he was removed a few years after he was put there, due to his traitorous actions, so his remains are no longer physically buried there. The Pantheon is a spectacular building, the walls are covered in paintings referencing Saint Genevieve and French History and sculptures such as one commemorating the National Convention which stands large near the entrance to the crypt. Despite being very cold, it was incredibly interesting and there were interactive boards all around, which enabled us to research lots of the people buried there and discover facts about new people we hadn’t heard of before. After lunch, which were crepes for most of us, we went on a guided tour of the Hotel de Ville and were told of its historic use as a headquarters in the French Revolution and of the Paris Commune, as well as its current use as an administrative building and some of the most impressive rooms are often used for functions or to greet foreign heads of state by the Mayor of Paris. We then went to our final historical destination of the trip, which was ‘La Conciergerie’, this was where Marie Antoinette was held before her execution and it was the centre of the Revolutionary Tribunal during the terror. After receiving yet another riveting question booklet from Mr Mcananey, we were freed to look around and saw examples of cells and there was also a room of the names of all the people who had been held there with an interactive board in the middle to learn more about any of the names. We then went for dinner where we were served, yes you guessed it, chicken, by some very skilled waiters who could hold 7 plates each, much to all of our amazement. This marked the end of our 4th day and all we had left to do was pack our suitcases in preparation of an 8 O’clock start the next morning.

On the final day we once again contributed to Capitalist establishments and visited ‘Galeries La Fayette’, basically France’s answer to Selfridges, where we bought gifts for all our parents, as well as some thank you presents for Mr McAnaney, Ms Steel and Mr Giles. Mr Giles was fascinated by the flip book we bought him and was constantly flipping backwards and forwards in amusement. We then headed home on the Eurostar where Mr McAnaney decided to tell me that not only had I drawn the short straw and had to sit in a 4 seat table with the 3 teachers, but he wanted me to write this little review of the trip as well!! All in all, not only did we all learn some helpful facts for our History A-Level, but we had a great time as well and we definitely are all ready for a very long sleep... in fact most the girls are already napping on the train, except me of course who’s sat here writing this exceptionally detailed account of our trip… 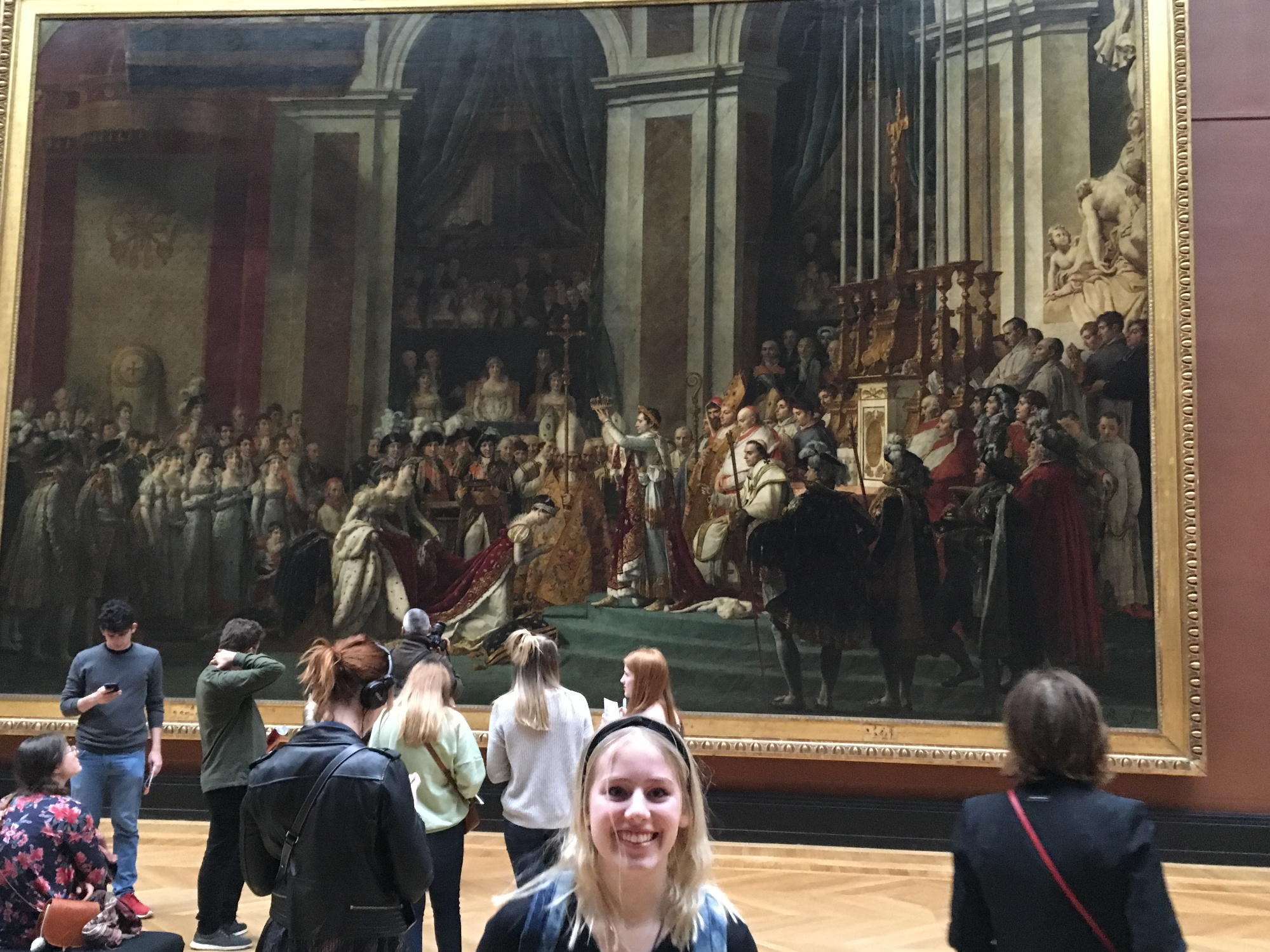 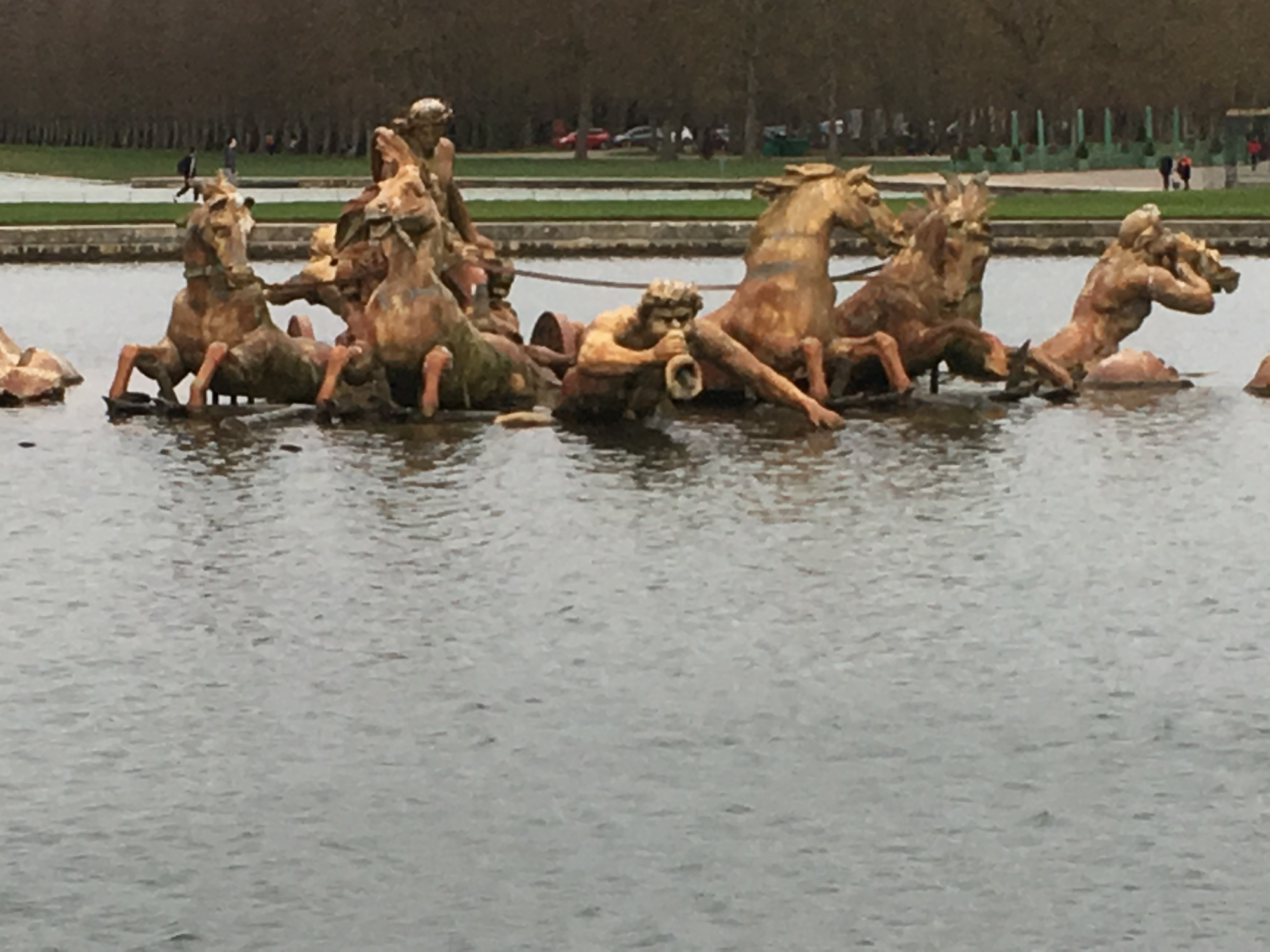 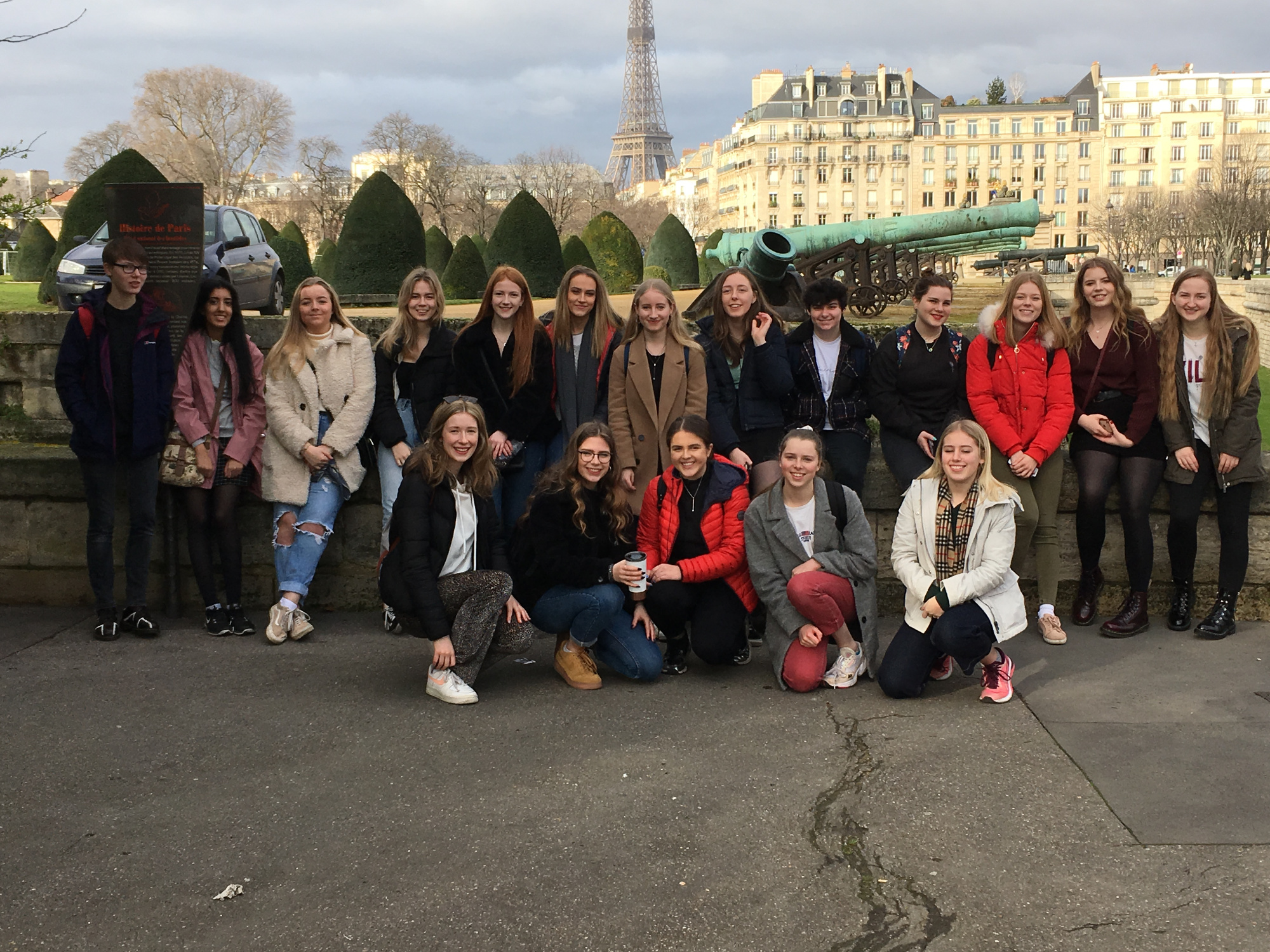 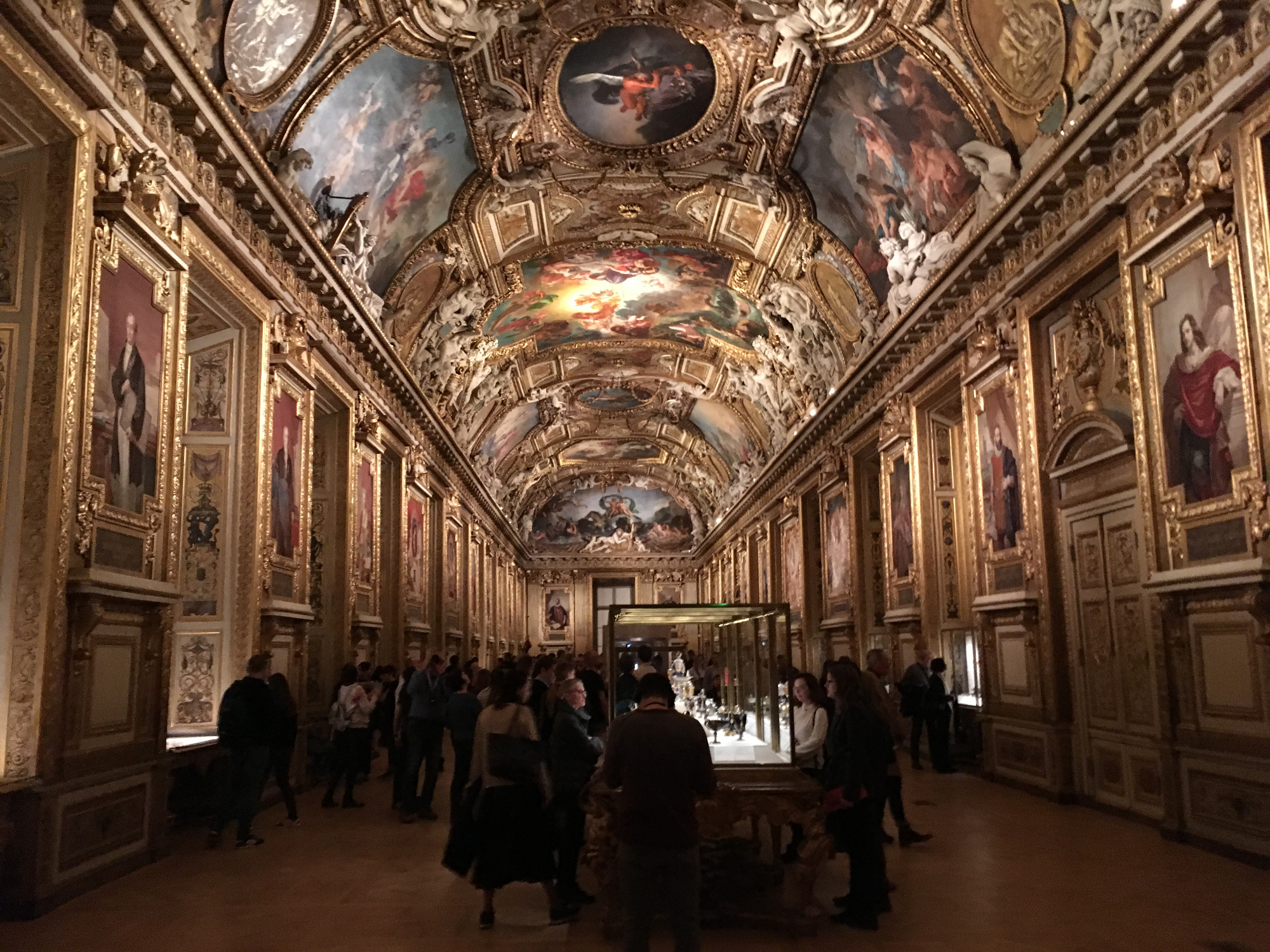 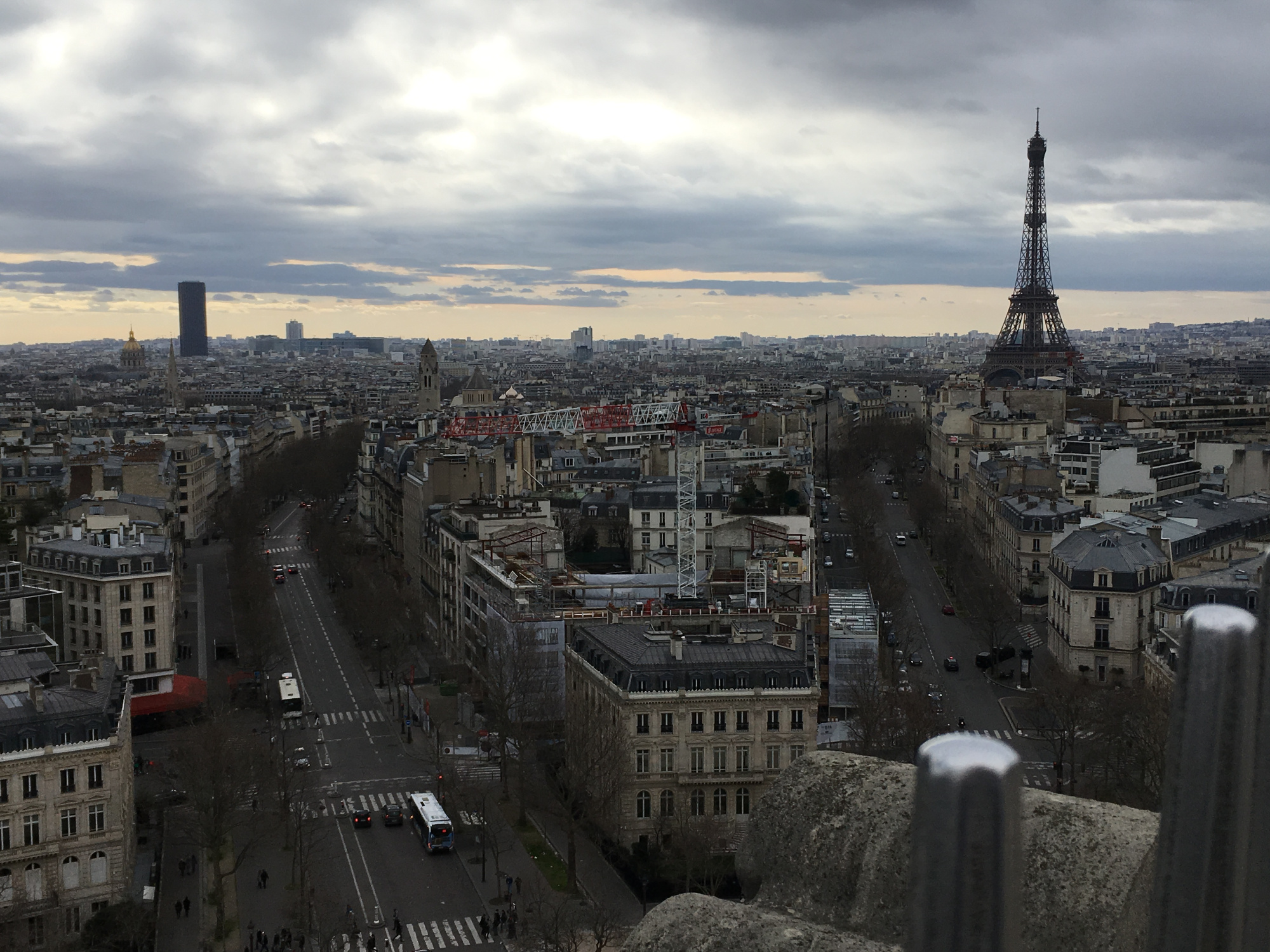 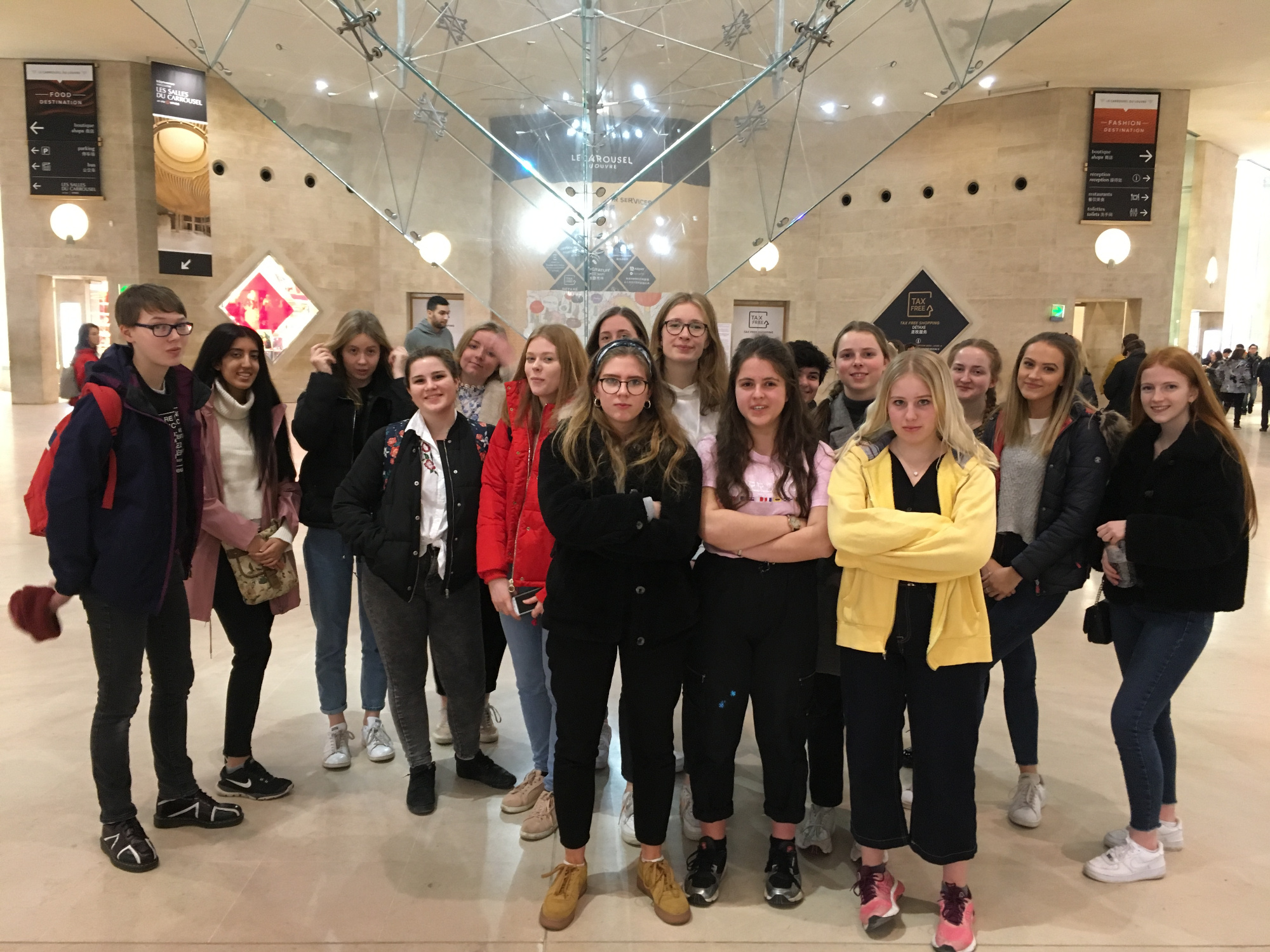