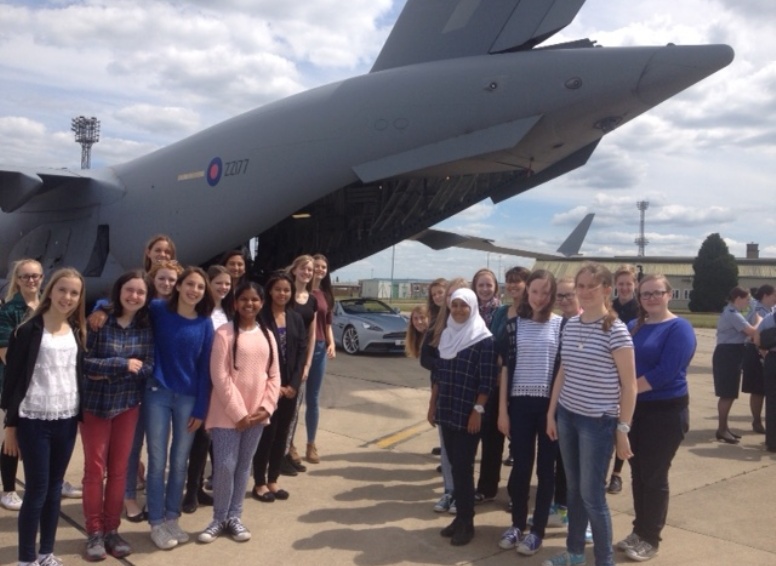 On 24 June, girls from Year 9 through to Year 13 visited RAF Brize Norton for the day.  Here, Sophie Henry from Year 10 gives us her account of how it went...

In the morning we arrived and had refreshments before entering a hall where we were given a brief of what we were going to do. After this we listened to some speeches from people from both the RAF and Aston Martin, including Air Vice Marshalls, Engineering Officers, and the CEO of Aston Martin. These speeches really demonstrated to us that young women are not just wanted in engineering, but actually very needed. Most of us did not realise how much women are welcomed into engineering today and the inspiring words put is in the right mindset for the day, with the realisation that all the roles we were about to be shown, we could really do if we chose to pursue engineering!

After the speeches we split into groups and went around to different stands talking to people about their roles in the RAF and Aston Martin; all roles we could do in the future. We did not realise how many jobs there are in engineering - it isn’t just mechanics and fixing things!  We visited stalls ranging from catering, (where there were some amazing cupcakes for as all to have!), to logistics, flying and we even got to sit in a few Aston Martins. This was a really great opportunity for us to ask questions and understand more about how many roles there are for women.  For those of us who are considering going into the armed forces it was a great chance to talk about the application process. For others, it was just fascinating to explore what choosing maths and sciences could mean for them in the future.

Once we had been round all the trade stands we went to have lunch in the Officers’ Mess before going to the runway and having a tour round a C17 aircraft. We were able to see some of the more physically demanding roles carried out on and around the aircraft. I was constantly reminding myself that all of the roles that we were being shown were available to women - a pilot or perhaps a Logistics Officer. We spent some time considering the marketing aspect of business, and were invited to think of a slogan for the new electric Aston Martins.

After an enormously rewarding day, we got on the minibus and headed back to school.  The biggest message we returned with was that everything we’d seen throughout the day is entirely attainable to us as women, should we choose to pursue it.  A huge thank you to RAF Brize Norton and Aston Martin for their support and for sharing their knowledge and experience. 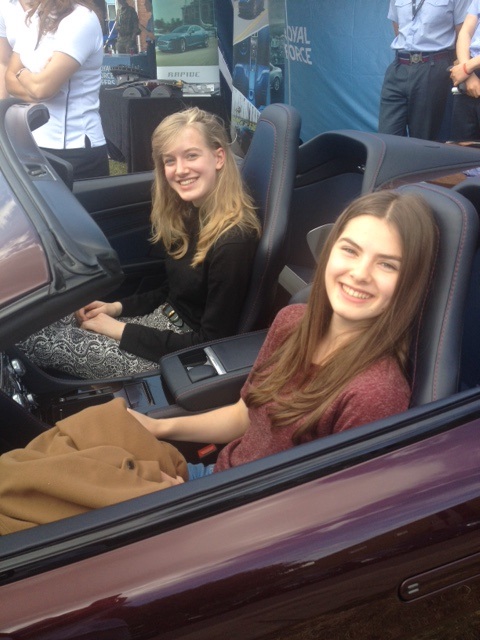 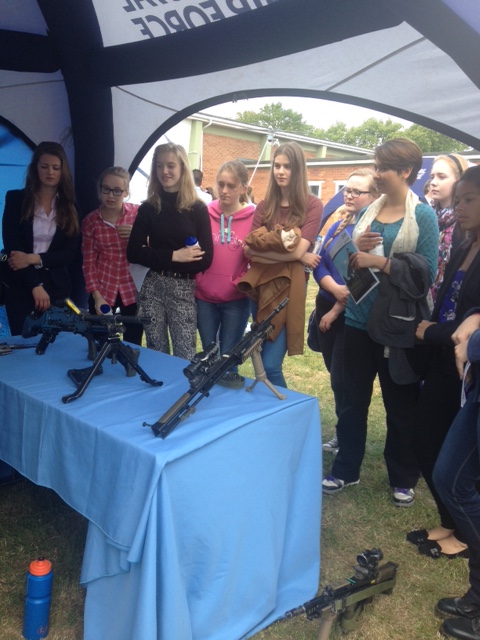 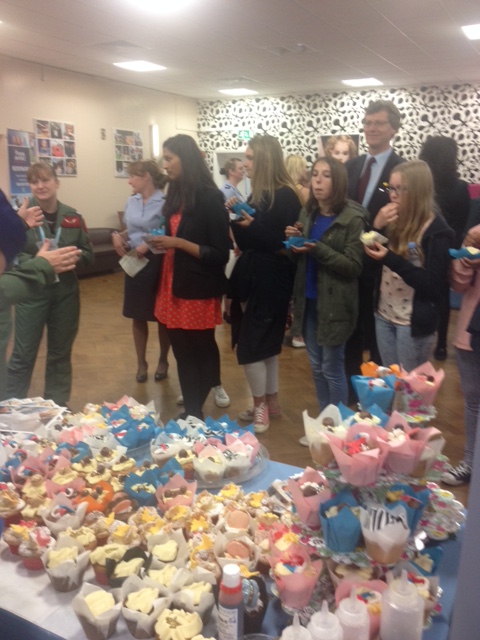 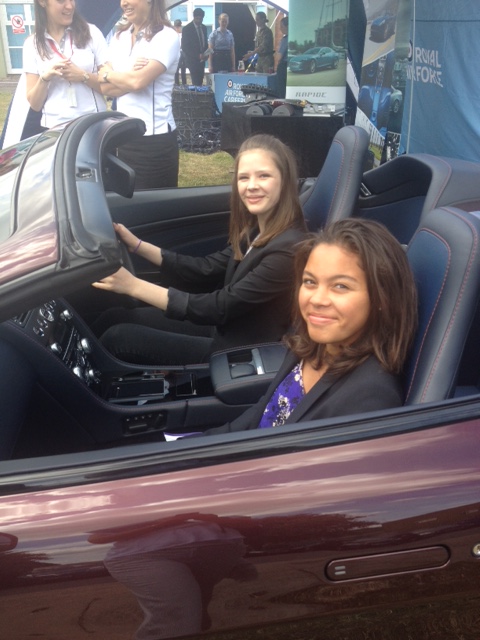