Inside The Mind Of Alison Lambert

Excited, curious and nervous - can you guess the school situation?  Believe it or not, these are not the adjectives the Year 7’s used to describe their feelings about their first day at school. But rather, it is the combined atmosphere of the Sixth Form Art students on the coach as they make the treacherous journey to Coventry to meet the infamous artist Alison Lambert. Yes, you read that sentence right…a real life artist!  As one of the Year 13 Art students on this coach, I can tell you that we were all incredibly hyped up for this trip, and had been for a while.  Having studied Alison Lambert for my sketchbook project, along with some other girls, I was incredibly interested in her absolutely beautiful works of art.  So as an aspiring artist, eager to write this article, I felt that this was the perfect opportunity to delve into the mind of Alison Lambert (an artist who had made it into the creative world, which seems impossible to believe knowing the struggles and weight associated with the subject).  Beguiled by the idea of seeing how this incredible woman ticked, I made it my mission to unveil the process behind the stunning finished pieces we so often see in magazines, on tv or if lucky enough in the actual gallery itself.

Immediately arriving at her studio located in the Coventry Canal Basin, it became clear what gave her the motivation to consistently produce her pieces. The industrial style of the docks were completely authentic and, from an artist’s perspective, profoundly inspirational. The Basin unlocks a part of the brain, allowing creative juices to flow in and produce something mystifying. Once inside the studios we met Lambert herself, who was noticeably modest and welcoming to each individual student that was present.  Firstly, we had a sneak peek at some of her newer pieces which have not yet been seen by the public - it was as exciting as it sounds let me tell you - we were the first members of the public to witness her contemporary work!  Then we entered her framing room briefly to see the process that goes on after you have fully completed a piece, and it gave us an insight into the more professional and realistic side of pursuing an art job that we don’t witness at A-level.

Undoubtedly the most exciting moment of the whole trip was entering the studio itself and seeing where Lambert hid out to let her imagination run wild, solidifying her ideas from mind onto paper.  We had the chance to ask her our own questions, on any topic.  Alison told us that to prepare for her one woman art shows she has to visualise how it is going to look and, due to the lengthy time it takes to produce a piece it can take up to 2-3 years.  In terms of sticking to these tight deadlines she said one thing which stood out in particular: ‘work breeds work’.  Which when thought about is the simplest solution to lack of motivation, when producing any type of work you liberate your creative ideas and elaborate to create detailed, more profound work. But, even Alison struggles from time to time with artistic technique, as she told us she had spent over a year redrawing the same head in somewhat of an intuitive process.

When learning to draw she describes her initial work as 'nebulous', only learning great detail from observing the work of the great masters in galleries such as the Louvre.  Yet Lambert admits that her main source of comfort when working does indeed come from her environment (highly apt as ‘Environment’ is the title of our project at school) and her studio. Her specific environment is described in her own words as ‘rustic with a certain woodiness’, and she notes that if she was working in a sterile or clinical building her work would be restricted and lousy. Perhaps if we as students venture out of our comfort zone and usual habitat we will produce a multitude of different types of work, better than we have ever accomplished before.

This was an invaluable trip which we will forever dwell on in the future when stuck in that motivational rut. Forever delving into the mind of Alison Lambert to break out of challenges which arise academically and in everyday life too. 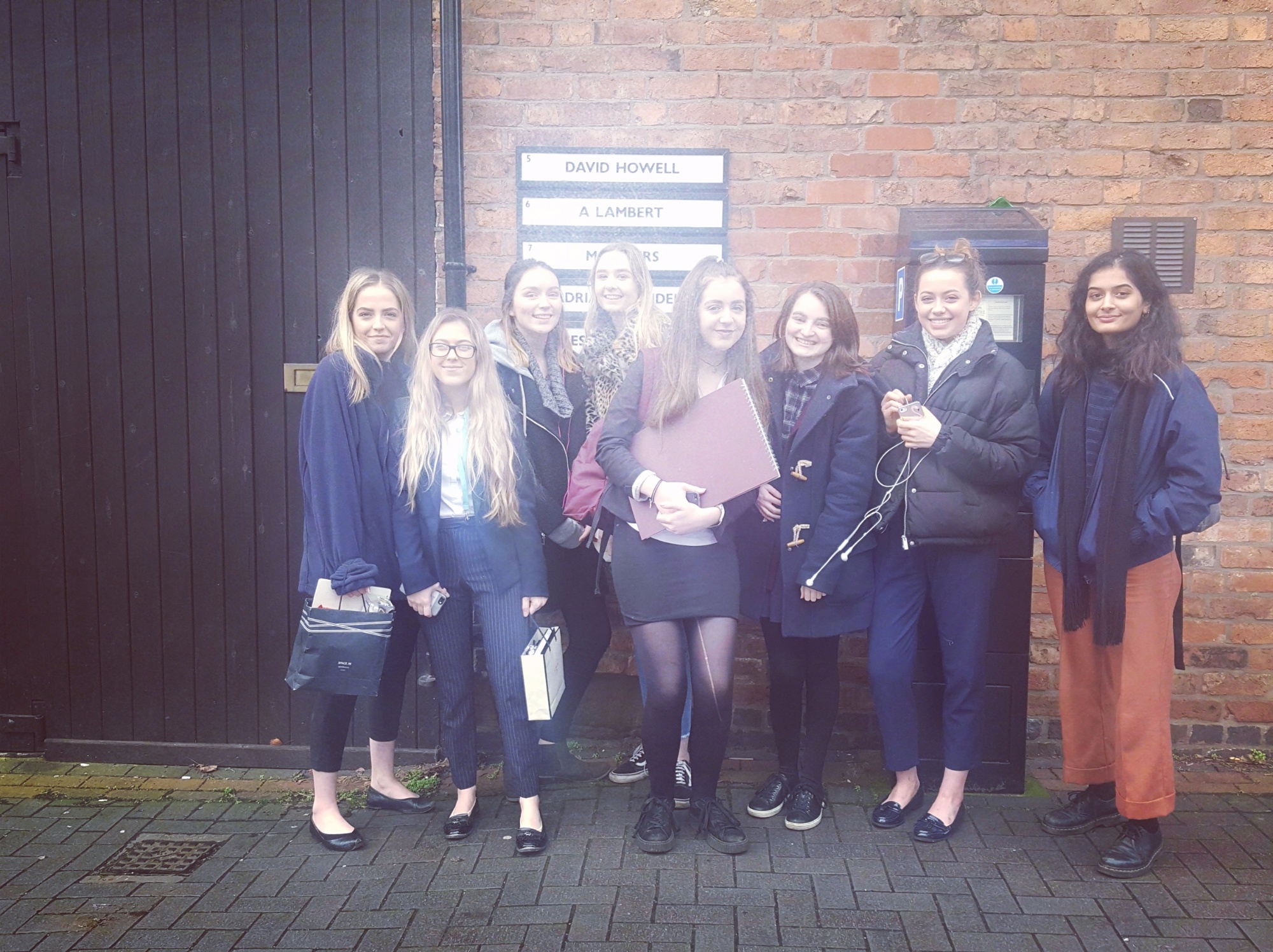 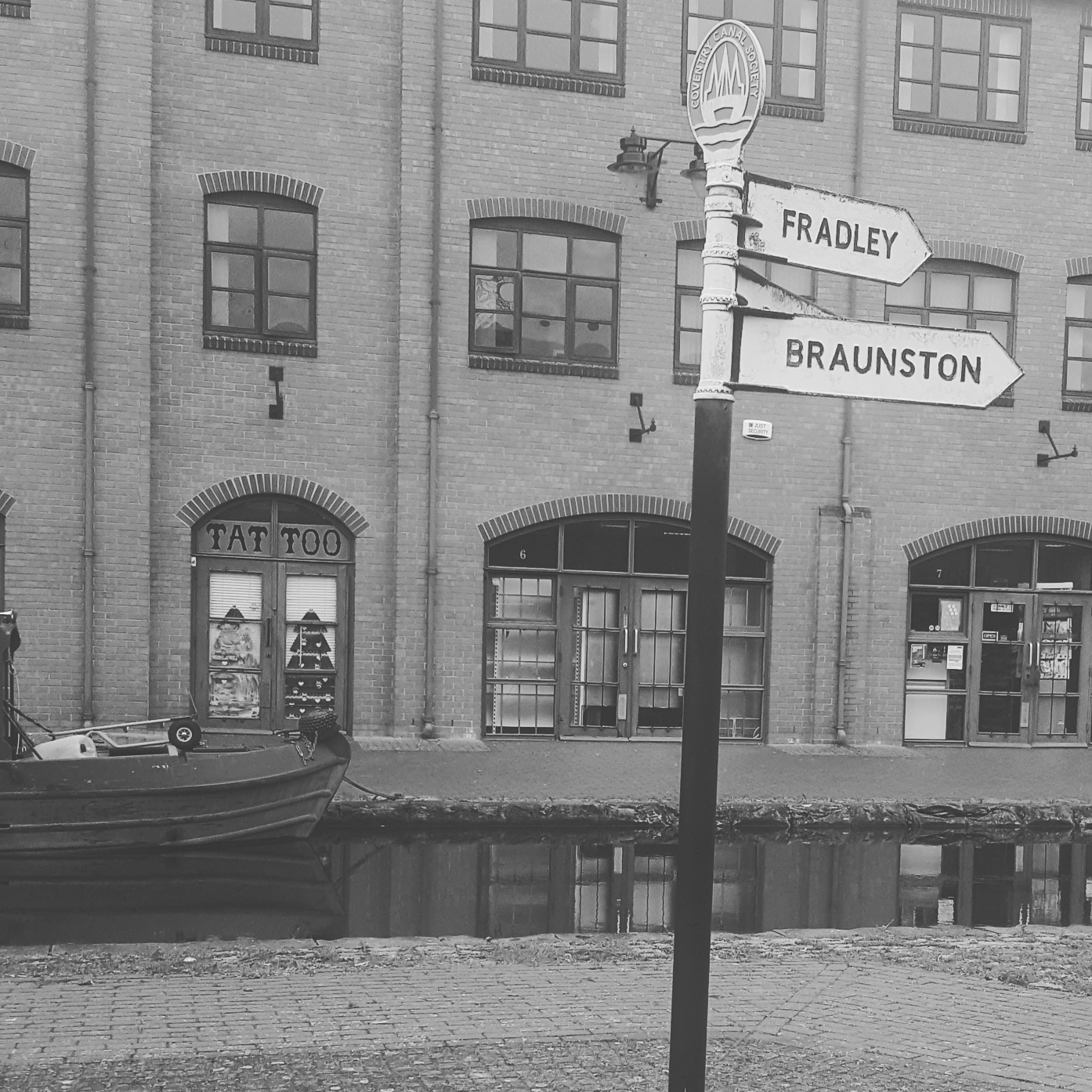 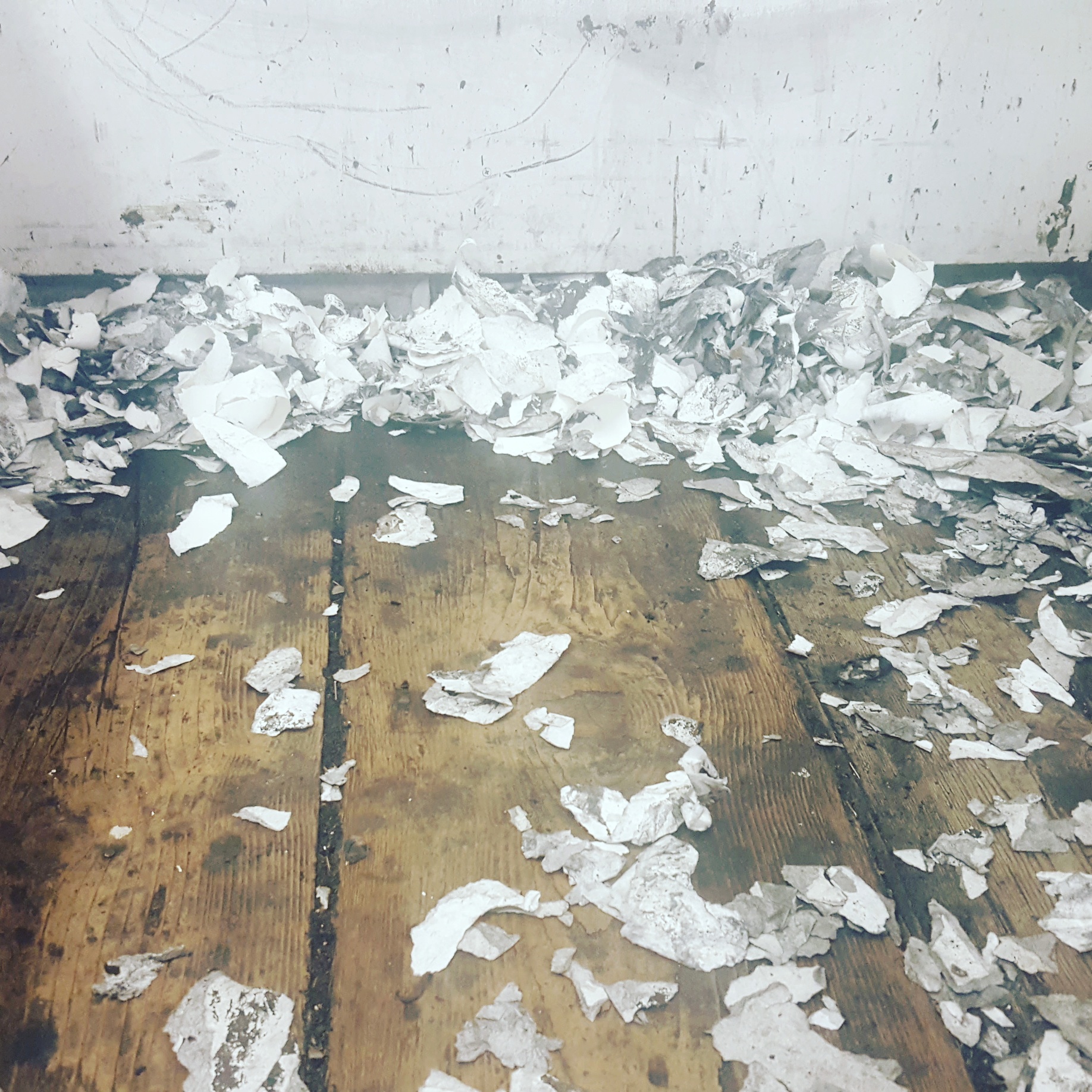 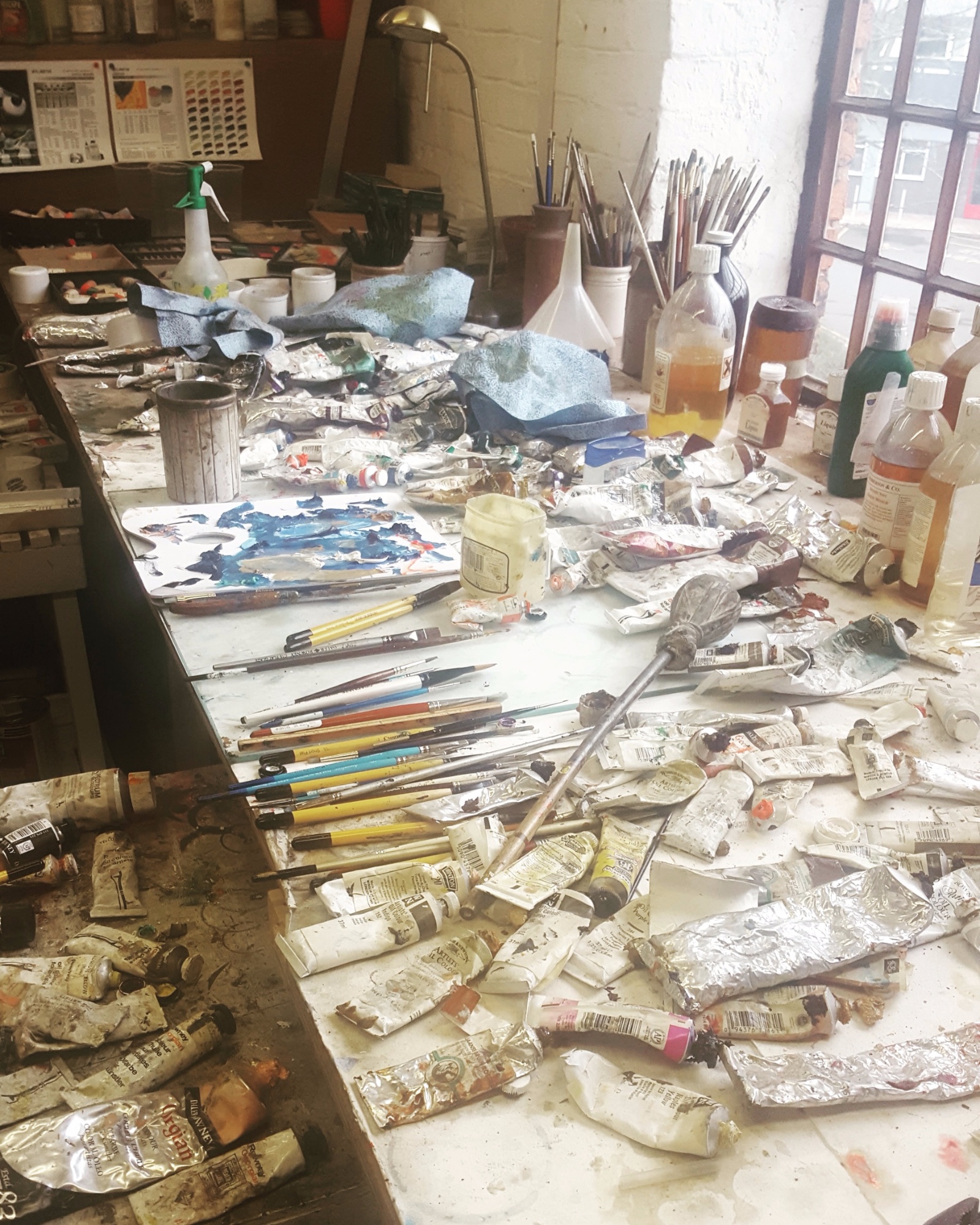 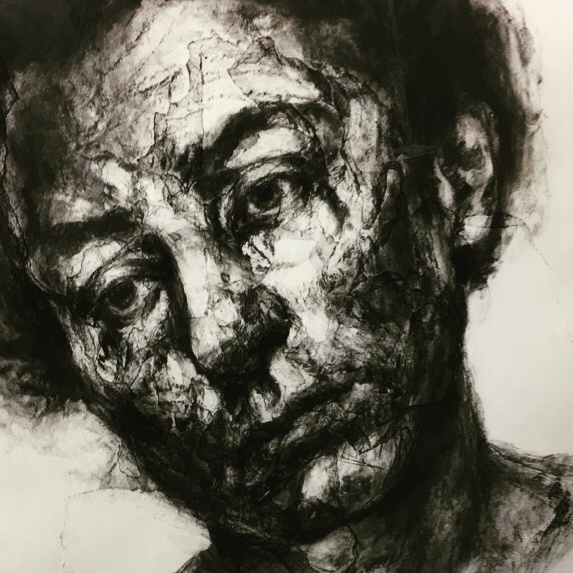 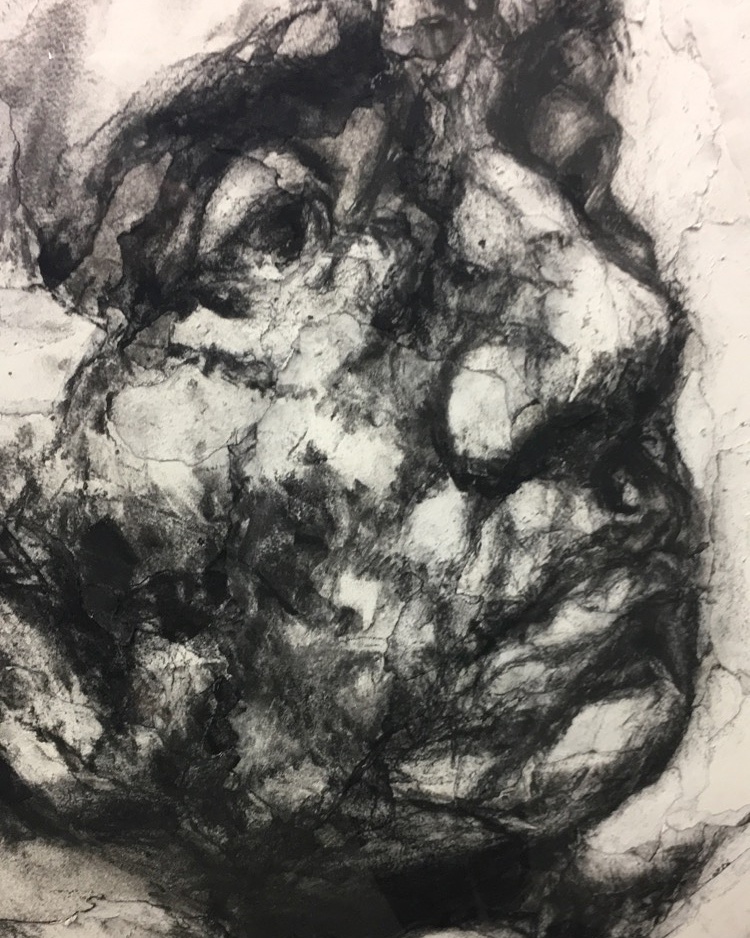