In our latest blog, Lucy Tristram from Year 10, shares her experience of going behind the scenes on the Blue Peter set and winning the opportunity to be the special guest judge for the BBC Young Sports Personality of the Year awards. 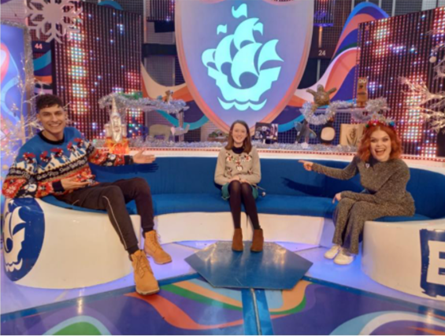 Back in the summer of 2020, I started my application for my Blue Peter Sport badge which can be earned by participating in a sport and being active. Each year there is a writing competition and this time, you had to send in a paragraph as to why you’d make a good judge for the BBC Young Sports Personality of the Year.

Much to my surprise, I received a phone call in November and my entry had been shortlisted in the Top Ten! As you can imagine, I couldn’t believe my luck, but I tried not to get my hopes up too high. Little did I know what was to come...

That very weekend I was interviewed via Zoom by the producers at Blue Peter and Tom Daley which was amazing and definitely one of those ‘pinch me’ moments. Everyone was really welcoming, and it felt great to meet such an amazing range of people who I admire and have them listen to my thoughts and opinions. I learnt all about how judging panels work for award ceremonies like this and what goes on behind the scenes. To top it off, I was told I had won the chance to be the guest judge on the spot. At first, I found it difficult to contain my excitement and keep it a secret from my friends, but I wanted it to be a big surprise. 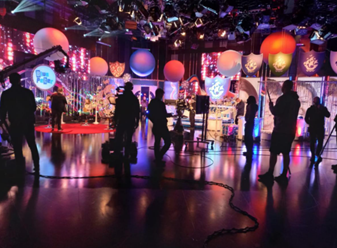 Filming was even more exciting, although more nerve-racking too! The BBC studios were giant and much bigger than I expected. There was a huge variety of different filming spaces that they use to produce all sorts of programmes. Nearby to where we were filming, there was an episode of The Voice being recorded as well. I found the production process really interesting; it was fascinating to see how many people it takes to put together just a half-an-hour show, from technicians and camera crews to producers and of course the presenters. 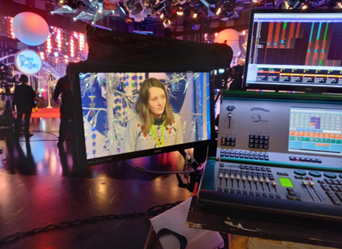 We had two dress rehearsals to practise before we went live which settled my nerves. The idea that we couldn’t go back or edit out sections if we went wrong was daunting but being able to chat with the winner, Andrea, and the presents when we were off set was reassuring as everyone was so kind and confident.

The show went off without a hitch and it felt wonderful to open the golden envelope and announce that Andrea was the winner at the end because she really deserved it. My entire experience from start to finish was wonderful and I’m really proud of what I achieved.