At the early hour of 7 o’clock on Thursday the 11th of February , six of us arrived at school; tired yet excited to know what the day had in store for us at the infamous Cambridge University...

After what seemed like forever (and lots of napping!) we arrived in Cambridge, surrounded by beautiful architecture and scenery.  We were all suddenly wide awake and intrigued by the city and the people in it.  We eventually found our way to Clare College – the second oldest surviving college in the university.  After navigating our way to a small conference room with about four other schools, a friendly post-grad of German and Hispanic student named Ben spoke to us about applying to Cambridge, and told us a bit about life at the university.

We were then given a tour around the college, and shown the dining hall, library and “basement” common room.  All of us found this really interesting very worthwhile to learn how life in a collegic university works.  After a stop in the basement to eat our lunch, we were off on a walk to the Physics Department.  Here, a physics post-grad called Jacob spoke to us about the history of Physics at Cambridge and some of the major discoveries that had been made there.  We then had a short lecture on circular motion and conservation of momentum, which led us on to do an experiment about pendulums and finding the force of gravity at the university.  After some miscalculations and free Kit-Kats, we got the right answer, which we were very pleased about!

Our next activity was to use the Isaac Physics website that the university had set up to help secondary school physics students practice questions.  Kate and Hannah completed all their questions the fastest and won a prize of a canvas bag and of course Shottery pride!  After a short survey about the experience, our day at Cambridge had come to an end, and after bidding farewell to our newfound Cambridge friends, we made our way back to the bus for some ABBA karaoke and Doritos!  We talked about how fantastic the day had been, and agreed that we were all very keen on Cambridge, and were all certainly thinking more seriously about applying to study there in the future.  We would like to offer our thanks to everyone that made the day possible – an opportunity we will not forget! 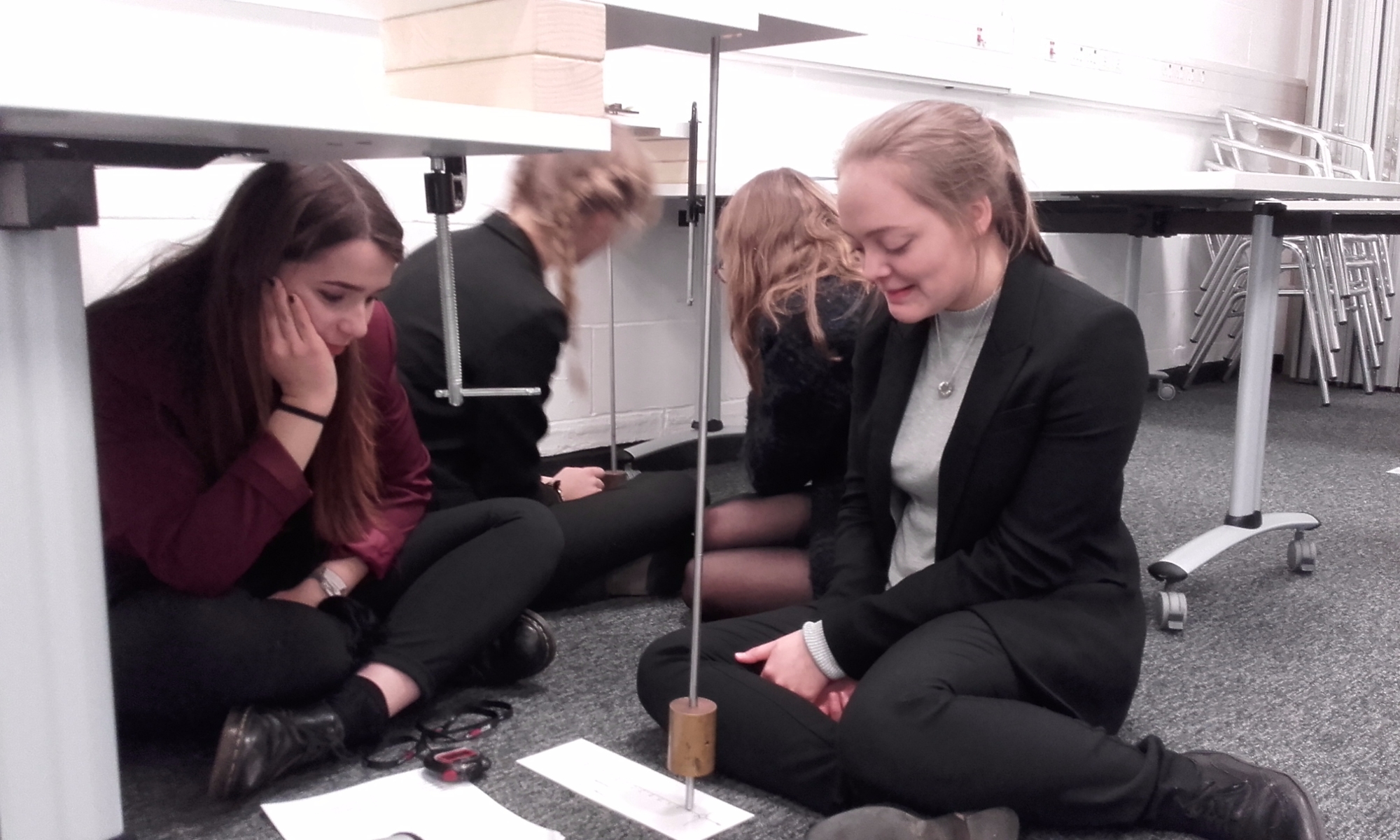 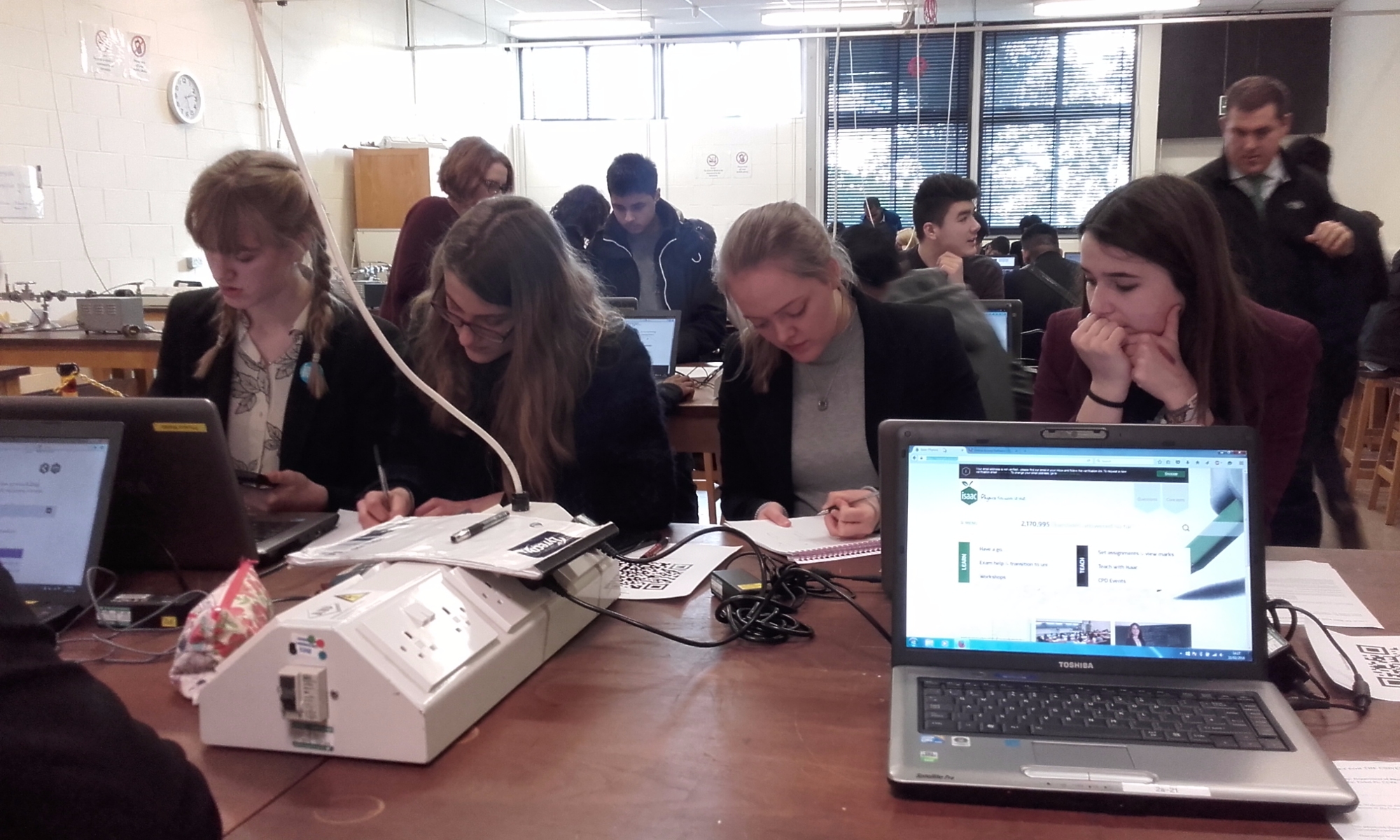