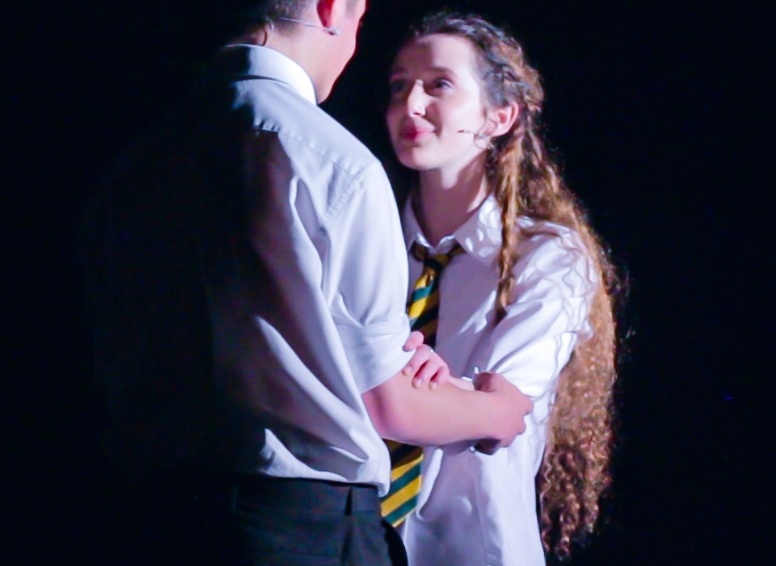 On the 17th and 18th of April, students from Stratford Girls' Grammar School put on a new musical Invisible with the support of the music department. The show was written by Isabella Worrall, co-directed by Dale Sewell, and choreographed by Megan Hooker, all Year 12 students at Shottery, and starred a cast and orchestra from Shottery and other local schools including KES, Stratford School and Alcester Grammar.

The students had been rehearsing hard since the start of the spring term and the process culminated in two sell-out shows at the Levi Fox Hall in Stratford. It was a fantastic experience for all involved, with the level of independence that the school gave the team being extremely liberating and thus allowing the talents of all involved to shine through brilliantly.

The show’s story centres around the themes of identity and appearances, and explores what happens when people are made to question themselves as a result of the insecurities of others. It explores some serious issues such as manipulation and bullying, whilst also having its lighter moments in which characters skip offstage to saxophone music and dance around the common room. Despite the occasional laugh, Invisible aims to carry the strong message that before you can accept others' belief in you, you have to first believe in yourself.

The cast, orchestra and crew of Invisible would very much like to thank the wonderful Mrs Burdett and Dr Jones for making this show a reality, Ms Barnett for being so incredibly supportive of their endeavours, and everyone who came to see the show: without you all, none of this would have been possible.