Year 10's Ingrid was chosen to switch on the lights this year, in Stratford.  Here, she tells us about the experience.

Turning on the Christmas lights was an absolutely incredible experience and definitely one I will never forget!

When I first found out that I was nominated, I was over the moon.  I didn't realise how much it was felt I had done for the Hospice, and to know that they appreciate it that much was a truly amazing feeling!  I was incredibly grateful for the nomination, and I did not expect to be chosen to actually do it.  To learn that I had been chosen was a bit of a shock and I couldn't wait!

One week later I was walking (in the cold!) to the Town Hall, hearing children screaming from two streets away, which was slightly worrying at first until I turned the corner and saw a snow machine blowing masses of soap down onto the children.  It felt very special to be able to go past the fence and into the Town Hall.  I was feeling a little overwhelmed, however seeing Santa the moment I walked in calmed my nerves considerably.  I was at first rather nervous about meeting the Mayor,  At first I was rather filled with awe about meeting the Mayor, but after being with her for five minutes, she turned out to be one of the nicest, most enthusiastic people I've ever met, and to stand next to her on the balcony in front of what seemed like hundreds of people was an honour!

I had such a great time, an experience that will stick with me forever, and I cannot thank the Shakespeare Hospice enough for giving me this opportunity! 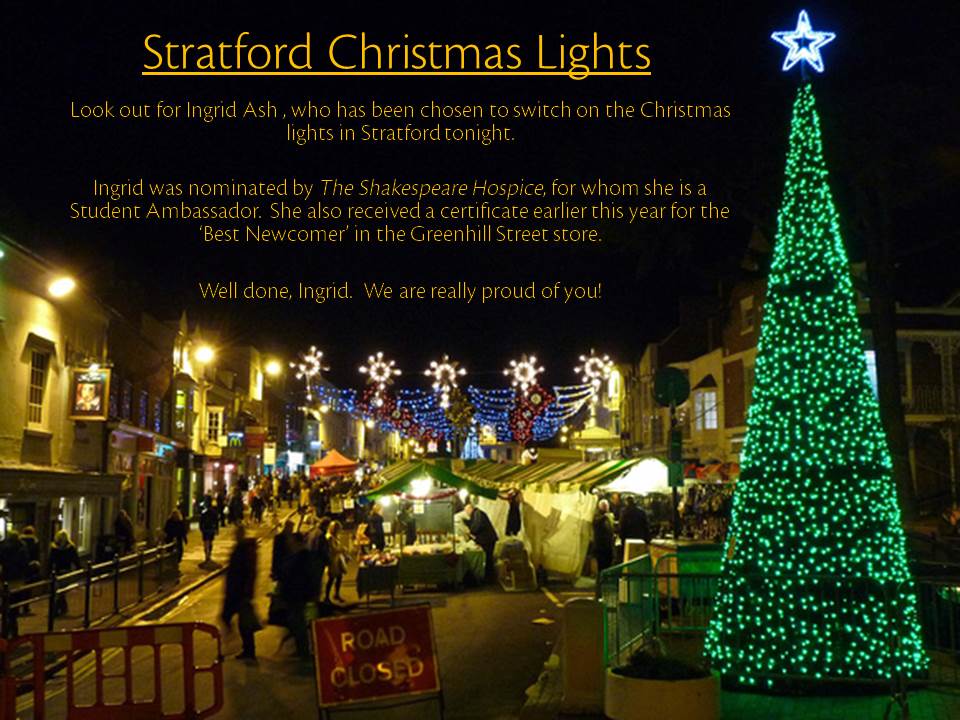