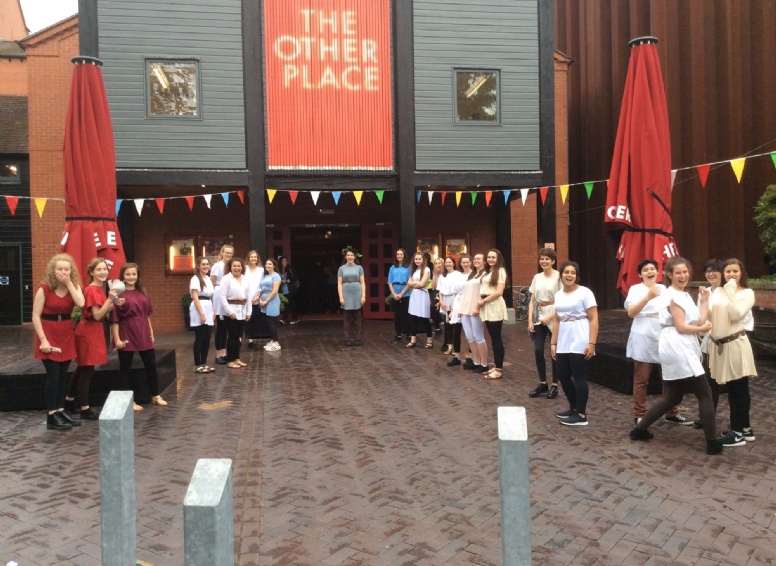 400 schoolchildren, aged between 7-17, from 12 schools from Stratford-upon-Avon, along with Stratford-upon-Avon College, worked with the Royal Shakespeare Company (RSC) to create a promenade production of Shakespeare’s Julius Caesar.  This project was supported by THE SAINTBURY TRUST and THE OAKLEY CHARITABLE TRUST

Performances took place on Wednesday 28, Thursday 29 and Friday 30 June, with three shows a day at 10am, 1pm and 4pm.  Each day a different group of five schools took part.  The play was edited but performed using the original Shakespearean text, and each school was responsible for one of five sections.

During each performance the audience were taken on a journey through Stratford, starting on the Bancroft Gardens outside the Royal Shakespeare Theatre (RST), and then on to Shakespeare’s Guildhall & Schoolroom; Shakespeare’s New Place; the Town Hall Ballroom; Weston Square outside the RST; and finally The Studio Theatre at The Other Place.

Earlier this year teachers from all the schools took part in two training days with the RSC.  Rehearsals, which will initially be in the schools themselves, started at the end of April, continued into May and June, with final run-throughs at the venues where the public performances took place.  The schools were supported by an RSC Director Mentor who spent three days in each school.

Georgia Munnion, RSC Education Programme Manager said: “To build and strengthen our ongoing partnerships with both students and teachers within Stratford-upon-Avon, we constantly make sure that schools are integrated into our season’s programming.  As a way of doing this we invite teachers and students to take part in various events or festivals.  We are delighted to be working with local schools and venues on the Stratford Schools’ Festival: Julius Caesar promenade performance project, which has provided us with the perfect opportunity to use live performance to explore the power of Shakespeare’s language and use of rhetoric with young people.”

As part of our Year 10 Drama GCSE we participated in a project with the RSC which involved the performance of the Shakespeare play Julius Caesar. We performed it on 29th June with other schools as a piece of promenade theatre meaning each school was based in a different place around Stratford town and the audience were guided around to watch each section of the play. Our group was given the death of Caesar and the surrounding scenes which we performed outside the Town Hall, along Waterside and up to the RST and The Other Place Theatre. We worked with a director from the RSC who helped to make our ideas a reality and also aided with the technical side eg. props and placements along the journey. We performed the murder scene inside the theatre, and for many of us, it was the first time acting in a professional theatre which made the whole experience very exciting, and many of us have come out of it feeling much more confident in our acting than we did before. Overall, the opportunity was really fun and allowed us to take positive ideas from other schools and develop our dramatic style and skill.

The project also involved a lot of teamwork. Performing on the streets of Stratford and having to move to each location really meant that we had to work very hard as a team. I liked this because ensemble work isn't usually associated with Shakespeare and it was really interesting to work together in the play. Being able to perform on stage at The Other Place was a great experience. The lighting and music, including the drum beats, really made the scene atmospheric and the drum beats made Caesar's stabbing a lot more tense. As well as this, the added atmosphere created by the lighting and music allowed us to get into character.In conclusion, being involved in this production of Julius Caesar was highly enjoyable and allowed me to feel more confident performing in front of a large audience, and improved my ability to work as part of an ensemble. 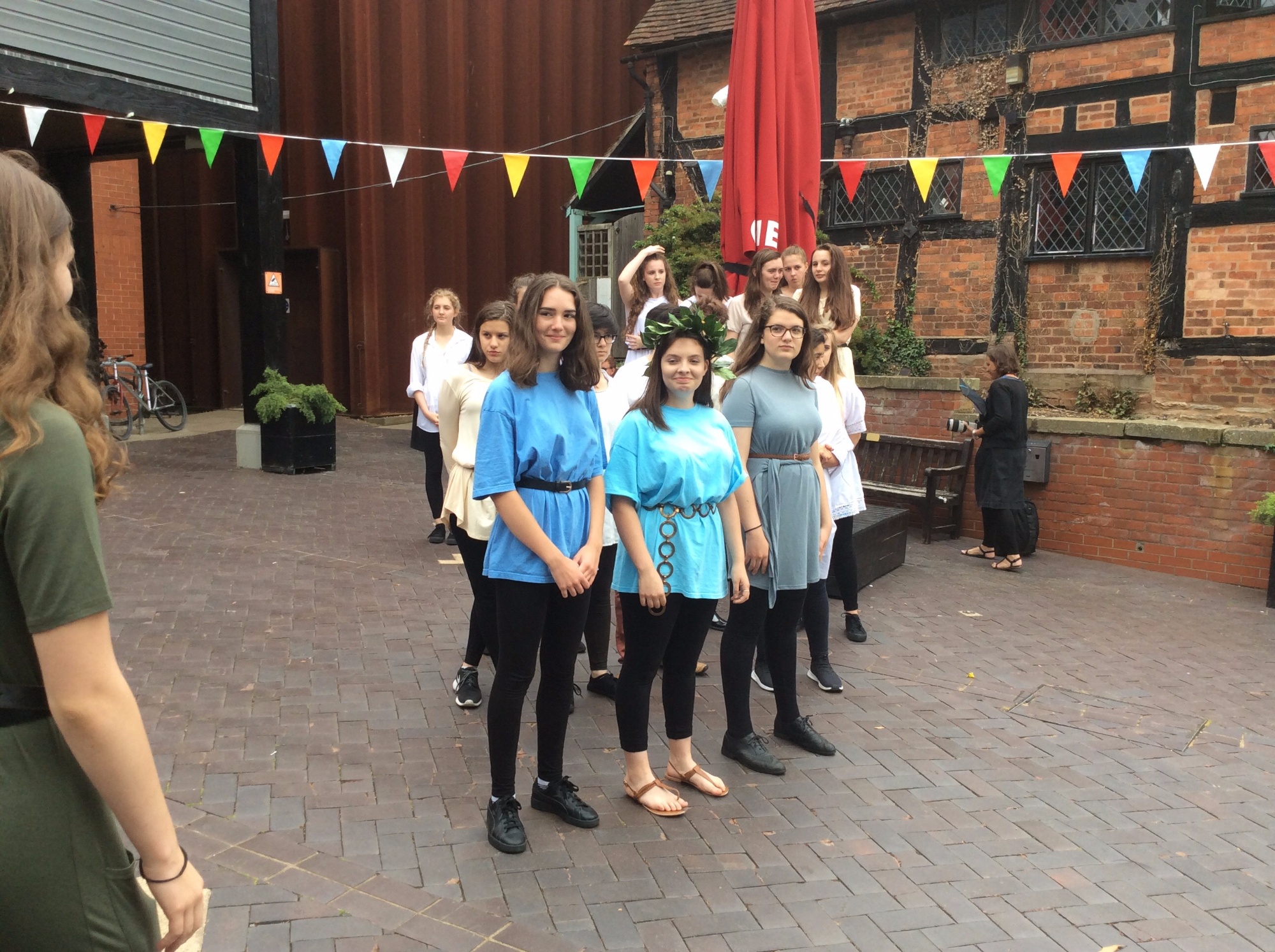 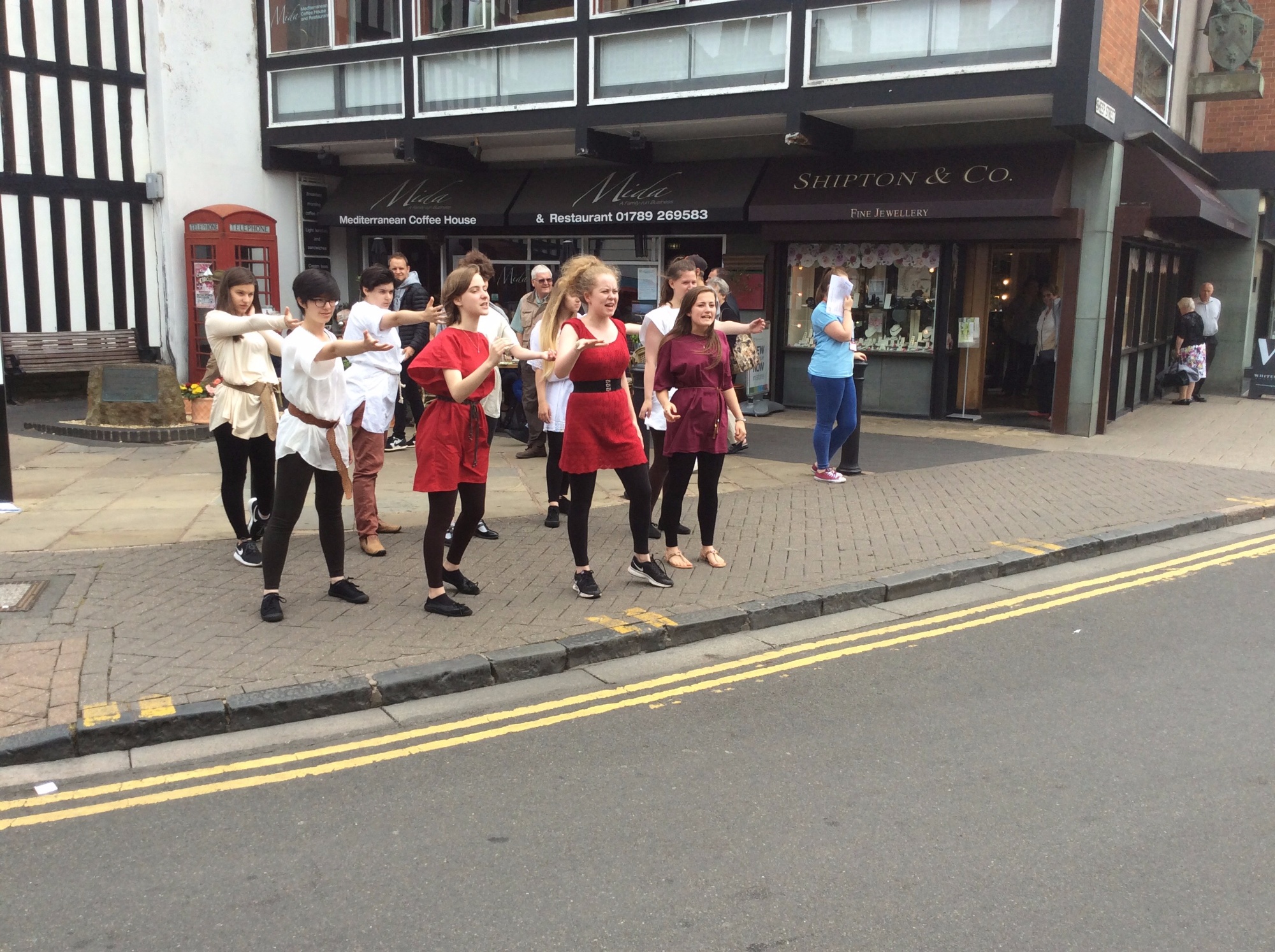 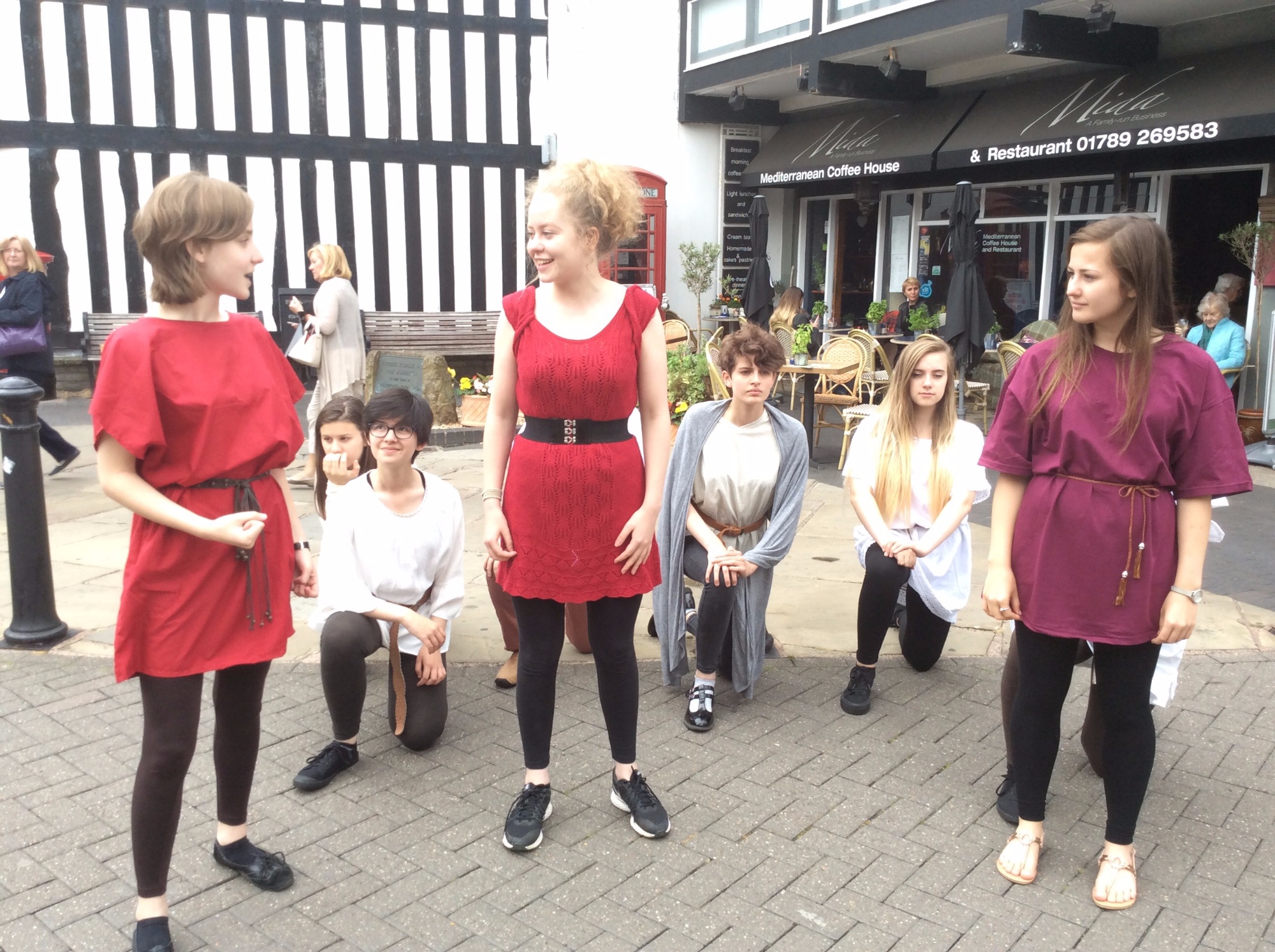 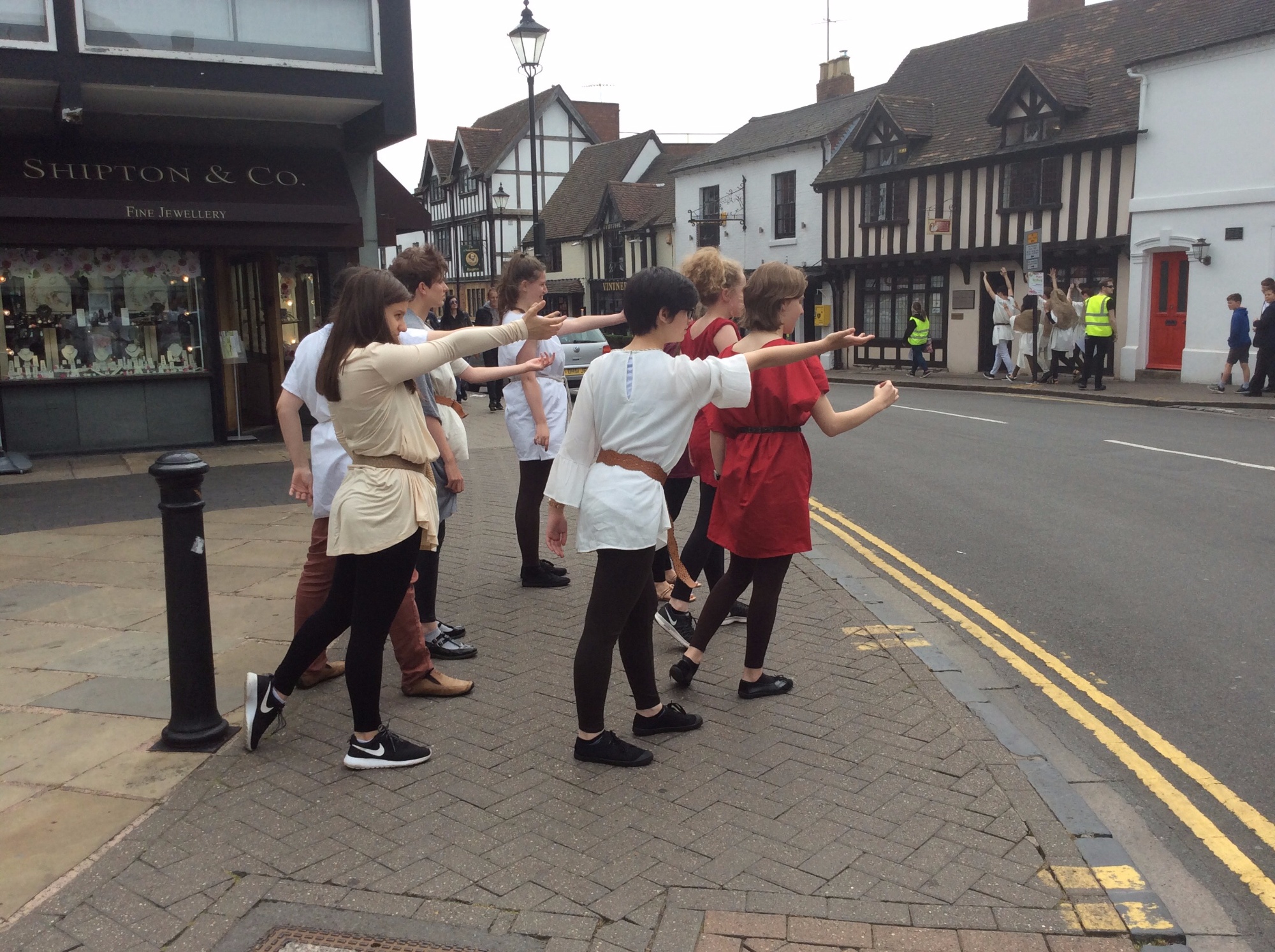 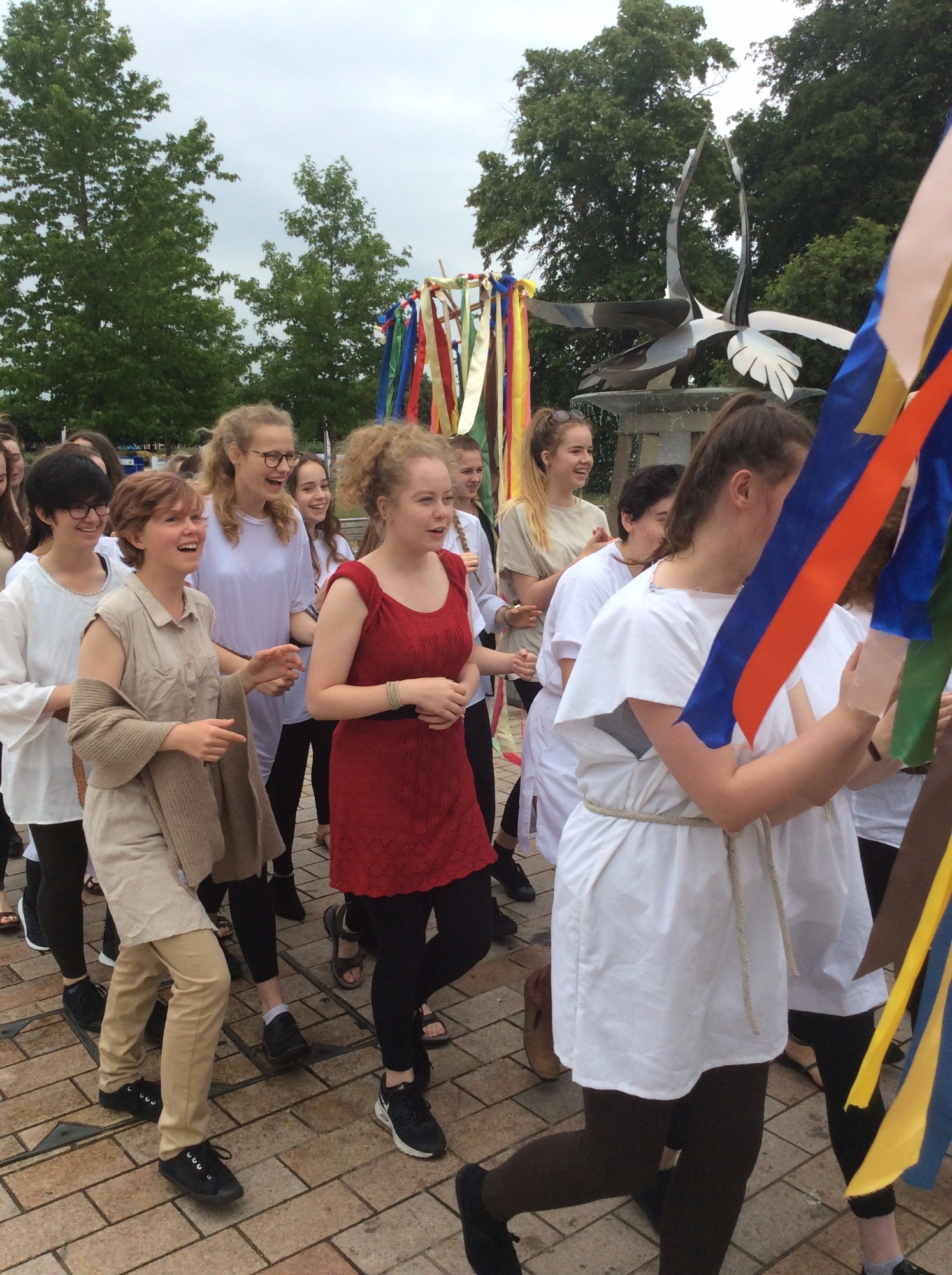