Special Recognition at The Pride Of Warwick Awards 2017

On Friday 30 June, Warwick District came together at the Chesford Grange Hotel to acknowledge the very best achievements in both business and the community.  Sponsored by 102TouchFM, and supported by Philips66, the evening was a dazzling event, acknowledging individuals, businesses and community organisations with truly inspirational stories.  It’s about those who have really made a difference – improving the local community, the local economy or the lives of other people.

SGGS are enormously proud of our Year 12 student Sanchia Hansen.  We learned of her nomination for the awards – something she’d been keeping fairly quiet – and were delighted for her.  Initially nominated for the category of Carer Of The Year, she then received an additional nomination for Citizen Of The Year.

On the evening of the awards, Sanchia actually received a Special Award for her extensive volunteering commitment to both the young and old, in the local community.  Judges were so impressed with her approach and extensive repertoire, particularly for someone of her years, they felt she deserved particular recognition in her own right.  And we agree!  Mrs Cornell commented:  "We are all very proud of you Sanchia - well done and well deserved!!"

The citation for her award is as follows: 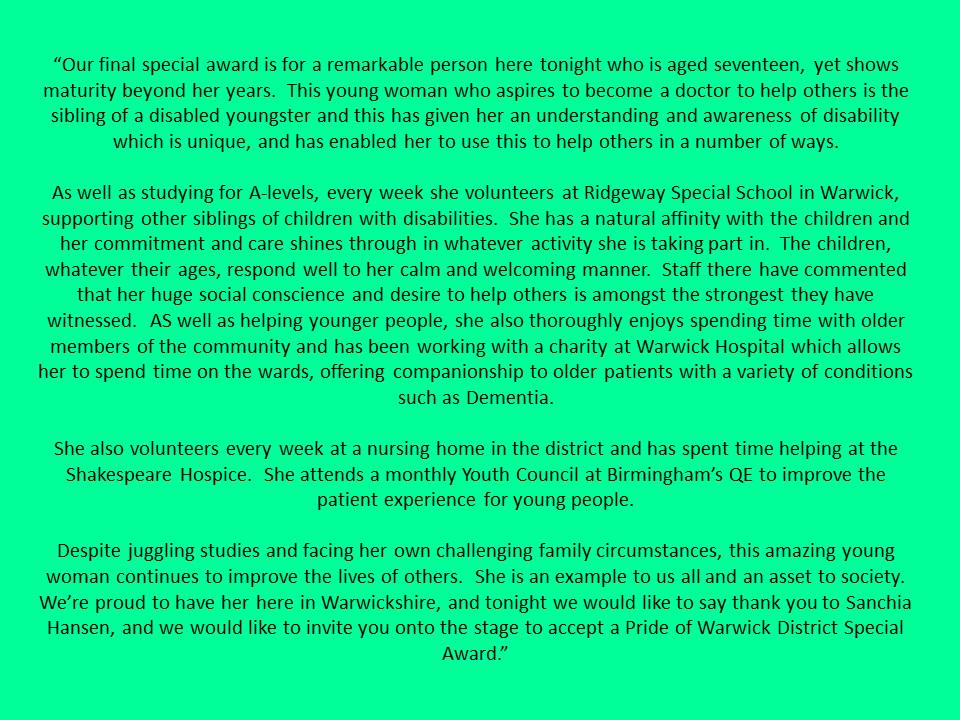 Sanchia’s mother Kate, said: ‘We were all bowled over when we were told of Sanchia’s nominations.  We’ve always known what an amazing young lady she is, but we had no inkling she’d been put forward by others in recognition of her contribution.  Needless to say, Chia didn’t want a fuss being made because she didn’t think she was worthy of such an accolade!  Both she and her brother are amazing siblings to Harry and very special people in their own rights.  We are incredibly proud!’

Well done, Sanchia!  We are all amazed by you and extremely proud and pleased by the recognition you've received. 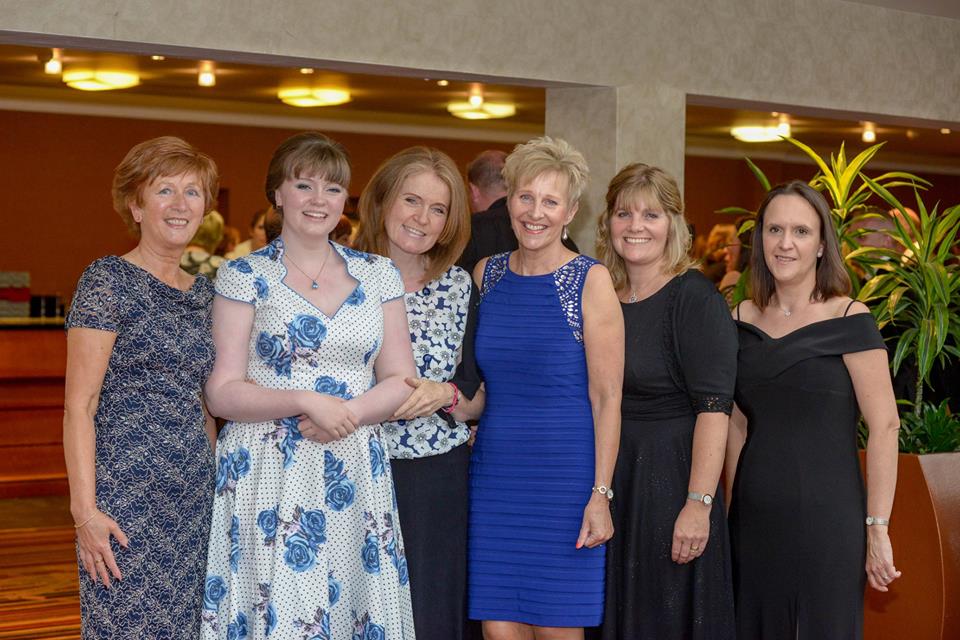