Year 8 student Ciara was part of the Solihull Core Theatre production of Sleeping Beauty in December.  We asked her to tell us all about her experience...

Back in July last year, I decided to audition for a part in the Christmas pantomime at Solihull Core Theatre, which was being produced by a professional theatre company, after I'd seen a poster for it at my Stagecoach Theatre group.  As I entered the studio there were lots of people showing off their flexibility by doing insane tricks and stretches. Of course, this was quite intimidating but I went into the audition and didn’t let my nerves show.

The first thing we did was learn a difficult dance at a very fast pace - they really threw us in at the deep end! - which they then asked us to perform in small groups.  They then taught us another dance, but this time it was very cheesy and they were looking out for facial expression.  Then it was onto singing.  We sang a song as a whole group and then we were asked to sing parts in groups of two or three.

Our acting skills were tested through the performance of a dualogue from the show, and then lastly they asked us to perform both dances again several times.  160 people auditioned during the day, 8-12 year olds in the morning and 13-16 year olds (my group even though I was only going to be 13 in the October) in the afternoon, but with only 30 places available, selection was both a great opportunity and an enormous challenge.

But it wasn’t just the audition that was intense... The rehearsal schedule was a bit of a shock; every day after school from 5-8pm and all weekend for ridiculously long hours for three weeks up to the first performance!  The very first rehearsal took us all by surprise as it was so fast paced - we learnt a complicated three minute dance in two hours (it normally takes much longer)!!  By the third rehearsal there were even some tears, but by the fourth everyone was settled in. I made friends really quickly and everyone was so nice even though a lot of them knew each other already. At the sixth rehearsal we met the adult principal actors who had only been there for one day. They too were really friendly and were amazed at what we had done in just six days.

By the following Friday which was our fourteenth rehearsal we did a full run through of the whole show with my team. It was still in the studio but it was really interesting to see how everything fit together. We then moved into the theatre itself to start technical rehearsals which were really intense and very tiring. There were parts which they had to keep doing for an hour for just a one minute section of the performance! We were there until 10pm on the Tuesday and Wednesday and then had our dress rehearsal on the Friday.  The dress rehearsal went really well and it was so exciting doing the show exactly as it was going to be in the actual performance.

On Saturday 15th December, it was my first performance and it went so well. In all the previous run throughs we didn’t have any audience interaction as it was just to the production team, so it was amazing to do the performance with a proper audience laughing at the jokes etc. All the performances went really well and time went by so fast.  There were thirteen shows altogether, and each one was just fanastic.  I felt sad to come to the end of the run; the team had become like family and there is nothing better than performing on stage with a group of hugely talented individuals.  It was a great experience - one that I'm always going to remember and who knows where it might lead! 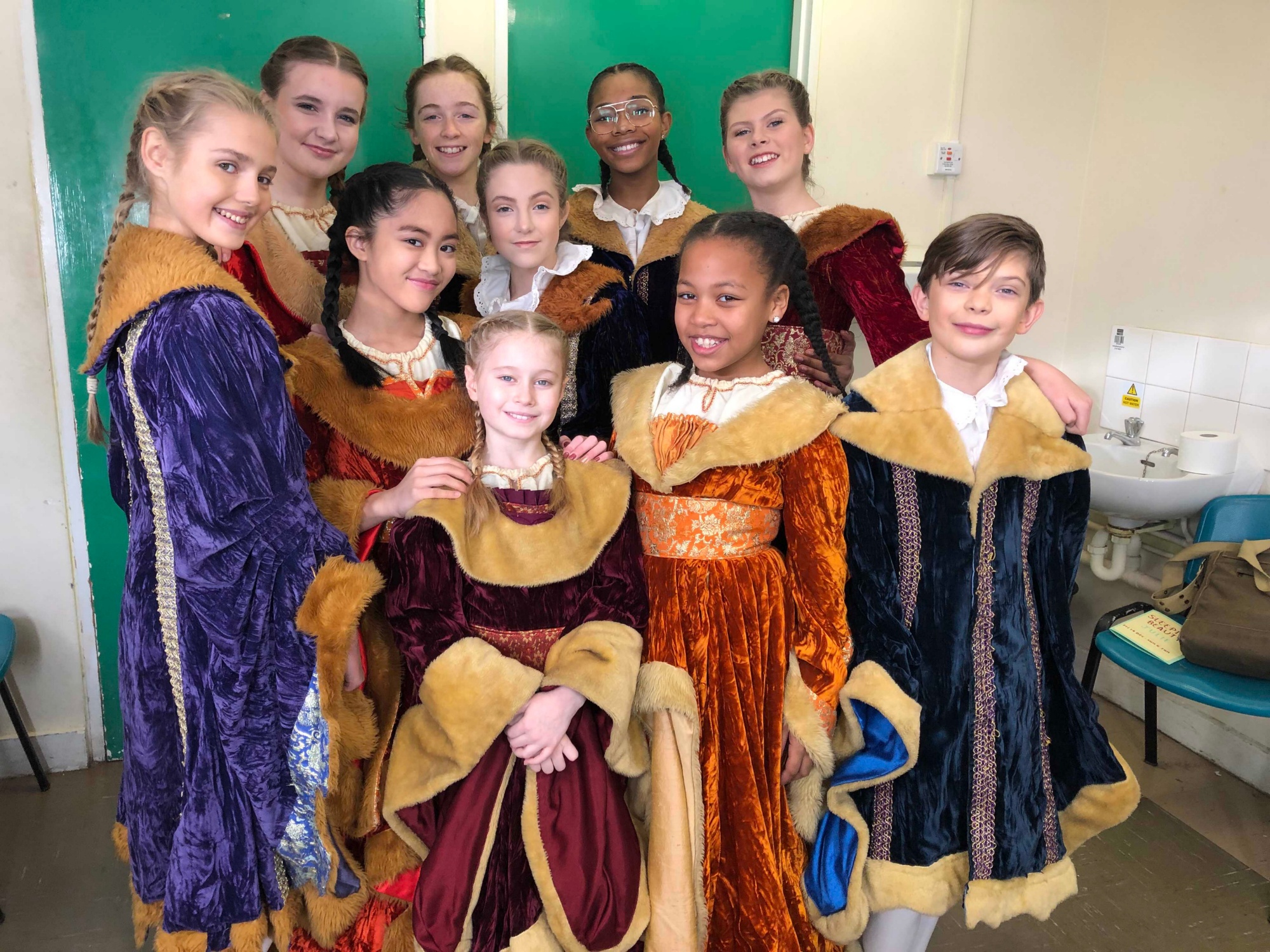