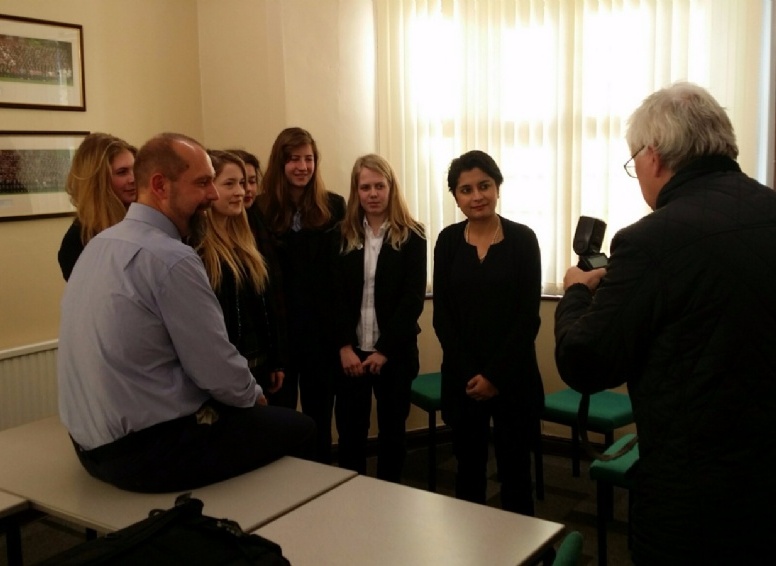 Was the decision by the editors of Charlie Hebdo to publish a second cover of their magazine, depicting the image of Prophet Muhammad, the right one?

This was just one aspect of freedom of speech discussed with Shami Chakrabarti, Director of the British civil liberties organisation, Liberty, when she visited the school in January.  Asked for her opinion on whether or not the editors were right to publish, Ms Chakrabarti shared her belief that “freedom of speech is vital and therefore people have a right to offend, but not a duty to do so.”

Following her address, Year 10, Year 11 and Sixth Form students participated in a perceptive question and answer session, putting forward a wide variety of questions.  When asked about the issue of blanket surveillance tactics and the right to privacy, for instance, Ms Chakrabarti said, “Better, when you are looking for a needle, to build a smaller haystack.”

We were thrilled to have Ms Chakrabarti at school, particularly on Democracy Day, and she certainly gave our girls a thought-provoking and invigorating hour of her time!