Journey of Adventure at SGGS 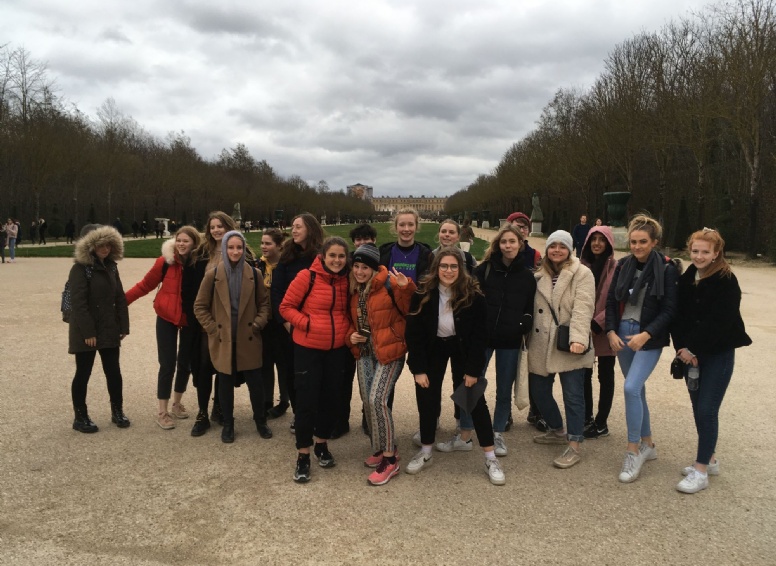 Students at Stratford Girls’ Grammar School are certainly expanding their horizons, with a series of field trips across Europe taking place over the past few weeks.

Year 12 students took part in the ground-breaking Holocaust Educational Trust's Lessons from Auschwitz Project – a one day trip to the concentration camps of Auschwitz I and Auschwitz-Birkenau in Poland. Since 1999, over 41,000 students and teachers have taken part in the project, which aims to increase knowledge and understanding of the Holocaust for young people; clearly highlighting what can happen if prejudice and racism become acceptable.

As a part of the project, Stratford Girls’ Grammar School participated in two preliminary and reflective seminars. They heard first hand from Polish Holocaust survivor Hannah Lewis MBE, whose father and cousin joined the partisans and whose mother had been killed by the Sonderkommando while trying to protect her. The group then travelled to Poland to see the Auschwitz concentration and death camps before taking part in a candlelit memorial service.

Returning from their trip, the students are now creating a presentation outlining their experience and sharing what they have learnt with their peers in the form of an assembly and a spiritual, moral, social and cultural (SMSC) development session.

Students Imogen Barnes and Rosie Winder said, “We are both really appreciative of the opportunity we were given and neither of us will ever forget it, nor the impact it has had on us.”

In addition, a group of sixth formers travelled to Paris on a French Revolution History trip, where they enjoyed the sights of famous landmarks, beginning with a guided tour of The Louvre, the world's largest art museum and a historic monument in Paris. This was followed by a visit to ‘Les Invalides’, a home for injured soldiers under Louis XVI and a key building during the Storming of the Bastille; before moving onto Napoleon’s tomb, with its magnificent marble floors, 12 statues representing each of his decisive battles, and a huge casket in the centre of the entire building.

The students were also taken to other interesting historical sites in Paris, including where the Bastille fortress originally stood, the Pantheon, the Hotel de Ville and many more. At each venue, students were handed booklets containing questions to create discussion between the group on their findings.

Reflecting on the Paris trip, student Gracie Mitchell commented, “Not only did we all learn some helpful facts for our History A-Level, but we had a great time as well.”

Stratford Girls’ Grammar School runs an active programme of extra-curricular activities and experiences that encourage students to be culturally competent and considerate of the wider world.