In our latest blog, we introduce the new additions to the school’s House Captains and Head Girl Teams and showcase the aspirations and objectives they bring to their new roles. 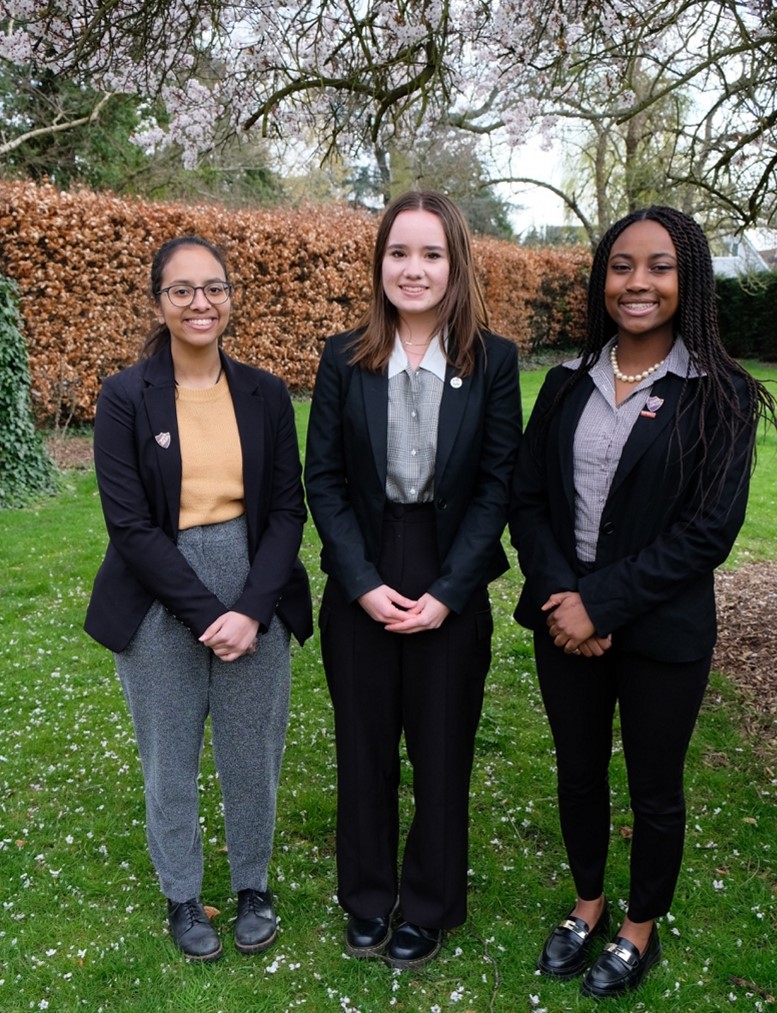 I was encouraged to apply for a student leadership role because I thought it would be a great opportunity to consolidate key skills that I’ve developed in the past few years at SGGS – namely confidence and communication. I think this school has a lot to offer and I wanted to be at the heart of maximising that.

Initially, I was a bit shocked when I found out I was selected… people who know me can attest to the fact I’m not often left speechless, but it took a few days to sink in. The application for Head Girl was a fairly long process and my mindset was very much, 'regardless of the outcome, even the process of writing a formal letter or taking part in interviews is a worthwhile experience'. Since joining the student leadership team, the Head Girl Team have been involved in representing the school on Open Days (albeit virtually), and the student body at Governors’ Meetings. We’ve also been involved in supporting SLT to put on amazing events, such as the ‘SGGSFestival’ as part of the Year 11’s Step into Sixth Form week and recently judged SGGS’ own edition of Taskmaster (with our House Captains competing), which was a lot of fun and shred through House Assemblies.

Although we had expected to have slightly more freedom in terms of Covid-19 restrictions, the student leadership team is still working hard to try and make the days in the last week of term special. I hope we can celebrate our amazing community and reflect on the achievement of the last year, despite all the obstacles… hopefully, there’ll be more episodes of Taskmaster to come as well!

I was very eager to apply for a student leadership role because it opened a plethora of opportunities to work alongside students, who were dedicated to serving the school, and teachers with knowledge and experience. The past Head Girls Teams have always been people that I aspired to be like. They seemed to exude a confident yet caring manner, which I found to be very admirable. I wanted to give back to a school that had so heavily influenced me to want to be the best version of myself and being a part of the student leadership team is such an honour and a privilege, even more so at a school known for its excellence.

When we found out that we had been selected, we were thrilled and full of excitement. I received a call from Mrs Cornell and when she told me, I found myself trying to suppress my joy so that I could continue to look professional and level-headed.

Hear from Poppy and Cora, our new Cygnus Captains… 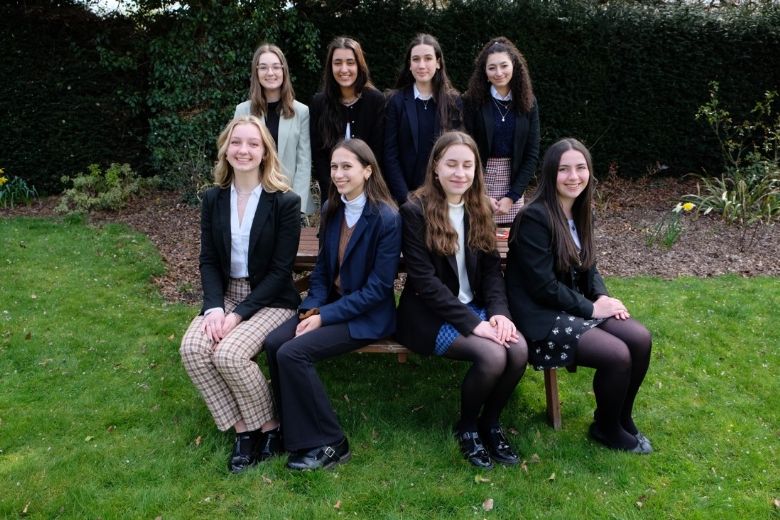 We decided to apply this year because we wanted to take on a bigger, more significant role in the school and help support the running of House events. We’ve always admired the Stratford Girls’ Grammar School House Captain’s and respected the devotion the existing Captains had for their role. Their enthusiasm shown in videos and assemblies was incredibly impressive and we really wanted to be a part of this too. The selection process was competitive and there were many different stages to get through, so when we achieved the position, we were very pleased, even grateful, and immediately got excited about the opportunities that September will bring.

Since our appointments, we have been involved in running and supporting many events, such as the Year 11 ‘SGGSFestival’ and the 100-challenge charity event. We have also created a few videos of the eight of us in preparation for events such as Sports Day, House assemblies and introduction videos. Selecting the new Y10 Prefects was a hard decision to make, we had to ensure they had a balance of all the necessary skills and most importantly were enthusiastic about House spirit. For the rest of this academic year, we will be busy preparing for the final day of term, which involves running a series of activities for the whole school and we are currently in the process of creating a video for the new Sixth Form students to be shown at their virtual Open Day.

Next up, our Orion Captains, Angelie and Vez…

The House community is fundamental here at SGGS, which is why we applied for the student leadership roles. The House Captain positions were a perfect way to play a part in the community and encourage others to do the same. With this opportunity, we hope to develop vital transferrable skills like being a team leader and a heightened sense of resilience. Coming up next, we are working on a promotional Sports Day video and a plan for the last day of the school year, in which we hope to provide students with a day focused on House spirit and teambuilding. We hope this will be enjoyable after an extremely challenging year for everyone.

We also have a few projects that are currently underway such as planning the House Festival at the end of the school year and organising weekly Friday quizzes that are being thoroughly enjoyed by each Tutor Group. We have also taken part in filming assemblies and appointed four new Y10 Prefects to join the team.

Since Year 7, we have always admired the student leadership team, especially the House Captains and enjoyed getting involved in the activities organised by student leaders. When looking at their roles and what their responsibilities included, we knew that we both wanted to be involved with school events. After hearing the news that we had been selected, we were very happy and excited to help reinforce the school’s strong sense of community.

Part of our roles has meant that we’ve been helping to organise activities for the end of the Summer Term, to end the year on a positive note. The resilience of the school in achieving this is something that we feel passionately about carrying forward over the next academic year so that as a student leadership team, we can continue to rebuild a tangible sense of community across the school. Since becoming House Captains, we have been involved in coordinating House Council, making weekly House quizzes, organising and planning assemblies and selecting the Phoenix Year 10 House Prefects. At the moment, we are in the initial planning stages of the Winter House Festival where we look forward to bringing the Houses together.

Finally, over to SGGS’s Ursa House Captains, Amara and Millie...

Throughout our time at SGGS, we have always looked up to student leadership and been inspired by their commitment to their roles. As a result, we both felt that we wanted to apply this year to fill those shoes for the younger year groups and demonstrate the same dedication. When we found out that we had been successful, we were incredibly proud of our accomplishments as we achieved something that we really wanted and it meant that all of our hard work had paid off!

Since taking on these roles, we’ve both taken part in organising school feedback systems, creating weekly quizzes and filming many fun assemblies and other videos – a personal favourite being the SGGS version of Taskmaster. A key part of being on the student leadership team is to create a strong sense of community for all students, something we aim to do through events and activities like these, and we hope to continue to do this for the rest of this year. Additionally, we’ve been busy recruiting four House Prefects from Year 10, which involved both an application and interview stage. After creating a short video to encourage applicants, it was very interesting to read through their letters and hear about other perspectives from the younger Year Groups. We narrowed it down to half of the applicants for the interview stage, before choosing our final four. It was tough, but this process gave us the opportunity to hear from the different viewpoints of younger students and allowed us to practice our interview skills. It was a great experience and all candidates would’ve made excellent Prefects but unfortunately, we could only have four and we are confident that they will do a great job of supporting us in the future.

Congratulations to Stratford Girls’ Grammar School’s latest House Captains and new members of the Head Girls Team. We look forward to seeing your creative and ambitious ideas come to life within the final weeks of term and into the new academic year.