A level English Trip to The Globe 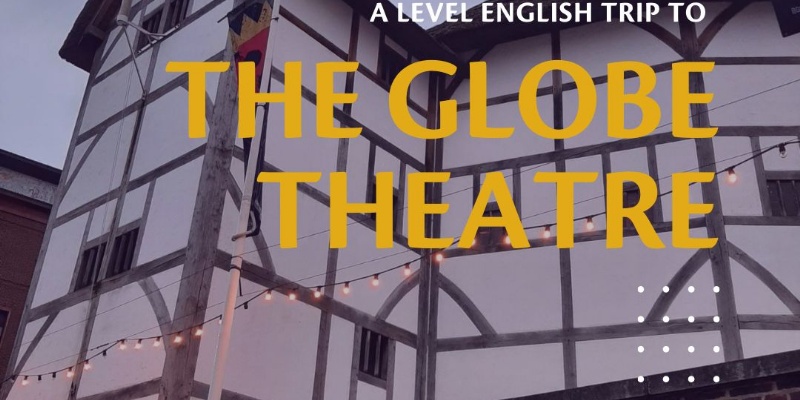 Atmospherically lit with swinging candles and charged with the external threat of impending war; this tragedy struck more than one prescient note with the forty Sixth Form Literature students who travelled to Shakespeare’s Globe Theatre to watch this startling production.

Hamlet, not normally a tragedy associated with laugh out loud moments, took full advantage of George Fouracres’ comedic pedigree whilst playing the eponymous role. Bulging 'Brummie' syllables gave fuel to some oddly metred lines yet the young Prince’s despair over his mother’s speedy marriage to his (court jester clad) Uncle; and the murder of his father, saw revenge exacted in a bloody, and watery, climax.

Artistic Director, Sean Holmes made some bold decisions with this production – not least the incessant Morrissey interjections and grave-digger sing-a-long moment – but it actually worked.

For some, this was their first return to live theatre following the pandemic and it was, all things considered, a rather beautiful and most entertaining afternoon. A little less tragedy than anticipated: but nonetheless; more mirth than spite.

A great afternoon’s experience for all our Literature students.