Year 12's Government and Politics student Imogen gives us an amusing recount of the trip to Westminster...

On Monday 5th October our Year 12 Government and Politics class took the three hour minibus journey to London.  What might have been an arduous and boring journey was made far more exciting due to Mr Giles’ good planning; to our delight we had our weekly Media Monday quiz to test our knowledge on the week’s politics.  Despite the seemingly broken air conditioning, and Mr Giles promptly putting his headphones in to block out our chatting, the journey was enjoyed, or maybe tolerated, by all.

Once in Parliament Square, we started our day with a visit to Westminster Abbey.  Who needed a guided tour, when we had our very own tour guide in the form of Mr Giles!  With his tour, we visited the tombs of many royals such as Edward the Confessor and Elizabeth I and also Poet’s Corner.  There were occasional moments of slight confusion as to whom everyone was, but in the end we did manage to recognise the difference between Mary I and Mary Queen of Scots.  This was useful as it allowed us to learn the significance of Westminster Abbey in the history of the country and also its traditional relevance in politics. 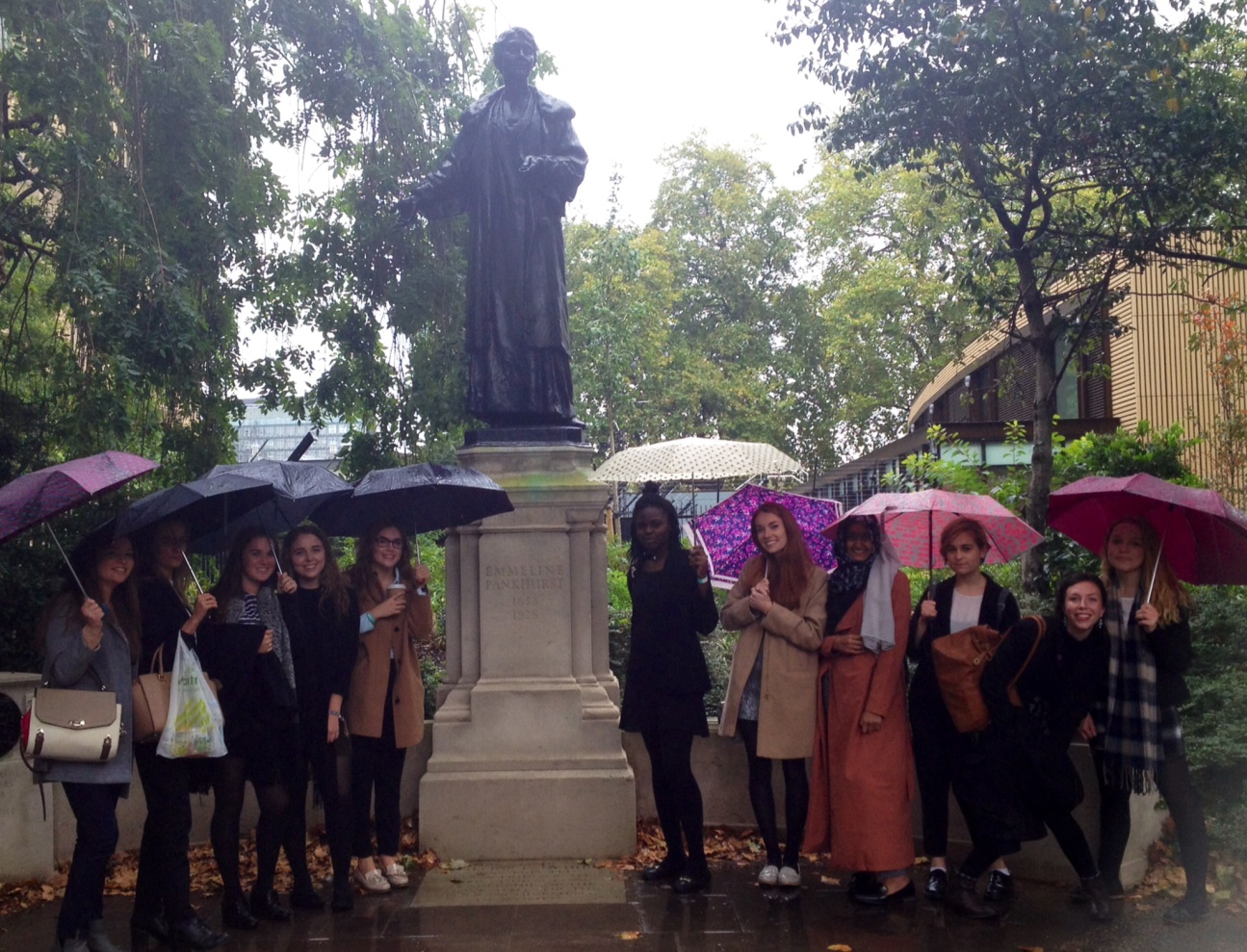 Next we entered the final phase of our trip, a tour of the Houses of Parliament.  We entered the Palace of Westminster from the Queen’s entrance and climbed the stairs, scratched from the boots of the household cavalry over the years. Our tour took us through the many chambers of the Houses of Parliament, we learnt about the historic uses of each room and the significance of the many murals, portraits and colours displayed throughout the building.  We learnt more about how the House of Lords and House of Commons worked, who was able to sit in them and their history.  In the House of Commons we learnt about features such as how the MPs vote on particular issues and the role of the Speaker.

This was very much a walking tour as we were not allowed to sit down in the House of Lords or the House of Commons - so we were all so very thankful for the sit down when our lesson on the methods of voting came!  During this, we learnt how the outcome of elections can be severely affected by the method of voting used.  The class was split into three opposing political teams who went against each other to win points by answering questions, cheering and wearing the leader’s hat for the full duration.   We also had a mini election in order to see how the outcome would be affected by different voting systems.  This worked well despite a few members of the class “accidentally” voting for a different party to their own.  In the end, we all understood the different methods of voting much better and saw how some systems may be more democratic than others.  What we thought were the final scores were fairly close, with the ‘b’ team in the lead.  However, in a surprise decision we were offered the chance to win 20 bonus points, a clear decider if we could answer one last question correctly:  Larry lives at 10 Downing Street, who is Larry?

Due to this last minute opportunity, the results changed with the ‘c’ team coming in first.

As the end of the day came, we were reluctant to leave, but got back on the minibus ready for a sleep.  We would like to say a big thank you to Mr Giles and Mr McAnaney for taking us to Westminster, putting up with our constant talking, and helping us to spot potential boyfriends.  We all learnt a lot from the trip and believe it was a hugely valuable experience for our A-Level course.

By the way, Larry is the cat, or Chief Mouser of Downing Street.